When the corporate regulator raided Melissa Caddick’s Dover Heights home in late 2020 over her Ponzi scheme, in which she fleeced investors of $23 million, it was not her first criminal endeavour – or even her second or her third.

Caddick, 49, vanished within hours of the raid. Three months later, her partial remains washed up in a running shoe which washed ashore at a remote beach some 400 kilometres south of Sydney. A coronial inquest into her presumed death will be held in September. 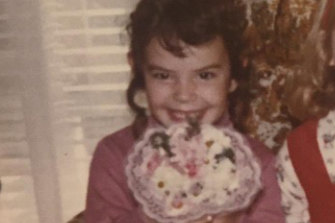 Melissa Caddick as a child.

The second episode of the investigative podcast, Liar Liar: Melissa Caddick and the Missing Millions, reveals on Monday that for years Caddick had engaged in serious criminal endeavours but when caught, she either talked her way out of it or her employer fired her but decided against calling the police.

“Most fraudsters, even the major, major ones who steal millions of dollars, generally start off with a tiny little fraud,” forensic psychiatrist Julian Parmegiani told the podcast. “They don’t become Bernie Madoff overnight.“.

Instead, if the frauds go unpunished, the magnitude of the fraudster’s offending escalates, he said.

In one of her first jobs, Caddick was caught forging her boss’s signature on cheques and was fired. In her next job, where she was employed as a financial planner, she found a fresh scam to swindle her clients.

When financial planner Hilton Woolf took over a client who had previously used Caddick, Woolf knew something was very wrong.

In 2001 Caddick had invested the client’s $104,000 in an MLC investment product. But now, several years down the track, the investment had failed to make the expected returns. 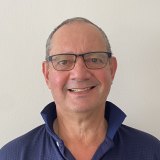 “I realised that something’s wrong, but I couldn’t pinpoint it,” Woolf said.

It wasn’t until he requested his client’s original documentation from a major financial institution, MLC, that Woolf discovered her con. Caddick had used Tipp-ex, or correction fluid, to doctor the form to give herself double the amount she was entitled to.

The client had agreed to pay her a $3432 upfront “fee for service” instead of a commission. On the form, where she was asked: “Would you like to allocate a portion of your initial (upfront) remuneration as additional units to your client?” Caddick ticked “yes” and circled 100 per cent. This meant she was giving up any entitlement to take a commission.

However, when Woolf looked at what she had submitted to MLC, to his astonishment, he saw that she had “Tipp-exed” this out to give herself a hefty commission, which MLC paid her. Woolf said that MLC was not aware that she had already been fully paid for her services.

This meant that the client had not invested $104,000, as Caddick had stolen a chunk of his investment.

“Rip off. That’s the word to use,” Woolf told the podcast. However, when he confronted Caddick she said, “Oh, golly me, my secretary messed up here.” Her boss also believed it was a genuine mistake.

But Woolf is certain that this was no one-off error.

“I know, as the sun’s gonna rise in the east tomorrow, this could not have been the only application form that this was done to,” he said.

The podcast also looks at Caddick’s childhood in Sydney’s southern suburbs and her education. According to her friends, she wasn’t particularly outstanding at anything during her school years and particularly not at maths.

One of her oldest friends Kate Horn told the podcast that Caddick undertook the most basic maths course at school and “she struggled a little bit with that.”

Her supposed financial wizardry later in life was something her friend thought had “developed with maturity.”

As well as forging cheques and altering documents, the podcast also reveals Caddick’s astonishing lies on her CV.

She claimed that by her early 20s she was managing daily cash flows for the entire NRMA Group, which “totalled 17 entities with a combined annual turnover in excess of $250 billion”.

Caddick, who didn’t get the required marks to get into university, later lied about her tertiary education both on her CV and in later documents.

The University of Technology Sydney said that it had “no record of completion of a Graduate Diploma in Finance or Masters of Business in Finance – or indeed any qualification – under the name of Melissa Caddick or Melissa Grimley.”

Including false qualifications on a legal document, which Caddick did, is a criminal offence which has seen people jailed in the past.

The emotional and financial havoc she wreaked upon her investors may have been avoided if she had been dealt with when caught over her early frauds.

“It’s a real message to those people who catch someone out there, they have to report it, because they’re not doing their next victim a favour,” said Dr Parmegiani.