A fiery multi-car crash left four dead, including a pregnant woman and an infant, in Los Angeles’ Windsor Hills neighborhood Thursday, according to authorities.

The crash at La Brea and Slauson avenues was a “multiple casualty incident,” with reports of numerous injuries, the Los Angeles County Fire Department said in a tweet. The department responded to the crash just after 1:40 p.m.

Officer Franco Pepi, a California Highway Patrol spokesperson, said four people were killed in the crash: three adults and an infant. One of the adults was a pregnant woman.

Footage of the crash shows fire trucks on scene and cars on fire.

Smoke could be seen billowing from miles away. 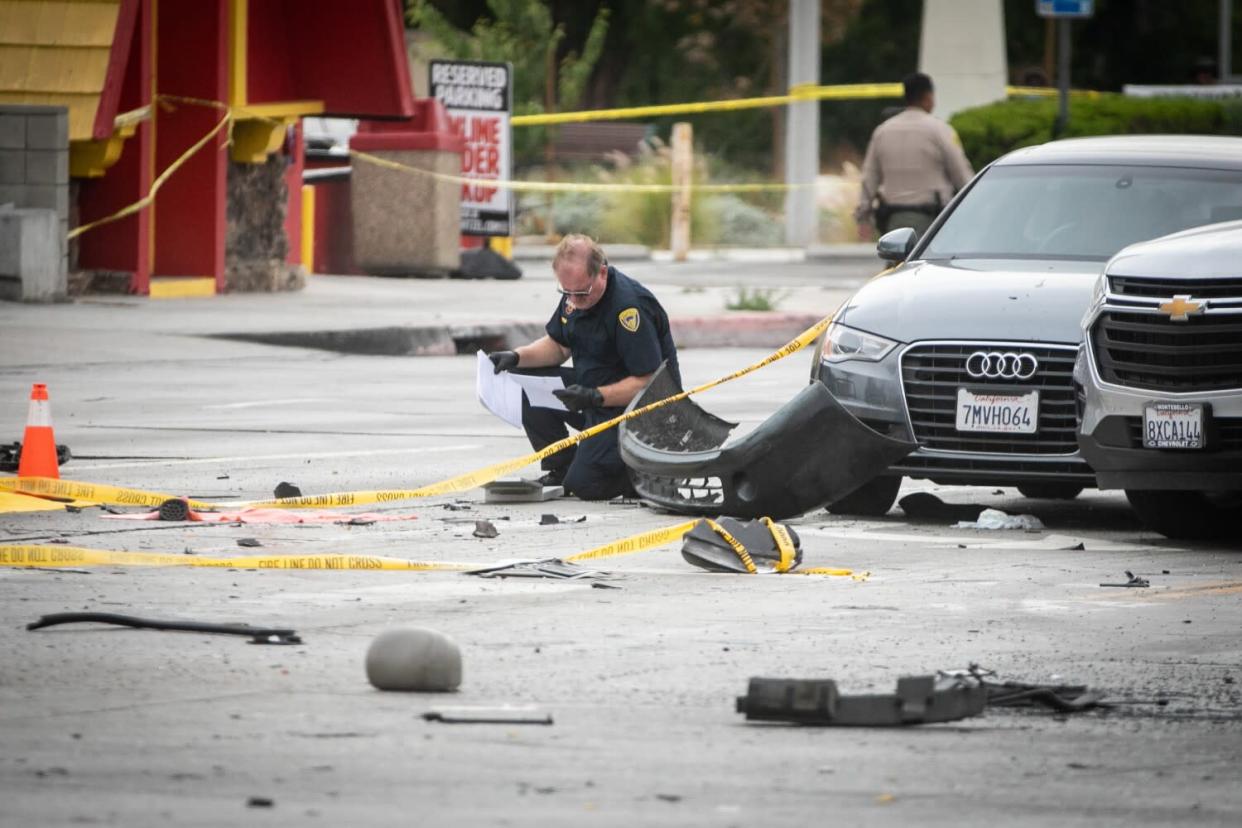 A woman who did not want to be named told The Times a Mercedes-Benz hit her car as she was leaving a United Oil gas station.

“I was getting out, had got gas,” she said. “All of a sudden that Mercedes is coming at me on … fire. I didn’t have any time to think about it. It hit my car. I veered, hit the bench on the side.”

The crash caused her to fear a gasoline-fueled explosion, she told The Times.

Nearby, the wrecked Mercedes-Benz with a smashed hood had crashed into a curb.

Investigators believe the driver of the Mercedes-Benz was responsible for the crash, Pepi said. 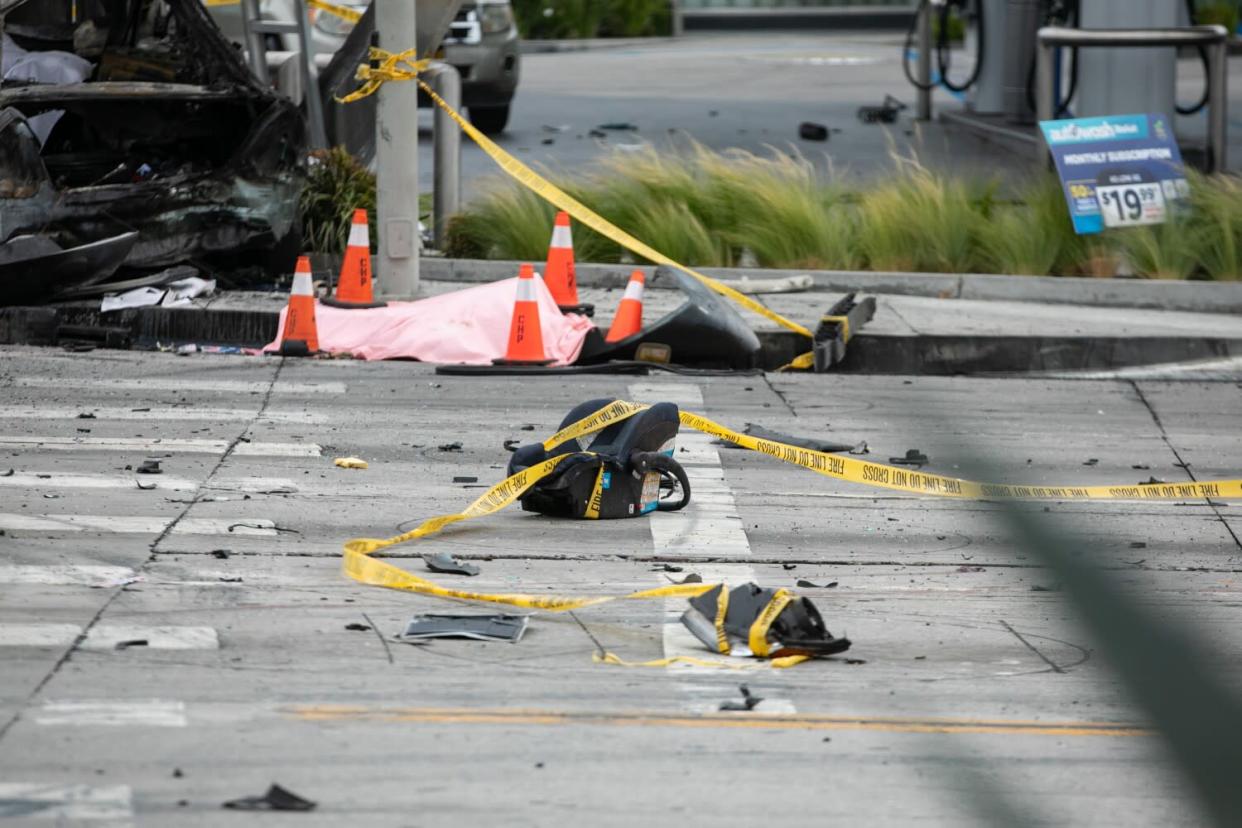 The cause of the crash was not immediately known.

This is a breaking news story and will be updated as additional information becomes available.