Geronimo owner’s final roll of the dice: Alpaca’s carer calls on Boris Johnson to intervene to save animal who is due to be put down this week after four-year legal battle

The owner of an alpaca due to be put down this week after a four-year legal battle ended in the High Court last night called on the Prime Minister to intervene.

Geronimo, eight, was effectively put on death row in 2017 when he tested positive for bovine tuberculosis after being imported from New Zealand.

Miss Macdonald, 50, argued the result was a false positive caused by Geronimo being injected with tuberculin for skin tests.

Describing herself as ‘upset and ragingly angry’ after the High Court ruling in favour of the Department for Environment, Food and Rural Affairs last Thursday, the registered veterinary nurse said: ‘I am calling on Boris Johnson to personally intervene and ask [Defra Secretary of State] George Eustice to sit down with experts and make this right.’

In the meantime, Geronimo – who won competitions for his jet black coat in New Zealand and is worth £15,000 – has been kept in isolation at her farm in Wickwar, south Gloucestershire. 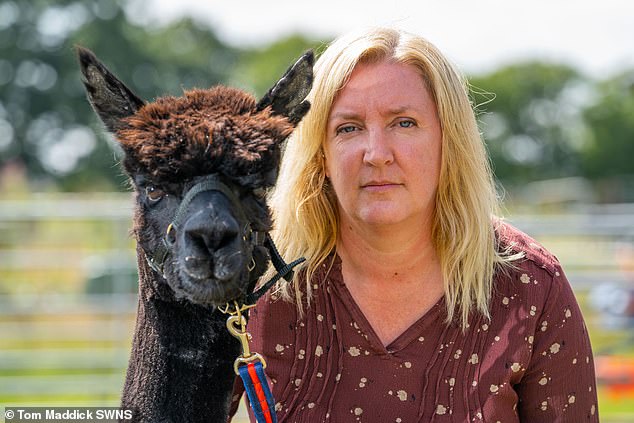 Helen Macdonald (pictured with Geronimo) has spent £100,000 in legal costs and lost her alpaca business a further £80,000 in her bid to save just one of her 75-strong herd

The legal ups and downs have seen him receive his last supper of grass pellets seven times already. No 10 declined to comment yesterday.

Miss Macdonald’s nightmare began in August 2017 when she submitted Geronimo, now eight, for a voluntary blood test for TB shortly after he was imported from New Zealand.

Defra said he had to be destroyed after the tests came back positive.

But the 50-year-old registered veterinary nurse argued it was a false positive caused by being injected with tuberculin for skin tests just before he left for the UK.

The British Alpaca Society backed her and wrote to Mr Eustice to voice concerns but the pleas fell on deaf ears.

Since then, Miss Macdonald, who fell in love with Alpacas when she first saw one in Australia in the 1980s and started breeding them 19 years ago, has spent ‘every weekend and every night’ reading through test results, scientific studies and speaking to lawyers. 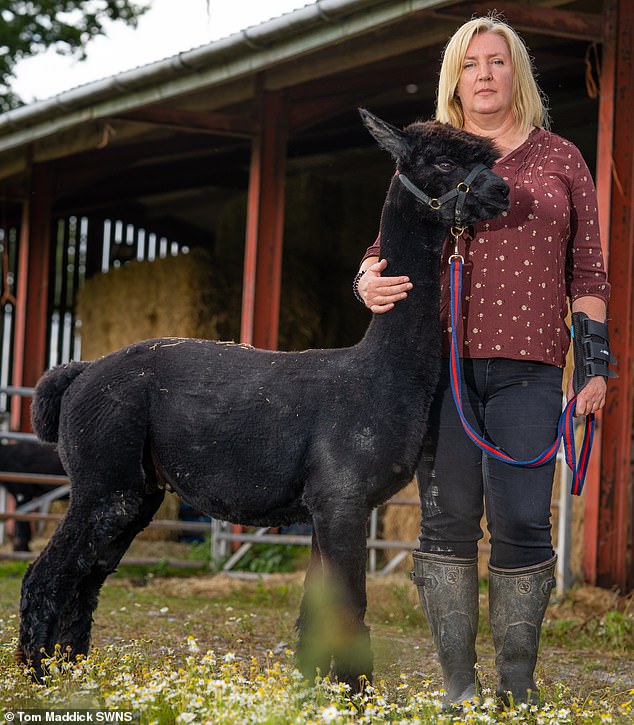 Miss Macdonald (pictured with Geronimo), who is single and has no children, has managed to scrape the money together by borrowing money from family, while online crowdfunding has also raised around £15,000

Miss Macdonald, who is single and has no children, has managed to scrape the money together by borrowing money from family.

Online crowdfunding has also raised around £15,000.

She said: ‘The court has made its decision in law but that doesn’t mean the people who created this farce aren’t accountable. There is time to put this right.’

The British Alpaca Society said Defra and the Animal and Plant Health Agency ‘hold all the cards’ because it is up to them whether more tests can be carried out.

It added: ‘BAS endorse the request for a further test of Geronimo to better understand what has happened.

‘To date, such requests have been declined by DEFRA/APHA. It appears there is a fear of finding out further information.’