An airline hired by the government to deport migrants from the UK to Rwanda has pulled out of the scheme following ‘controversy’ surrounding it and backlash from human rights campaigners.

Privilege Style was due to remove people to Rwanda in June for the first time under the government’s new immigration policy, but the flight was grounded at the last minute after intervention by the European Court of Human Rights.

The Majorca-based airline had faced calls and public demonstrations urging it to abandon the arrangement and today confirmed it would not put on any more flights. 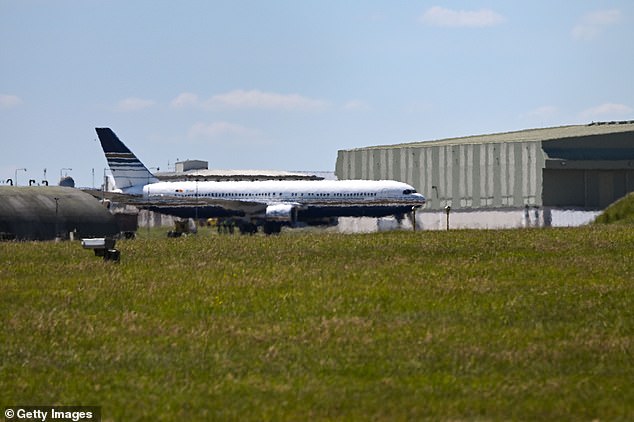 Privilege Style was due to remove people to Rwanda in June for the first time under the government’s new immigration policy, but the flight was grounded at the last minute after legal challenges

In a major blow to the government’s policy, the airline has now described the ‘controversy’ surrounding the episode and pledged to ‘never’ attempt to fly migrants to Rwanda again.

In a statement the operator said: ‘It’s important for us to clarify that we will never operate the flight to Rwanda since the one scheduled in June 2022, the reason for this controversy, was suspended and never flew; that we won’t operate flights to Rwanda in the future.’

Freedom from Torture, which led the campaign, said it had received a letter from the airline detailing the decision in which it also asked the charity to now cease ‘actions against our brand’. 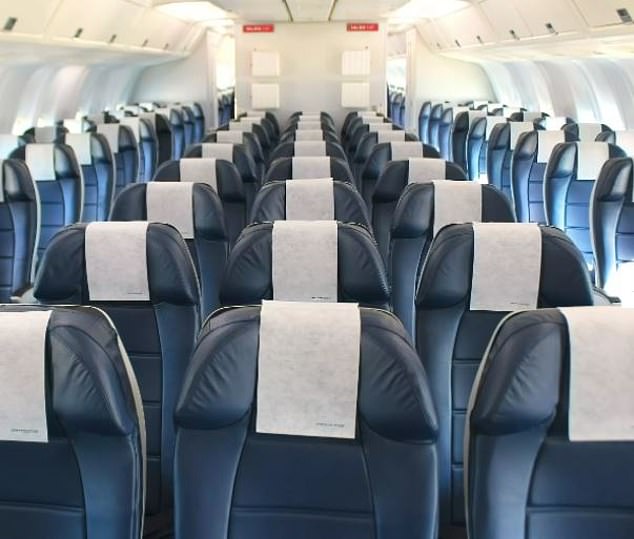 Kolbassia Haoussou, who fled torture in central Africa and now works for the charity, described the news as a ‘victory for people power’ after activists ‘stood up against the UK government’s cruel “cash for humans” Rwanda scheme’.

‘With Privilege Style pulling out, the wheels are coming off the Government’s dodgy Rwanda deal: whoever succeeds Liz Truss as Prime Minister should put an end to this inhumane plan once and for all,’ he added.

The withdrawal of the operator, which became known as the government’s ‘airline of last resort’, has prompted questions over which airline could be used to operate the government flights, should they go ahead.

Two other charter airlines that previously conducted deportation flights, Titan Airways and AirTanker, have already ruled themselves out of the scheme, the Guardian reports.

The Home Office said it does not comment on ‘operational matters’ but that the Government remained ‘committed’ to the Rwanda policy. 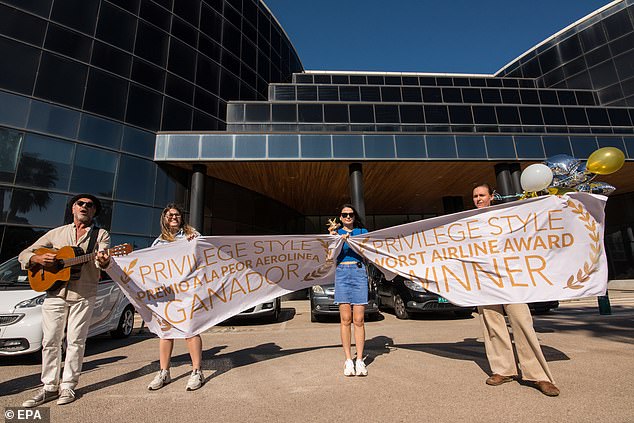 Then-Home Secretary Priti Patel announced the £120 million deportation deal in April in a bid to curb Channel crossings by people in small boats.

The legality of the arrangement has been contested in the courts, with ministers and campaigners awaiting a ruling from High Court judges on the case.

The first flight in June was halted following an 11th hour intervention from the European Court of Human Rights.

The plans had also faced condemnation from public figures including Archbishop of Canterbury Justin Welby, who said: ‘Deporting asylum seekers should shame us as a nation.’ 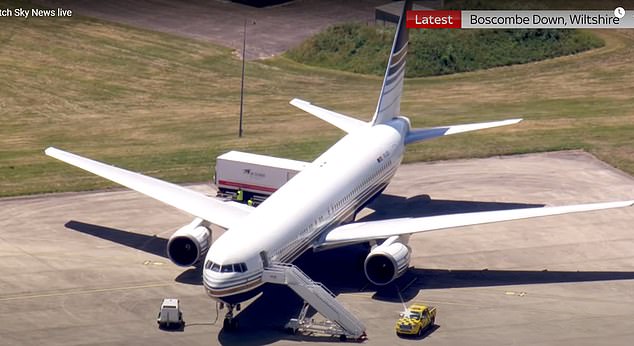 The legality of the arrangement has been contested in the courts, with ministers and campaigners awaiting a ruling from High Court judges on the case

The outgoing Prime Minister, Miss Truss, had vowed to stand by the plan, as did Rishi Sunak and other candidates who ran to become Conservative Party leader over the summer.

So far this year more than 37,500 migrants have arrived in the UK after crossing the Channel, according to provisional Government figures.

This includes over 4,500 this month alone. But the Ministry of Defence (MoD) has not recorded any arrivals in the UK since Tuesday amid poor weather conditions at sea.

A Home Office spokesman said: ‘We remain committed to our world-leading migration partnership with Rwanda, which will see those who come to the UK through dangerous, illegal and unnecessary routes relocated to Rwanda to rebuild their lives there.

‘Rwanda is a safe and secure country with a strong track record of supporting asylum seekers and we will continue to robustly defend the partnership in the courts.’

Timeline of defeat: How the first flight to Rwanda failed to take off

June 14 was meant to mark the first flight of the Government’s much-vaunted Rwanda resettlement scheme for UK asylum seekers.

At the start of the day, just seven names remained of the 130 on the original passenger list after a series of legal challenges. So how did the day unfold?

12.42pm – The Supreme Court rejected an appeal over a judge’s refusal to call off the removal of an asylum seeker due to be deported.

2.05pm – The first of four appeals before the High Court was rejected by Lord Justice Swift.

2.30pm – The second and third asylum seekers’ appeals were also refused at the High Court by Lord Swift.

3.30pm – The Prime Minister admits it may be ‘necessary to change some laws’ in an interview with Sky News to allow the Rwanda resettlement scheme.

4.30pm – A fourth asylum seeker’s claim is also rejected at the High Court by Lord Swift.

4.35pm – A Boeing 767 aircraft is spotted on the runway at MoD Boscombe Down in Wiltshire.

4.40pm – Rwanda government spokeswoman Yolande Maloki defends the resettlement scheme in a press conference and insists it is not a punishment.

6.40pm – In a decisive turning point, the European Court of Human Rights passes an injunction preventing a 54-year-old Iraqi man from being transferred on the flight.

6.55pm – Around five Home Office vans are spotted at MoD Boscombe Down.

7.20pm – Speculation mounts whether the flight will go ahead after the ECHR’s ruling.

7.45pm – Demonstrators gather at the front of Mod Boscombe Down waving banners.

9.30pm – There are reports of just three asylum seekers on the plane, which was due to take off shortly.

10pm – Reports emerge that there is just one asylum seeker left on the plane amid confusion over whether it will depart.

10.10pm – The final asylum seeker is removed from the Boeing 767 aircraft, at which point it  is announced the flight has been cancelled.