Queen of the South season five returns to the USA Network on April 29 and fans are concerned for Teresa Mendoza (played by Alice Braga). The drug kingpin was thrown under the bus by Boaz (Joseph T. Campos) when he killed Judge Lafayette (David Andrews). Teresa chose to spare Boaz’s life following his betrayal – but has she made a terrible mistake?

The latest episode of Queen of the South saw Boaz taking matters into his own hands when it came to the judge.

Teresa had promised Boaz his revenge, but he did not want to wait and kidnapped the judge without anyone knowing.

Boaz was ready to accept punishment for his actions, but fans were shocked when Teresa spared his life.

Knowing she needed him for her ever-expanding business, she was willing to take the risk.

Fans believe Teresa should have killed Boaz while she had the chance as he is certainly not someone to trust. 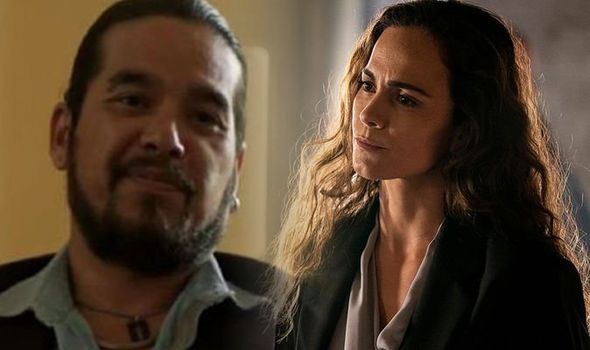 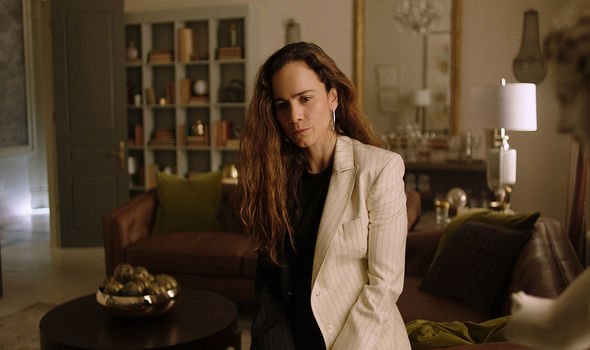 He is known for killing without remorse and has proven to be a reckless spirit, and potentially a danger to Teresa.

Fans believe Teresa’s judgement has become clouded and it may cost the leader her life in upcoming episodes.

They have taken to Reddit to discuss what Boaz may do next, with one fan saying: “Now that he knows he can do whatever he wants with no repercussions, he’s the boss now.

“I don’t think there will ever be this ‘White Queen’ now. Teresa should have NEVER let him get away with what he did last night.

“Now I think Boaz has been plotting since he started working for her to somehow take over and eventually kill her or try to kill her. 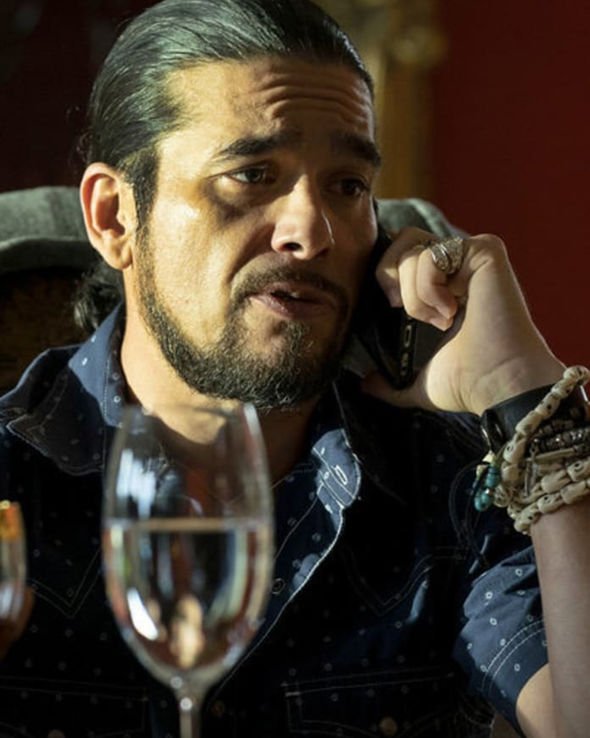 “Along with maybe even her main people (KellyAnne, Pote, George and I guess James now). Teresita just made an astronomical mistake.

“Whatever he does for her in Miami/Sinaloa was not worth it. She could have worked it out some other way. But she let it go and it is prob about to majorly blow up on her in many more ways than 1.

“Perhaps she becomes The Queen after getting through this and surviving whatever Boaz plans on doing and killing him.”

Others are adamant that Boaz is Teresa’s “long game” in the fifth and final season.

There are many sides to him and although he is unpredictable, he can also be of great use. 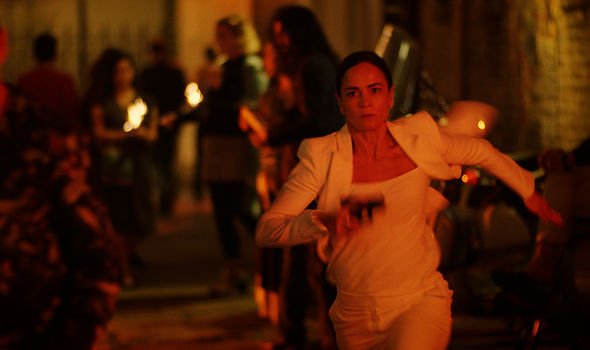 Another fan said: “I think with Boaz, what you see is what you get. It’s one reason why I like him, even though he’s crazy.

“I think he was willing to die for killing the judge. He flat out told her that he wanted the judge’s head. She should’ve had someone tailing him until he left New Orleans.

“She knows who he is, but for some reason, she refuses to take other actions. As the saying goes, doing the same thing over and over again and hoping for a different outcome is the definition of insanity.

“Boaz cannot be controlled, so of course he may cross her again. Why wouldn’t he? She handed him enormous leverage by basically telling him that he’s untouchable, and unlike some of the others, he has no personal history with her (and even if he did, this man killed his brother…).

“Betraying her would just be another day of business to him. I really have no idea where the season is going, but it wouldn’t surprise me at all if this past episode sets her fall in motion. And Boaz being a big part of that makes sense.”

Boaz has already proven he is willing to risk everything in order to gain power, and he will kill anyone in his way.

With this in mind, he could easily kill Teresa next as he is clearly interested in the empire she has created.

After being in charge of the Sinaloa Cartel for a short time, he started running the Miami branch of the Mendoza cartel for Teresa.

He first appeared in the first season of Queen of the South, as the don of the Jimenez cartel.

Queen of the South returns to the USA Network on April 29.