History, finances and practical concerns all played a role in preserving the movies being shown at To Save and Project. 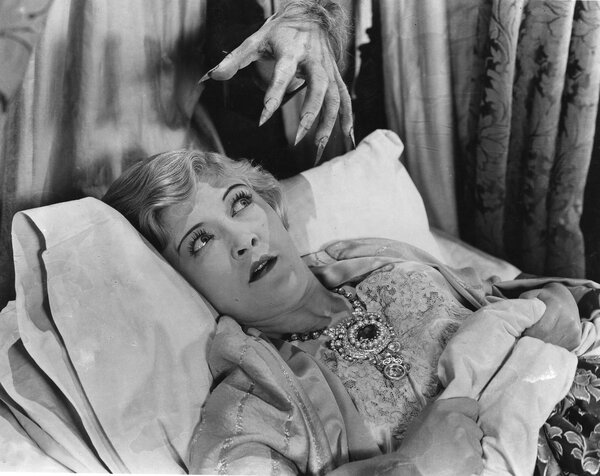 A frothy musical comedy from Weimar Germany, starring an actress whose unexpected death at 31 may have been a Gestapo murder. The first known Irish feature to be directed by a woman. An American drama from 1939 distributed to largely Black audiences, starring Louise Beavers as the progressive warden of a reform school.

All these films might have disappeared forever, at least in their complete forms. But all are showing beginning Thursday in To Save and Project, the Museum of Modern Art’s annual series highlighting recent preservation work. Some titles, like the opening-night selection, “The Cat and the Canary,” a popular silent from 1927, were preserved by MoMA itself. Others have been flown in from archives around the globe. ‌

Decisions about which films become candidates for preservation — or even what preservation means for any given movie — are rarely clear-cut. They depend on a combination of commercial interests, historical judgments, economic considerations and the availability and condition of film materials.

Mike Mashon, the head of the moving image section at the Library of Congress, said that when he started at the institution in 1998, there was a common understanding of what preservation meant: making a new film element. That is, a new film copy that could screen in theaters or even a new negative for storage. “The Letter” (1929), an early sound film adapted from a play by W. Somerset Maugham and starring Jeanne Eagels, will screen in the series in a freshly struck 35-millimeter print.

Mashon said there were several reasons for choosing “The Letter” as a project. The library held good original materials, and he expects the film to play well with audiences. “There are plenty of people who really think it’s superior to the Bette Davis 1940 version, and Jeanne Eagels is this great tragic figure in film history,” he said. She died shortly after the picture’s release, and MoMA describes “The Letter” as her only surviving sound movie.

“I Married a Witch” (1942), starring a very funny Veronica Lake as a resurrected witch who first tempts, then falls for, the gubernatorial candidate whose ancestor had her burned at the stake, is even more of a potential crowd-pleaser. Digital technology made it possible to preserve; the restoration was pieced together from several sources that each had its own challenges. The process would have been almost impossible photochemically, said Heather Linville, the supervisor at the Library of Congress’s film preservation laboratory.

Both “The Letter” and “I Married a Witch” received grants from the Film Foundation, the organization started by Martin Scorsese in 1990 to promote the preservation, restoration and exhibition of film. The foundation had a hand in six films showing at To Save and Project, including Luis Buñuel’s “Él” and “The Circus Tent,” a 1978 Indian film that is part of the foundation’s World Cinema Project, whose goal is to preserve movies from countries that have gone underrepresented in film histories.

The foundation’s board members — all filmmakers, including Scorsese, Steven Spielberg, Spike Lee and Sofia Coppola — ultimately decide what gets financing, but recommendations are made by archival institutions like the Library of Congress and MoMA, which work with the foundation throughout the year.

“Everyone on the board agrees with the idea that we’re trying to represent as broad a swath of filmmaking as is possible, and also simultaneously trying to keep an eye towards films that have historic, artistic or technological import in terms of the history of cinema,” said Margaret Bodde, the foundation’s executive director.

She noted that the organizations funding restorations do not have rights to the films. The Film Foundation tries to focus on titles owned by “either individuals or small companies that don’t have the resources to launch a restoration or aren’t paying attention to that because they’re just trying to survive.”

Sometimes repair work is undertaken because the rights holder is interested in a film’s commercial prospects. That was the case with the 1953 science fiction film “Invaders From Mars,” said Scott MacQueen, who supervised the restoration showing at MoMA, and who was until his retirement in 2021 the head of restoration at the UCLA Film & Television Archive.

Moviegoers who attend the MoMA screenings of “Invaders” will notice a much different color palette from that on Tubi, which is showing a version that makes the walls of a police station look violet. That was because of a flaw in the original Super Cinecolor process, MacQueen said, and this update comes closer to the intention of the director, the production designer William Cameron Menzies.

Other times not only are the commercial prospects marginal, but the film itself was barely saved from oblivion. Until now, one of rarest titles in the series would have been “Reform School” (1939), restored by the Academy of Motion Picture Arts and Sciences. In the film, an advocate (played by Louise Beavers, a star of the 1934 “Imitation of Life”) for more humane treatment of incarcerated boys takes over for a disciplinarian warden and establishes a philosophy of trust, with the hope of preparing the boys to re-enter society and be employed.

While the movie was restored as part of Regeneration: Black Cinema 1898-1971, an exhibition at the Academy Museum, it had been in the academy’s archive since the late 1990s, when Giancarlo Esposito and Laurence Fishburne donated a collection of films distributed by Ted Toddy, a white producer who put out titles with Black casts aimed at Black audiences.

Josef Lindner, the preservation officer at the academy, said it was not clear that there were any surviving film copies of “Reform School” other than the academy’s 16-millimeter print. Still, whether it merited restoration was, for a time, a vexed proposition. Some of Toddy’s movies had a problematic reputation. Many, though not “Reform School,” featured Mantan Moreland, an actor known for broad, minstrel-like caricatures.

Curators helping to plan the “Regeneration” series a few years ago provided the impetus. Seen today, “Reform School” seems ahead of its time in at least some respects, particularly in its depiction of a female warden.

Collaboration among archives is often the key to rediscovery. “Private Secretary,” a 1931 musical comedy from Germany, did not survive in any known, complete 35-millimeter copies. But Stefan Drössler, the head of the Munich Filmmuseum, was able to view a 16-millimeter print at the Library of Congress, which had acquired large quantities of German films after World War II. Two 16-millimeter prints from the library and three reels of a 35-millimeter print form the basis of the new restoration.

“Private Secretary” stars Renate Müller, whose death in 1937 has never been firmly resolved. It may have been a suicide or a murder by the Nazis. (Some sources suggest that Hitler was interested in her, but Drössler said that Müller “loved Georg Deutsch, a Jew who had to emigrate and whom she visited as often as possible.”) She plays a bank typist who does not realize that the man she has fallen for is the bank’s director.

National archives generally have a mission of preserving their countries’ cinematic heritage. But Ireland came to the task late: The country did not have a film repository or a history of preservation until the late 1980s and early ’90s, said Kasandra O’Connell, the head of the IFI Irish Film Archive.

This year, the archive will bring to MoMA a digital restoration of “This Other Eden” (1959), a drama made in the early years of Ardmore Studios, the only studio in Ireland at the time, O’Connell said. The film is also of historic interest in how it dramatizes British-Irish tensions and the legacy of a figure modeled on the Irish revolutionary Michael Collins.

“It’s the first Irish feature we know of that was directed by a woman — even though she was British — Muriel Box,” O’Connell said.

Britain, in a way, saved the film. “We didn’t have our own laboratories in Ireland, so all of the material had to go to the U.K. to be processed,” O’Connell said. Because of that, a lot of negatives ended up in British archives. “If they hadn’t, they probably wouldn’t exist,” she added.

For the Thai Film Archive, MoMA’s showings of “The Adulterer” (1972), a languid thriller about a hermit fisherman, a woman who washes ashore and a man from her past, are a chance to introduce a classic of Thai cinema to New York audiences. Chalida Uabumrungjit, director of the archive, said the filmmaker, Somboonsuk Niyomsiri (directing under the pseudonym Piak Poster), is relatively unknown even to audiences in Thailand, even though the film is on the country’s equivalent of the National Film Registry.

She also noted that the Thai archive sometimes provides support for neighboring countries, like Myanmar, that do not have archives of their own.

Lindner, from the academy, summed up one of the problems of preservation a different way. “There are so many films that are lost that we know are lost,” he said. “But then there’s the things that we don’t even know that we should be looking for.”

To Save and Project runs Jan. 12 through Feb. 2 at the Museum of Modern Art. Go to moma.org for more information.