Jeffery Archer appeared on Good Morning Britain and claimed there was too much scaremongering about a coronavirus third wave stating some channels and media outlets were fueling the argument by giving more air time to cynical scientists. Jeffery Archer explained there was nothing in the data to suggest there will be a third wave and echoed what Prime Minister Boris Johnson reiterated earlier this week. GMB host Richard Madeley agreed and asked “what was the point” of having a traffic light system when no one understands it.

Speaking on Good Morning Britain, Mr Madeley discussed the Government’s travel changes and told the programme: “[What do you do when] you’re not on the green list?

“What happens when you come home, do you have to go and quarantine?”

Mr Archer responded: “The whole thing’s embarrassing and there are two groups you’ve got to feel really sorry for.

“One is the airline industry who have been battered the whole year and they’re not sure what’s going to happen tomorrow.

“And I feel equally sorry for those people who have actually booked holidays and are going next week or this week.

“And now they’ve paid the money, they paid the down payment and they’re on the way.

“Poor things, so they’re having a terrible time.”

Mr Madeley then questioned why the system was put in place if no one understood it.

He added: “And what is the point of having the green traffic lights, which implies that you are safe to go to this country.

“If simultaneously government minister, all of them, constantly say to you we’d rather you didn’t go.

“Yeah, that’s a bit like the traffic lights on the road isn’t it and it goes green and a copper says, I’d rather you didn’t actually go.” 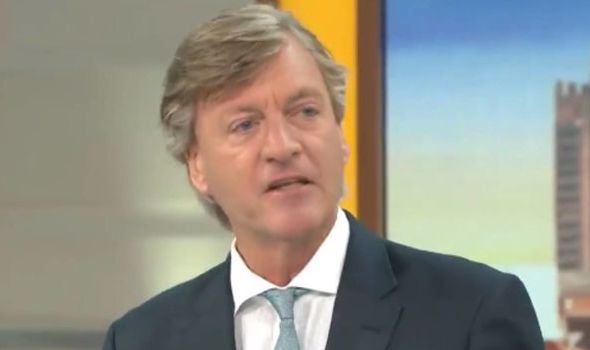