“Westworld” resolved one huge mystery last week, and now it’s firing up a whole new one this week 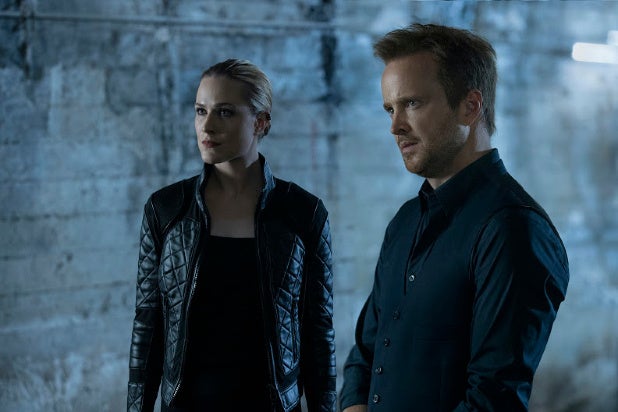 Since the season 3 premiere of “Westworld” hit, fans have had a major question about Caleb (Aaron Paul): was it serendipitous that he ran into Dolores (Evan Rachel Wood), or was that meeting part of her master plan somehow? And this week we got a new wrinkle in that debate, with the latest episode seemingly indicating that Caleb might not actually be Caleb.

Now, I don’t think that “Westworld” showrunners Jonathan Nolan and Lisa Joy would hint in this direction if there weren’t something to this. So for the moment I’m going to just assume that some or all of Caleb’s history is fabricated, and it’s his true past that led Dolores (Evan Rachel Wood) to bring him into this whole conspiracy to take down The System.

But I wanna take this a step further, because I think I know who Caleb actually is. I think he’s Serac’s brother, who we learned about for the first time in this episode. And I think Dolores knows this, and somehow arranged his involvement in her situation back in the season 3 premiere — remember, she did use that incident to kill and replace Connells (Tommy Flanagan), so we could very well assume the whole thing was a setup.

I really just have a hard time imagining any other reason, aside from doing a red herring, why “Westworld” would introduce this long lost Serac brother and stick Caleb with an identity crisis like this in the same episode. But I’ve also got some evidence here.

Things first start to get weird when Caleb, Dolores and Liam (John Gallagher Jr) are meandering through the underbelly of Los Angeles. Dolores gives him his smart glasses back so he can run her through Incite’s System, and he comes up empty.

But then Liam scans Caleb, and says something weird: “You think I killed your friend?” Okay, so we only know about one dead friend that Caleb ever had, his army buddy Francis (Scott “Kid Cudi” Mescudi). Why would Caleb think Liam, or Incite in general, was responsible for Francis’s death? I don’t know, and maybe that’s beside the point for now.

But clearly Liam saw some other important things about Caleb, because later on, when the three of them are on the beach with Ash (Lena Waithe) and Giggles (Marshawn Lynch), Liam says something eve weirder to Caleb: “You don’t even know who you are.”

It’s possible that he meant that in the metaphorical “know thyself” sense, rather than literally referring to his actual identity. But I don’t think so.

That comment triggers something in Caleb, and he flashes back to a scene in which he and Francis are leading a man, whose hands are tied and has a hood covering his head, into some kind of abandoned warehouse.

After Ash shoots Liam, Caleb’s flashbacks continue, and we get a few very quick bits that we’ve seen in a previous flash. But there’s one in particular I’m interested in: Caleb, strapped to a bed or gurney, wearing some kind of goggles and struggling to get free. 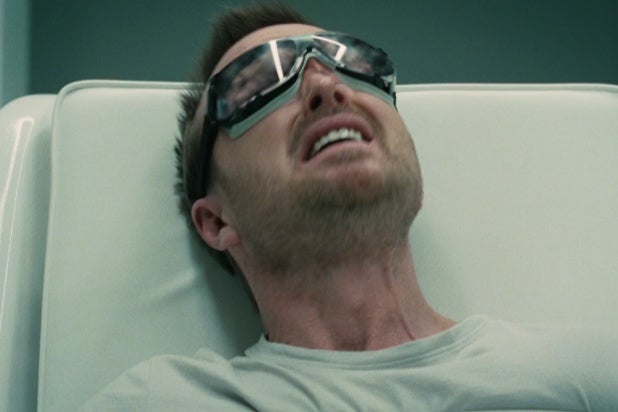 This bit I find so intriguing because of something from the other major plot thread this episode: Serac’s backstory. Serac says that the System can never quite work as long as there are people out there whose behavior is, well, anomalous. He refers to them as “outliers,” and it turns out that his brother, Jean Mi (Paul Cooper) is one of them.

Serac has a facility of sorts for these people, as we see in the episode. He puts them in these tiny apartments with glass walls, but he doesn’t just keep them locked up there. He’s doing something to them. He’s changing them, he says. But it’s never specified what that means. But it’s hard not to draw a line between that flashback of Caleb strapped down and wearing those goggles, and this facility where Serac kept these outlier folks. 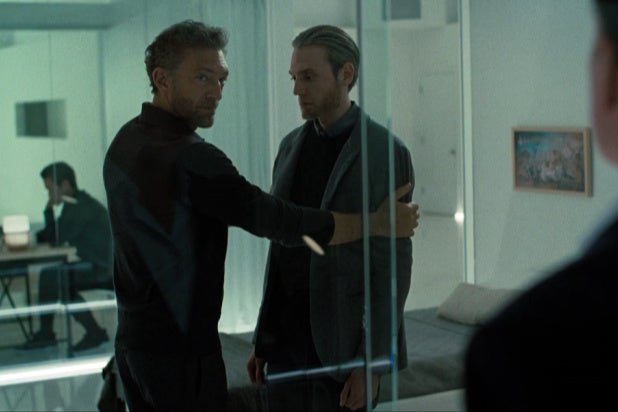 Compare that image to the one of Caleb wearing the goggles. The color tones are certainly very similar.

So I think, at minimum, Caleb must have been processed in that facility. And I think Serac was changing these people by stripping away their pasts and giving them new ones that would mold them into the kind of people the system can control. And I think they also alter their physical appearance — probably surgically — because seeing their own faces could trigger old memories.

Anyway, we’ve got more things to consider. As Liam lays dying on the beach, he has some cryptic last words for Caleb. “You did it,” he says several times. This prompts Caleb to turn to Dolores and scream, “WHO DOES HE THINK I AM?”

In the final scene of the episode, Dolores speaks to Serac, who appears as a hologram in a small airplane hangar. When Caleb enters the hangar, Dolores very conspicuously takes a few steps to her left, which causes Serac to face away from Caleb. Maybe she was trying to prevent Serac from seeing him?

On top of all that, we should remember something key from previous episodes. Caleb’s mom is in the hospital, apparently suffering from severe schizophrenia. And whenever Caleb visited her, she did not recognize him, specifically telling him that he isn’t her son. The way this played before, it merely felt like we were supposed to think she doesn’t know him because of her mental issues. But it would also make sense for hew to not recognize him if she’s not actually his mom.

It’s important to remember, of course, that for most of this episode, Caleb is on some kind of psychedelic drug called Genre. The particulars of this drug aren’t clear, beyond the fact that it apparently is a series of drugs put together.

We saw this drug before, at the fancy party where Dolores and Caleb kidnapped Liam last week. While the folks who took the drug then seemed to think they were hallucinating when they saw Dolores show up and get into a fistfight with Stubbs (Luke Hemsworth), that fight obviously did actually happen. My sense is that Genre simply heightens reality, rather than changing it. So I don’t think any of what we saw this week was Caleb’s hallucinations.

None of this is conclusive, of course, but it feels significant that this episode juxtaposes Caleb’s new journey of self-discovery with such a deep focus on Serac’s brother Jean Mi. In TV and film both there’s usually some kind of significance to this sort of pairing of stories.

On the other hand, Nolan and Joy are so deliberate in the way they construct this show, and so often determined to surprise the audience, that this could be a misdirect. But I don’t think they’re trying to mess with us the way they did in season 2.

There’s only three more episodes to go in “Westworld” season 3, so we’ll find out soon enough.