Trevor Noah says the Royal Family have been 'spoilt'

The comedian took aim at the King on Thursday’s instalment of The Daily Show as he lambasted the monarch’s reaction to a pen leaking and an ink pot being in the way as he tried to sign official documents days after the Queen died. Trevor mocked the King for almost five-minutes straight, which sparked fury among viewers who told the broadcaster he was “just wrong” to blast the sovereign who is in mourning.

Trevor reminded viewers how annoyed the King got when his pen started leaking while he was trying to sign a document in Belfast earlier this week.

He teased: “Now look, maybe King Charles is just stressed out right now, maybe that’s why this is happening.

“Becoming king is a lot of pressure, I mean there are like 15 different forks to memorise and you have to sleep with a crown on, that’s not comfortable.

“But if you paid attention to Charles during his days as a prince you would know this is pretty much how he’s always been.” 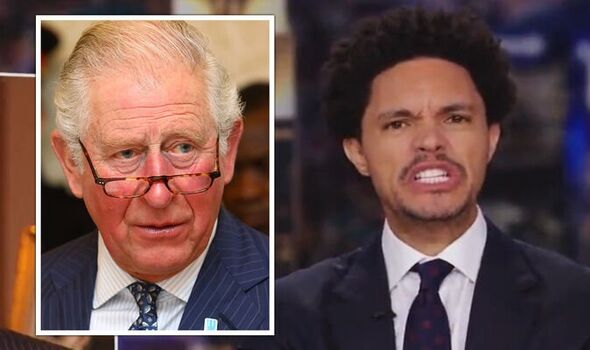 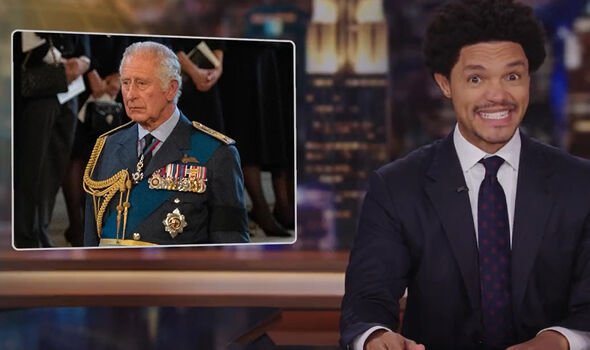 He proceeded to show a video clip of former royal butler Paul Burrell claiming he would get “scolded” if staff did something incorrectly.

Trevor added: “When I was a kid I thought kings pulled swords out of stones but this king can bearly pull his d**k out of his own pants.”

He then claimed no one who works in “that palace is African” and branded the Royal Family spoilt.

Trevor’s harsh words about the monarch sparked a backlash on social media, with many viewers taking to Twitter to vent their frustrations. 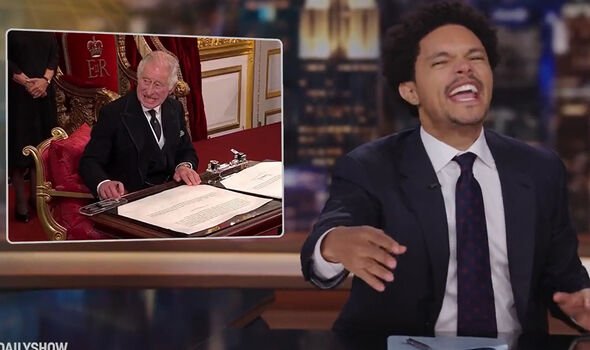 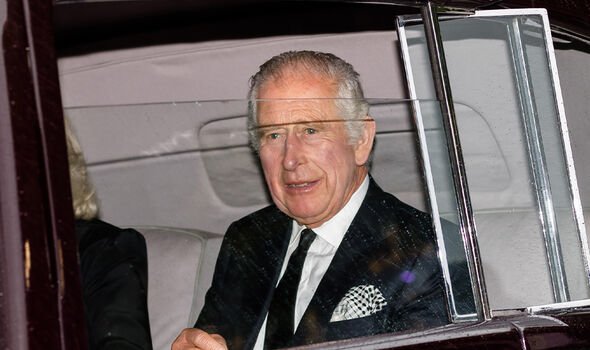 Emily, who was not impressed with Trevor’s comments, penned: “He just lost his mother – it doesn’t matter.  I get it. When I lost my mother, I was lost and horribly emotional at the slightest thing.” (sic)

Simone added: “Give the King a break! He has been on the go since his mother’s death. Scotland a few times, London, Ireland and back to London. Walking, standing, speaking and all in mourning.”

@GoldBoss168 said: “He has just been King for a few days and you’re already mocking him. This is just wrong, don’t blame him, he was raised to be this way. Everyone treated him this way to allow this.”

@Ochibabadooba fumed: “Get off his case. People react differently. He has just lost his mother. The weight of hundreds of years of tradition bears on his shoulders. He hasn’t had time to process the loss or to mourn. He is old. Give the man a break, for goodness sake.” (sic)

However, Jamie Ralston penned: “Not a good start, on camera now twice he’s lost it over very simple things, making his disgraced brother a state councillor and the Earl of Inverness is a huge mistake, whilst not allowing Harry to wear his uniform and salute his grandmother. Last king of Scotland.” (sic)

@SoloFlow786 asked: “If he is like this over a leaking pen and poorly positioned inkwell, how will he cope with the real issues?!” (sic)

King Charles ascended the throne at the age of 73 following the Queen’s 70-year reign as the British monarch.

He addressed the nation after she died saying: “Throughout her life, Her Majesty The Queen – my beloved mother – was an inspiration and example to me and to all my family, and we owe her the most heartfelt debt any family can owe to their mother; for her love, affection, guidance, understanding and example.

“Queen Elizabeth’s was a life well-lived, a promise with destiny kept, and she is mourned most deeply in her passing. That promise of lifelong service I renew to you all today.”

The King also said now is a time of change for his family and revealed he counts on his “darling wife” Camilla for “loving help”.

A date for the King’s coronation has not yet been announced but his mother’s funeral is being held in Westminster Abbey on Monday.

In recent days, thousands of people have been lining the streets of central London to pay tribute to the Queen whose coffin resides in Westminister Hall.