As a result, next year’s contest will be hosted by Italy, as per Eurovision tradition.

France came close to victory but ended up in second place, with Switzerland third.

Earlier in the evening, when France was still at the top of the leaderboard, their entry Barbara took the opportunity to make a dig at the English language. 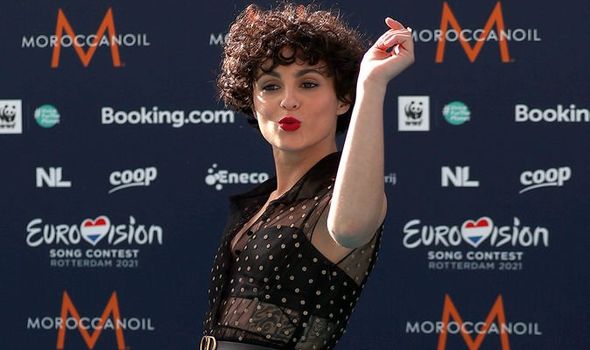 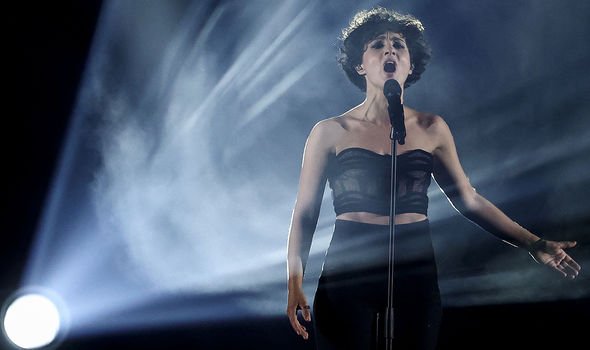 When asked by one of the show’s hosts what was going through her mind being at the top of the leaderboard, Barbara said: “Actually I don’t know.

“But the crazy thing, I think it’s crazy that two French songs are on the top. Thank you!”

At the time not all of the results had come in but France was topping the leaderboard with Switzerland close behind them in second place.

Barbara was boasting the fact that both France and Switzerland’s tracks were performed in the French language, while many others were in English. 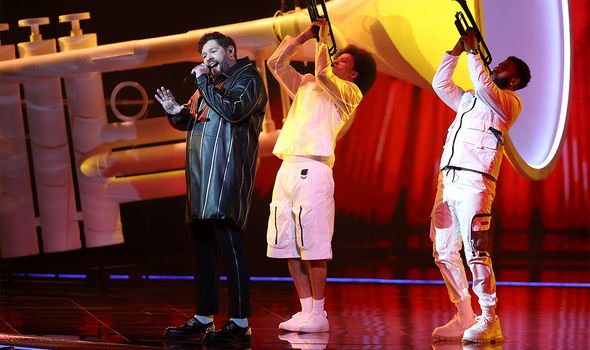 “Did you ever expect your song to be at the top as you are right now?” The host asked Barbara.

The singer replied: “No, when you come here, you are not expecting anything because it’s too huge.

“You’re like ‘Okay, let’s go, let’s do this and you wait and thanks for all your votes. Thank you so much!” Barbara concluded.

However, after making these comments France lost their lead and dropped down into second place as Italy’s Måneskin took the top spot.

The UK’s voting jury, which is made of industry professionals, helped France score high on the leaderboard as they awarded the nation its 12 points.

It wasn’t a great night for the UK unfortunately as singer-songwriter James Newman was the only act to score the dreaded nil points.

His self-penned dance track Embers, failed to impress Eurovision voters and as a result the UK ended up in last place for the second year running.

It was a big year for Eurovision fans as the competition was celebrating its 65th anniversary.

Not only that, but anticipation had built up as fans had to wait longer than usual for the event after 2020’s contest was cancelled due to the coronavirus pandemic.

Luckily, 2021’s competition was able to go ahead despite the ongoing pandemic, but as a result numerous COVID-19 restrictions had to be put in place.

Iceland’s act Daði og Gagnamagnið missed out on performing live at the grand final after one of their band members tested positive for COVID-19.

The Icelandic group were forced to self-isolate and therefore had to watch the competition play out from their hotel rooms.

However, luckily their rehearsal performance had been recorded and was played out at the final and the band managed to reach fourth place.

As a result of the ongoing pandemic the competition’s venue, Rotterdam’s Ahoy Arena, only had 3,500 fans inside.