Not to put too fine a point on it, but Season 22 of The Voice is a tricky-ass one. On one hand, we’ve got a handful of seriously talented contestants. On the other — as always, I suppose — we have no guarantee that our fellow viewers will vote through the seriously talented ones (like Team Camila Cabello’s Devix, who I already miss) instead of just, say, the cute one (Team Blake Shelton’s Brayden Lape) or the country one (Team Blake’s Bryce Leatherwood).

Nonetheless, there was nothing for the Top 10 to do Monday but their best, in hopes of so dazzling the audience that it would be compelled to vote en masse to send them through to next week’s Semi-Finals. Who sounded like they’d done exactly that? Read on, and we’ll discuss. 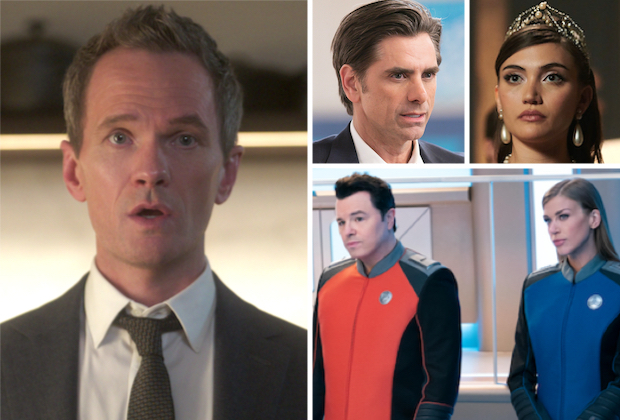 Parijita Bastola (Team Legend), “Scars to Your Beautiful” — Grade: B+ | For Fan Week, Parijita’s admirers assigned her Alessia Cara’s hit. And for the most part, the teenager nailed it, packing her performance with emotion and showing us a spunkier side of her vocals. But — and it’s a big “but” — she also went a bit unpleasantly yelly, and some of that yelling didn’t quite sound like it was in pitch. Not Parijita’s strongest showing (although I’ll pitch a fit if she doesn’t make the Semi-Finals).

Rowan Grace (Team Blake), “i love you” — Grade: C | Before Rowan stepped on the stage, I was rooting for her to really slay the Billie Eilish cover that her fans picked for her. I wanted once again to see/hear the Rowan who’d been so amazing in the Blinds. And off and on, she did deliver. There was just a shakiness to her vocals that went beyond vulnerability or vibrato, it read like uncertainty. And you know how you know the performance wasn’t all that? Two coaches (Camila and John Legend) called the song “a challenge” — code for “Hey, you gave it a shot.” 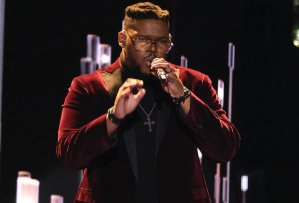 Justin Aaron (Team Gwen), “Just Once” — Grade: A- | What were fans thinking, giving Justin Quincy Jones/James Ingram’s classic ballad? It’s pretty and all, but it doesn’t really leave any room for him to unleash the vocal firepower that made his Top 13 performance so memorable, right? Wrong, Justin proved on stage. After a slightly wobbly start, he turned out a performance that was not only lovely and soulful but also made room for him to really let loose, singing with a passion that demanded you sit up and take notice.

Brayden Lape (Team Blake), “Homesick” — Grade: A- | Smart, Brayden fans — they assigned the teen country star Kane Brown’s hit. Doesn’t take a genius to figure out that Team Blake + cute kid + country number = See ya in the Semis. Plus, Brayden sounded delightful on the song and, ironically considering its title, at home. It seems unlikely that he’s going to develop into one of our more dynamic performers, but this was a really solid performance. Not the most challenging number ever, but doing well on an easy song is better than doing poorly on a tricky one. (Right, Bryce Leatherwood?)

Kim Cruse (Team Legend), “Love on the Brain” — Grade: A+ | Ha — seems like every season someone ends up doing Rihanna’s hit, doesn’t it? And although nobody will ever do it better than Chris Blue — for my money, anyway — Kim’s rendition was tremendous: rich, rousing, robust. Typically awesome Kim. But who thought it was a good idea for her to do the first third of the song with her back to us? It didn’t take away from that magnificent vocal, but c’mon, Kim, get your face time! Blake might have summed up Kim’s talent best when he said that her voice could probably kill things and bring them back to life. 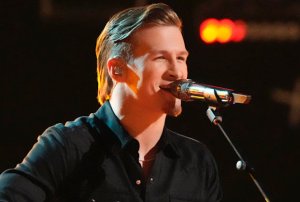 Bryce Leatherwood (Team Blake), “Sand in My Boots” — Grade: C+ | First, how weird was it to see Bryce with his Stetson off? I feel like we’ve never seen him without a hat or a cap before (have we?). But I digress. His fans did him a major solid by assigning him Morgan Wallen’s hit; it was perfect for Bryce, who sang it with the charm of a storyteller with a twinkle in his eye. That said, was it the best vocal ever? Or even of the night? No. Was it the most exciting? No. But it was fine and almost surely good enough to get him through to the Semis.

Kique (Team Gwen), “Call Out My Name” — Grade: B+ | Oh, man — the minute it was announced that fans had chosen The Weeknd’s hit for Kique, I knew it would be capital-P perfect for him. But since he’d tested positive for COVID, he didn’t sing live; a performance taped pandemic-season-style at another location was aired instead. At any rate, Kique kicked ass, going from intense as hell to whispery soft. Which was kinda extra impressive, really, when you take into consideration that he was sick.

Morgan Myles (Team Camila), “Tennessee Whiskey” — Grade: A+ | Another solid song selection by fans. Even in rehearsal, Morgan blew away Camila with how in the zone she was — that was how ideal the Chris Stapleton hit was for her. On stage, Morgan looked like she was having a blast, like despite the rigors of the song, she wasn’t worried in the slightest that she wouldn’t be able to rise to the challenge. Maybe because she was rightly sure that she could conquer the task. She sure as hell did. Her vocal was, and I don’t think I use this word often, ridiculous. Massive, powerful and [bleeping] nuanced. A staggering performance. 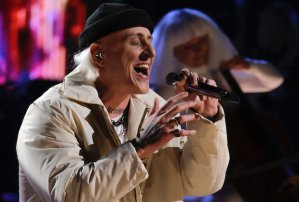 bodie (Team Blake), “golden hour” — Grade: A+ | As we neared the end of the night, I found myself thinking, “Have the fan-picked songs ever been this well-chosen before?” Pretty good night! On his JVKE cover, bodie went from rapping to… holy crap! Rolling out a vocal so enormous and open and full of feeling, it almost pushed tears out of my eyes. If bodie hadn’t already been a shoo-in to make the Semi-Finals (and let’s be real, the Finals), this would surely have sealed the deal. A stunning performance, at once raw and beautiful.

Omar Jose Cardona (Team Legend), “I Want to Know What Love Is” — Grade: B- | Whelp, if Omar could make me like Foreigner’s soppy ’80s hit, that would really be a neat trick. Didn’t like it in the ’80s and still don’t. (TMI?) When the spotlight fell on Omar, oh dear. It wasn’t a disaster or anything, it just wasn’t the home run that it he needed it to be. The performance was a little sing-alongy, a little wobbly and a lot shouty. A real letdown after last week.

Who gave Monday’s best performance? Vote in the poll below, then hit the comments to explain why you think so.