Shaun Murphy (played by Freddie Highmore) and Lea Dilallo (Paige Spara) took a much needed break in this week’s episode of The Good Doctor. With just two episodes left of the ABC series’ fourth season, fans were stunned by a surprising turn of events for Dr Murphy’s mentor.

Dr Glassman (Richard Schiff) and his wife Debbie (Sheila Kelley) are splitting just two years after getting married in the second season of The Good Doctor.

Fans tuned in on Monday night for the 18th episode of season four, ‘Forgive or Forget’, hoping for some light relief after Shaun and Lea were hit by tragedy.

A week after losing their baby to a life-threatening miscarriage, the couple headed on a camping trip to take their mind off of their recent loss, only to suffer another major accident.

However, as they took a step closer to healing their relationship, another one was falling apart back home. 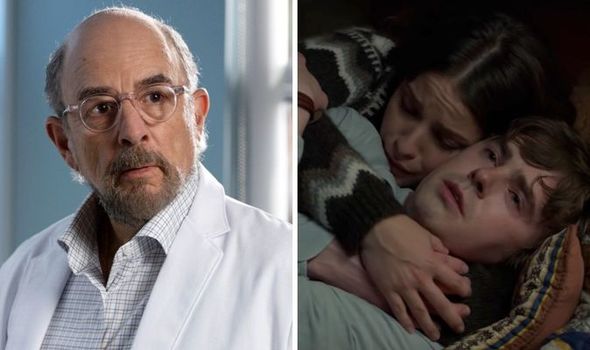 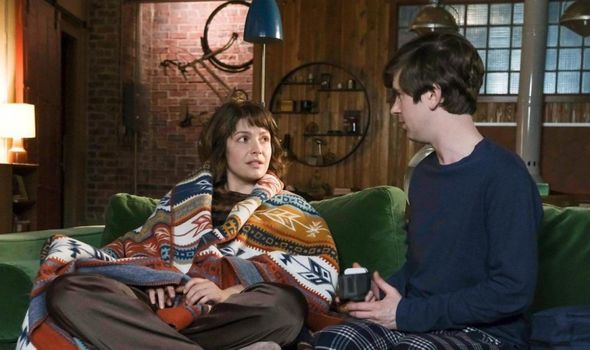 Their whirlwind romance culminated in a touching wedding ceremony in The Good Doctor’s second season.

Unfortunately, their marriage hasn’t been without conflict over the years, and ‘Glassy’ and Debbie revisited one of their fiercest debates during this week’s episode.

When Glassman accidentally triggers their home security system, he realises his efforts to protect himself and his wife had gone ignored, and Debbie had kept the gun he hoped she would get rid of. 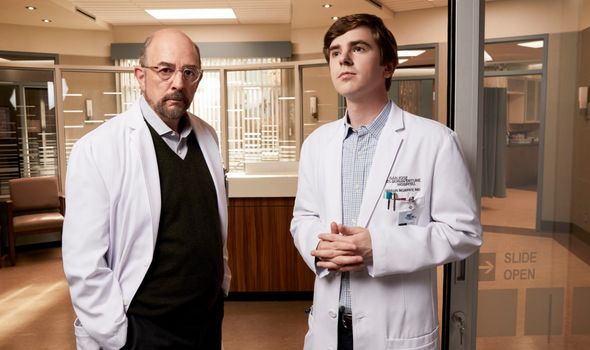 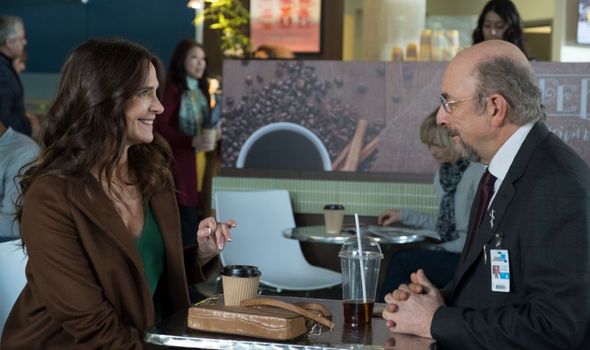 To make matters worse, Glassman had already unloaded the gun without Debbie’s knowledge.

His ability to compromise sparked yet another argument about gun ownership, leading Debbie to pack a bag and declare she was leaving when he arrived home to apologise.

Although many fans were hopeful the couple would be able to patch things up, it looks like Glassman’s wife will be remaining true to her word.

After a heated exchange, she told Glassman: “Marriages are made up of moments, right?”

“So many of our moments are great, but too many are just too painful. I love you so much. It’s just not enough.”

With just two episodes of the current season to go, The Good Doctor may be about to subject viewers to a heartbreaking divorce trial before heading on its summer break.

Once the episode had wrapped up on ABC, fans took to Twitter to voice their stunned reactions to Glassman and Debbie’s unexpected divorce.

“So… Glassy and Debbie are splitting up for real?” asked one viewer. “Was that it?? Am I the only one kind of dumbfounded by this?”

And another surprised fan tweeted: “Did not see Glassman and his wife breaking up.”

Alternatively, much of the audience had already predicted their separation from the beginning of season four.

Many viewers weren’t onboard with Debbie’s stance on guns, and she also ruffled feathers by failing to take COVID restrictions seriously at the start of the pandemic.

Following Debbie’s heartbreaking announcement, a number of viewers also joked that they hoped real life couple Richard Schiff and Sheila Kelley’s relationship was faring much better than their on-screen counterparts’.

The Good Doctor season 4 continues Monday, May 31 on ABC.