The new Netflix hit The Chair accomplishes an impressive feat. It gets viewers invested in the drama of a college English department — and makes them laugh along the way. The collegiate feel of the series, starring Sandra Oh, is so effective that many fans can’t help but wonder where producers filmed the show. It turns out that it looks so much like a college campus because producers shot on-site at not one but two universities.

What is ‘The Chair’ about? 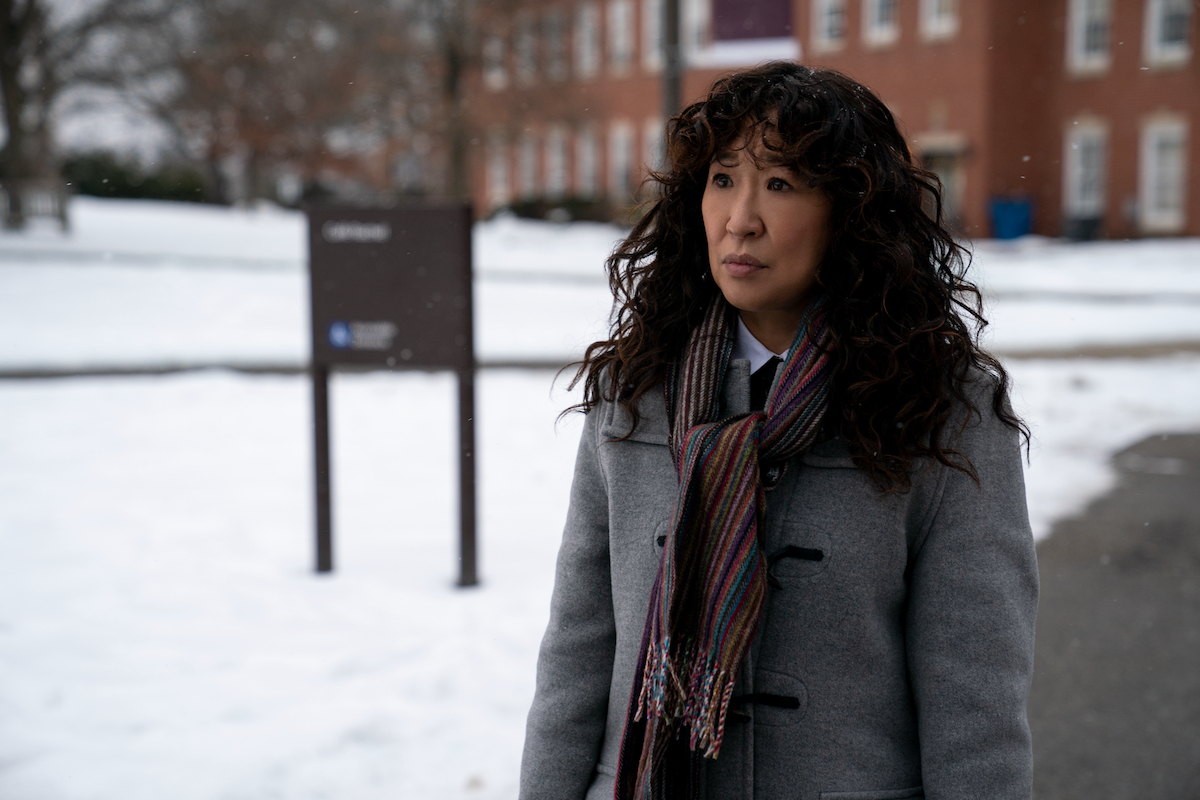 The Netflix comedy/drama follows Ji-Yoon Kim (Sandra Oh), the new chair of the English department at the fictional Pembroke College. The job is a huge step forward for her, but it won’t be an easy one.

Ji-Yoon Kim is the first woman of color to chair Pembroke’s English department, and she’s expected to save it from internal forces that threaten to destroy it.

Racism, sexism, and problems around free speech make her job complicated. She also faces the challenges of being a single parent.

Where was ‘The Chair’ filmed?

One element that makes The Chair so effective is the show’s accurate portrayal of the academic world. The setting gives the series an authentic collegiate feel. Dark paneled hallways and red-brick buildings evoke an Ivy League university or old familiar college.

The Shadyside neighborhood also serves as a backdrop for filming, giving the show a college-town feel. Pittsburgh International Airport makes a few appearances too.

Netflix has filmed at Washington & Jefferson College for other projects. Producers also used the campus for the show Mindhunter. The experience must have been positive because they returned to shoot The Chair, and they didn’t include only the scenery this time.

The Chair producers also used real students as extras. Plus, many of the professors who appear on the show are actual college instructors. This practice is not only fun for them but also contributes to the series’ authenticity.

“It was so incestuous, but it was also really fun that they were real professors. They sounded so real and seemed at home,” co-creator Peet told Trib Live.

Pittsburgh seems to be growing in popularity as a filming destination for Hollywood. The city also appears in recent productions such as the film Sweet Girl with Jason Momoa, the Netflix series I Am Not Okay With This, and an upcoming adaptation of the podcast Archive 81.

The Chair is quickly gaining a reputation as a funny, clever triumph for Netflix. The show also gives Washington & Jefferson College and Chatham University students a chance to spot places and people they know.