Peter Weber’s Bachelor season was one of the most controversial yet — and we know his engagement didn’t last. While Colton Underwood was certainly under scrutiny during his on-screen attempt to find love, many fans are now looking back at his season in a new light. And we’ll never forget how he fought for contestant Cassie Randolph when she first decided to leave the show and Underwood behind.

Underwood’s efforts worked, of course — and now, he and Randolph are planning for future engagement. And all the attention on Randolph has given her new life as an Instagram influencer, though it seems some of her ads have totally missed the mark with her fans. Here’s what she recently posted for PETA that’s getting her followers riled up.

Colton Underwood’s girlfriend, Cassie Randolph, was criticized for her Instagram activity in the past

Anyone who knows me knows that I have always been super passionate about skincare and health! It’s so important to know exactly what you’re putting on your skin, since it absorbs right into your body! Recently I tried @bioclarity 💛 Their ingredients are pure and also actually work! ✨ You can save 40% on a bioClarity skincare routine, then use my code CASSIE for an extra 15% off your entire order! More on my stories about their amazing Clarifying Masque 🌿 #powerofgreen #bioClarity #bioclaritypartner

Randolph is no stranger to the public eye. Prior to attempting to find love on The Bachelor, she and her model sister were on another reality show. And she’s since been embracing the spotlight as an Instagram influencer for various clothing, products, and causes that she claims to care deeply about.

The influencer life is quite lucrative for Bachelor contestants, too. Unfortunately, many of Randolph’s followers think she hasn’t been too honest regarding what products she actually uses and loves and which she’s simply promoting for money. In April 2019, she promoted the vegan skincare line bioClarity along with her discount code — and it came with a ton of backlash.

“Every day u say u use something else. Can I get your REAL skincare routine?” one fan questioned on the post.

“We all know you don’t use that since it always changes,” another wrote.

“It’s probably better to take skincare advice from your local dermatologist, not a reality tv star,” yet another added.

Not only does Randolph promote products, but she also models. And she’s now a representative for the controversial animal rights group PETA.

“I love animals. I’ve had cats and dogs growing up,” Randolph said during her interview with the company. “When I’m out there on the beach and in the ocean surfing and stuff, sometimes I’ll see dolphins. … And the fact that people would take them from their natural environment and their families and their life is just so sad because really, people are doing it for money and for entertainment.”

She then added that both she and Underwood adore animals, and it’s brought them closer together as a couple. While we haven’t seen Underwood pose with any wildlife on his Instagram, Randolph showed off her PETA ad where she’s acting like a whale in captivity. “If you think isolation is hard, try it for 30 years,” the ad notes. 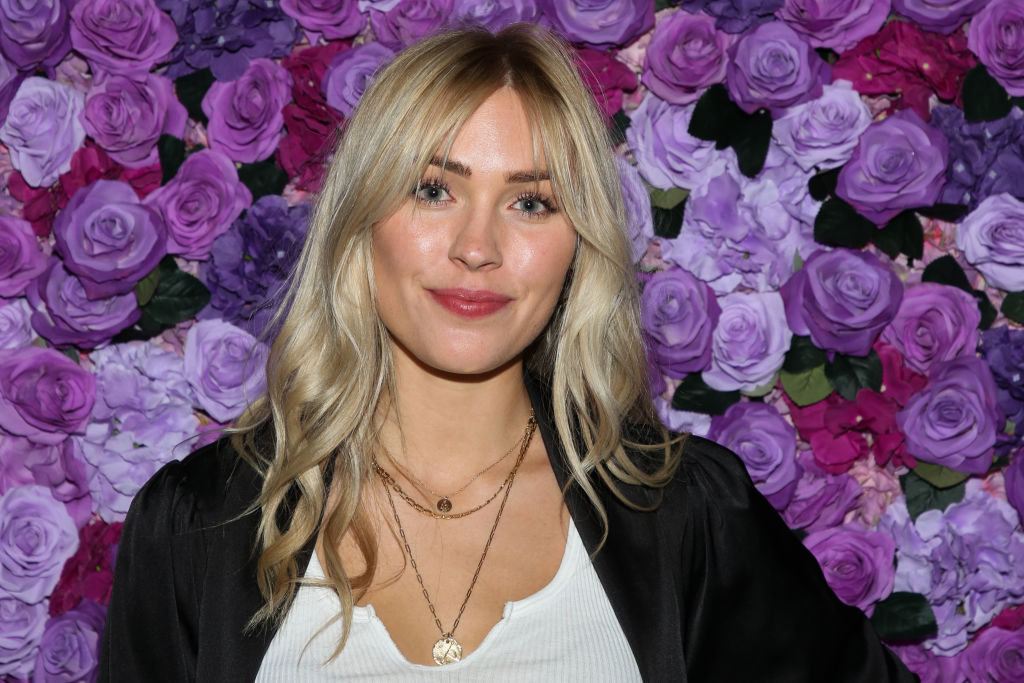 Randolph’s heart is certainly in the right place. But her followers think her approach is entirely misguided. While plenty of folks are pro-animal right, there’s evidence to suggest PETA takes things much too far. And many of Randolph’s followers think she’s uninformed regarding what PETA really stands for.

“I love animals and agree with a lot of what you say however PETA is not the way to go about it and who to support,” one follower commented. “Even if you are getting paid by them. They have a lot of hate towards us and will harass us. They have a lot of false post on meat and are uneducated. Pretty disappointed about this.”

“You really should rethink this or just be prepared for a lot of hate,” another wrote. “Don’t be blasting the millions of us that have knowledge from many years experience.”

“PETA is an awful extremist organization. You need to do your research,” yet another wrote.

We’re not sure if Randolph is paying attention to the backlash, but we’re hopeful she’ll do a bit more research before forging ahead with this partnership!