Steph McGovern began her brand new current affairs show, The Steph Show, last month but the presenter was faced with a very different set of circumstances than she’d planned. The Channel 4 programme originally intended to have Steph present the show in a studio with a host of guests. However, following social distancing guidelines amid the coronavirus outbreak, the show looks a little different.

The former BBC Breakfast host presents The Steph Show live from her living room and talks to a range of guests via video links.

“The show has been in planning since last autumn. We were all set to launch from a studio at Leeds Docks on 30 March, but around the beginning of March we started to think that might not be possible,” Steph told Radio Times.

“We chucked around the idea of me presenting from home but didn’t take it seriously until lockdown was announced on 23 March. After a feasibility study, everyone jumped into action.” 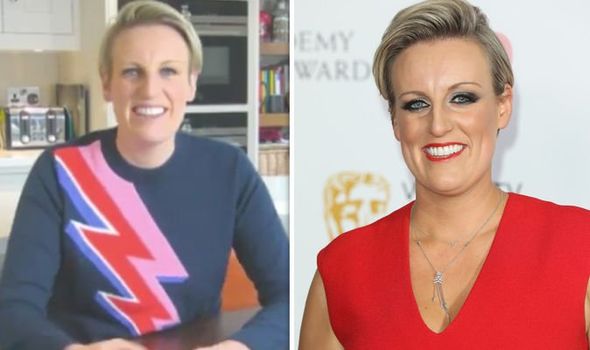 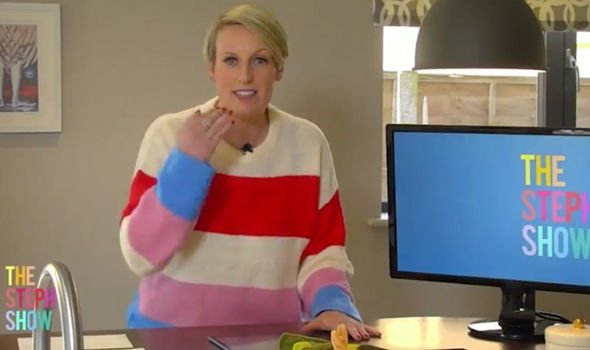 The Channel 4 host confessed she’s enjoyed spending so much time at home with her daughter.

Steph went on to explain how the crew were able to set up the show in her living room.

Steph continued: “Our director has done a lot of reality TV and he thought of rigging four cameras in my living space, so that I could move around presenting from different areas, like a studio.

“A couple of technicians set it all up under distancing guidelines, and then I did a hell of a lot of tidying.” 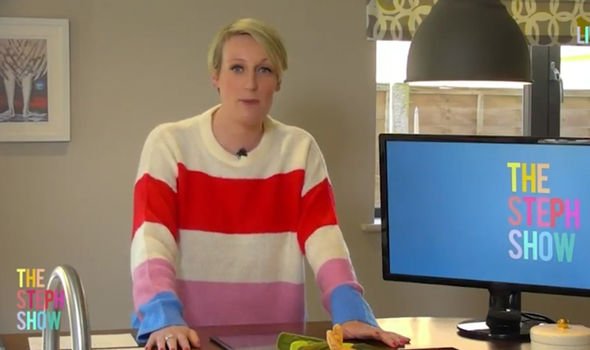 “I have a five-month-old baby so my partner and I moved all her stuff to the ‘good room’ next door.

“I got in some brighter cushions that go with the show titles, and that was it,” she added.

As viewers get used to the new style of live daily shows, Steph admitted there have been a few times when things have gone wrong.

However, she revealed fans of the show “quite like it” when video links go wrong occasionally.

At the time, Steph revealed: “So this might not be how we planned it, but I’m itching to get on air and get chatting to all the people out there doing amazing stuff through these crazy times.

“Whatever you’re up to, we want to bring some much-needed joy to you day and help you navigate your way through the madness.”

Elsewhere, Steph dropped an embarrassing confession on the show about getting into “trouble” with her partner.

She confessed: ”I’m just going to tell you what happened to me the other day I got in a bit of trouble because I’ve been using my partner’s headset and microphone to record a podcast I’m doing.

“The next day I was on my phone, I was trying to play some clips and I couldn’t understand why these clips weren’t playing on my phone.

“I was like ‘where’s the audio?’ then all of a sudden in the room next door I heard my partner apologising on her very serious conference call with her team.”

Steph confessed: “The clip I had been playing on my phone had been going out on through her speakers on her headset.

“And to make matters worse it was a clip from the podcast about how I nearly wet myself on a train!”

The Steph Show airs weekdays on Channel 4 at 12pm.