Squid Game introduced the world to a host of Korean actors who might have previously been unknown to them. Fans fell in love with Wi Ha-jun and his depiction of detective Hwang Jun-ho in the series. Jun-ho’s quest to find his brother made for a compelling plot in the Netflix series. Although it seemed that Jun-ho met his end in Squid Game, some fans theorize that the character is still alive. 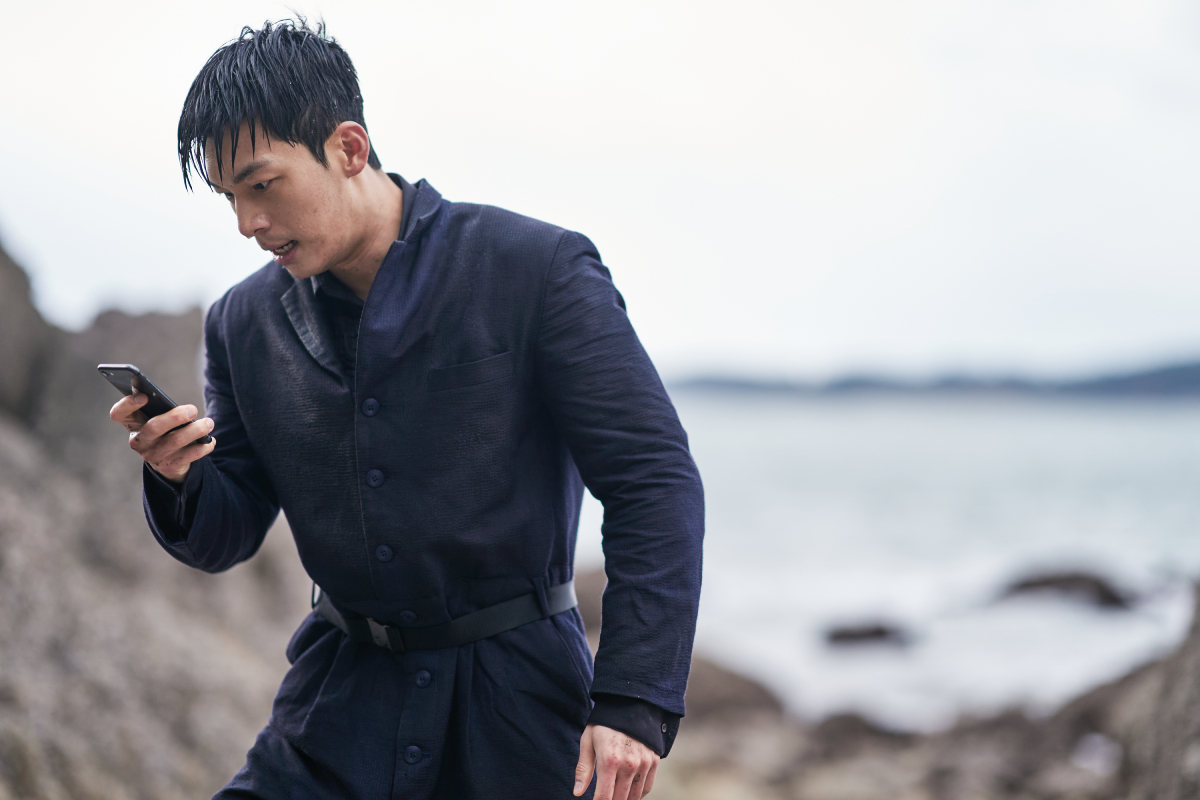 Who is Jun-ho in ‘Squid Game’?

In Squid Game, Jun-ho is a detective in search of his missing brother. He believes his brother may have gotten involved in the games and follows Gi-hun to the location of the games to investigate. There Jun-ho discovers that his brother played the games in 2015 and won.

Ji-hun attempts to escape the island but is surrounded by pink jumpsuited workers and the Front Man. The Front Man removes his mask, revealing that he is Jun-ho’s brother, In-ho. In-ho attempts to convince his brother to come with him, but Jun-ho refuses. In-ho then shoots Jun-ho and he falls off a cliff into the ocean.

It seemed like this scene marked the end of Jun-ho, but some fans aren’t so sure. Many fans believe that Jun-ho survived the gunshot and will return if and when Squid Game Season 2 is released. Several fans point out that the gunshot would Jun-ho received was to his shoulder, meaning that it was not necessarily fatal.

“Technically it is possible for him to have survived. It looked like a shoulder wound similar to his brothers (who was totally unaffected apparently) and then he fell into water,” said a fan on Reddit.

“When they don’t [show] you the dead body of a character, he’s not dead,” another fan commented. It’s true that Jun-ho’s body is never shown after he is shot. When In-ho looks over the cliff’s edge, all he sees are ripples in the water where his brother fell. There are also no scenes of Jun-ho’s body appearing washed up onshore or at the bottom of the ocean.

If Jun-ho is still alive, it could also play nicely into the plot of Squid Game Season 2. “Gi-hun needs him (or a character like him) to help him take down the game in season 2,” a fan pointed out. “Gi-hun is just way too much of a bumbling idiot nice guy (I mean that in the nicest way possible) to do this by himself. He is going to need help from someone who has more commando skills and also is more ruthless in order to take down the game.”

Even Wi Ha-joon has high hopes that his character survived the events of Squid Game, and he would certainly be willing to return for season 2. “My hope is that Season 2 comes out, Jun Ho returns alive, and the story with Jun Ho’s brother is resolved well,” he told Soompi. “I really want Jun Ho to live. But it really can’t be predicted. Only the director knows. I want to live and appear in Season 2.”

The sudden ending of Jun-ho’s storyline in Squid Game left quite a few questions unanswered. Fans never got to find out why In-ho became the Front Man, but hopefully, these questions will be answered in season 2.

All episodes of Squid Game are currently streaming on Netflix.