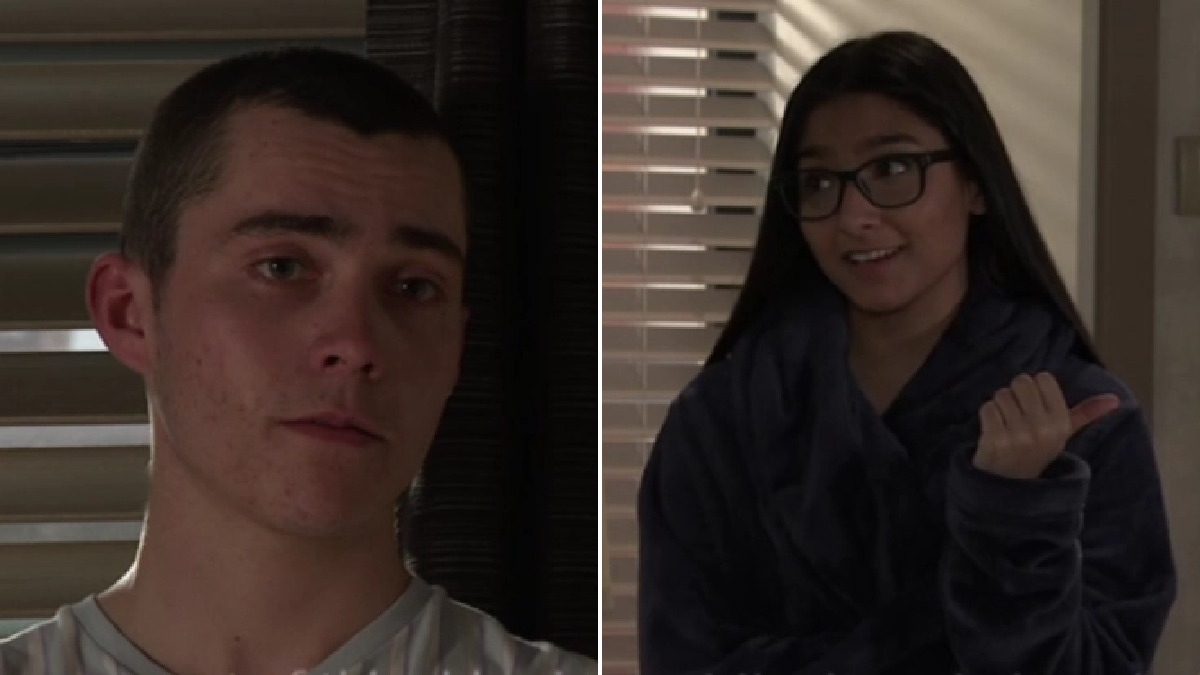 Worried about Asha’s future with Corey, Dev (Jimmi Harkishin) decided he would meet with Corey’s father in tonight’s episode of the ITV soap, to try and come to some kind of agreement over Asha spending more time with Corey.

However, the arrival of Paul Opacic’s character Stefan took Dev by surprise as Stefan didn’t show any care towards what Corey and Asha were getting up to, commenting on them being teenagers and just having fun.

Sticking her nose in, Bernie (Jane Hazlegrove) added fuel to the fire when she told Dev that Corey would probably end up hurting Asha.

A showdown at the Alahans made for a tense environment indeed. Asha made her feelings towards her father perfectly clear, leaving Dev heartbroken and Aadi (Adam Hussain) determined to try and talk some sense into his sister.

But it appeared Asha was showing no signs of admitting Corey was bad news as viewers discovered Leanne had given up the lease on the flat, allowing Stefan to take over ownership meaning Corey and Asha could move in.

Dev’s beside himself with worry right now, and with it being confirmed Asha and Corey will play a huge part in the upcoming hate crime storyline involving Nina (Mollie Gallagher) and Seb (Harry Visinoni), it’s clear danger is on the way.

How dark will things get for Asha?