Britain’s Got Talent makes its long-awaited return to ITV tonight with Ant and Dec at the helm, providing support to viewers behind-the-scenes. The duo have been presenting the show since it began in 2007 and are back to entertain for the show’s 13th series. Speaking out about what goes on backstage, they let slip on the “annoying” decisions they do agree with Simon Cowell on.

The show is one of many of the broadcaster’s offerings that has been affected by the ongoing coronavirus pandemic.

Luckily, auditions for the series – which starts tonight – were filmed months in advance, so have not been impacted.

However, the live shows due to be on-air in May will now be back later this year as government advice will prevent them from going ahead.

A statement released by ITV earlier this month said: “We have been working with the brilliant production teams at Thames and Syco to find a way of making the live finals work, which was due to be broadcast at the end of May. 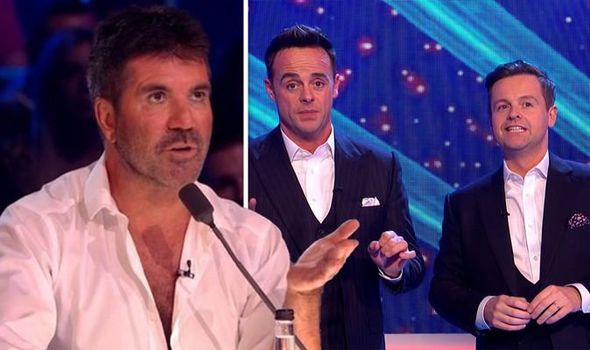 “However, in light of the latest government health guidelines and in line with our priority of safeguarding the well-being of everyone involved in our programmes, production of the live shows cannot go ahead as planned.”

“The live finals will, therefore, be broadcast later in the year,” it explained.

It doesn’t mean viewers won’t be able to get their Britain’s Got Talent fix as the audition process kicks off tonight, with a whole host of budding stars looking to be crowned the winner. 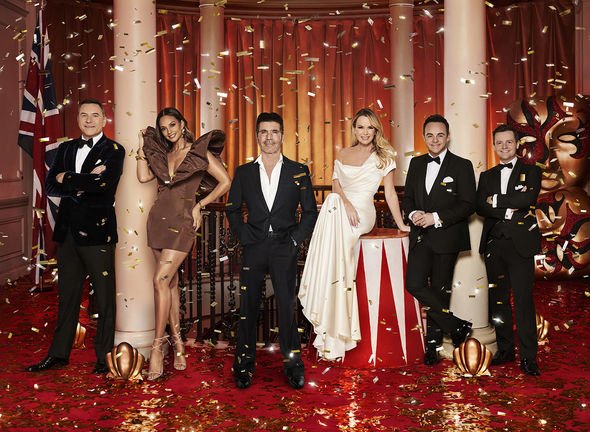 Ahead of the new series, veteran presenters Ant and Dec spoke out about one thing Simon Cowell does which annoys the pair.

Last year, the show aired Britain’s Got Talent: The Champions for the first time, which saw prior winners and successful acts return to where it all began

The series saw Twist and Pulse crowned winners once more and Ant and Dec were asked whether they thought the additional show had an impact on the sort of acts auditioning.

Ant explained: “We’ve had a lot of comedians this year, so I don’t know whether that’s down to the success some have had on BGT or the comics we had on Champions.

“It seems to me that comedians and magicians have really come out the woodwork now.”

His co-host noted: “Ant’s right, we’ve had a lot of magicians and a lot of comedians which is good because we went through a few years where we had hardly any of either.”

Ant also teased what viewers could expect from the upcoming series, with a bigger variety of acts than before.

He added: “Yeah, there was a period where every singer/ song-writer came on, everyone with a guitar was on that stage. There’s far less of them this year too so when you do get a good one it’s really refreshing,” before his co-star made a revelation about Simon.

Dec said: “We have a lot of parents or friends in the wings with us and every time Simon stops a song and asks for another option we have to reassure them that it’s very normal!

As well as Simon, the auditions will see thousands of hopefuls perform their skills in front of Amanda Holden, Alesha Dixon, David Walliams.

However, only one act can be crowned the winner – who will it be?

Britains Got Talent begins tonight at 8pm on ITV