The mood in the I’m A Celebrity… Get Me Out of Here! castle is “a little different” after the celebrities were assigned certain tasks to carry out around the camp. One day into their duties and there was friction between a few after they failed to carry out their responsibilities fast enough. ITV viewers saw AJ Pritchard and Shane Richie have a minor conflict with one another.

Over the weekend, 10 famous faces were assigned roles, with Jordan North as Camp Leader and Victoria Derbyshire as Deputy.

Giovanna Fletcher and Sir Mo Farah CBE were given the most important role – Camp Chef, while AJ and Hollie Arnold were tasked with keeping the camp in top-tip condition as Maintenance.

Russell Watson and Jessica Plummer took on Cleaning, while Beverley Callard and Vernon Kay did the Laundry.

That left Ruthie Henshall and Shane Ritchie on Washing up duty. 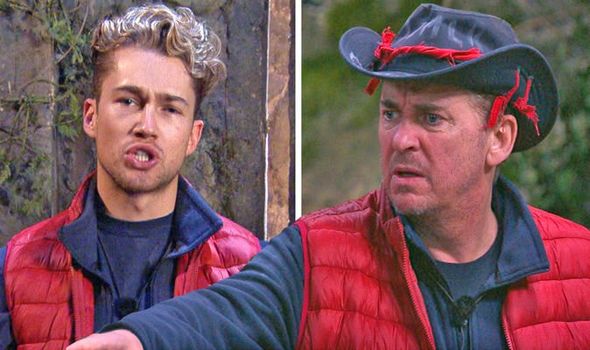 Tonight, however, some were unable to carry out their chores because others had not got round to doing theirs.

Talking in the Telegraph, Russell said: “Mood today in camp is a little different than it has been the past few days.

Apparently, AJ was unable to boil water because the pots and pans weren’t clean, and Giovanna said he should ask Shane to wash the pan.

Talking in the Telegraph, AJ said: “I like my job because it’s like ‘gentle persuasion’ or a nudge to some people to maybe say ‘here’s the washing up, it needs to be done.’” 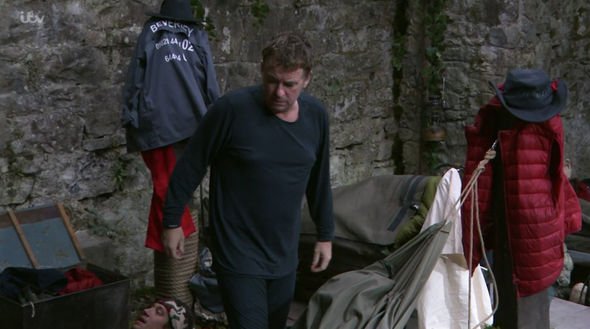 Those watching at hoe then saw AJ approach Shane and ask him to clean the pots and pans, but he hit back: “I need hot water, I left them to soak last night, all ready to be cleaned but I need hot water.”

AJ argued: “But you’ve left them in the pan that does the hot water!”

“Left what in the pan?” Shane asked and the former Strictly Come Dancing professional explained: “The big pan that we put the hot water in.”

AJ walked away and Shane was seen turning to Vernon and remarking: “This ain’t working for me, the waiting for someone to do that…” 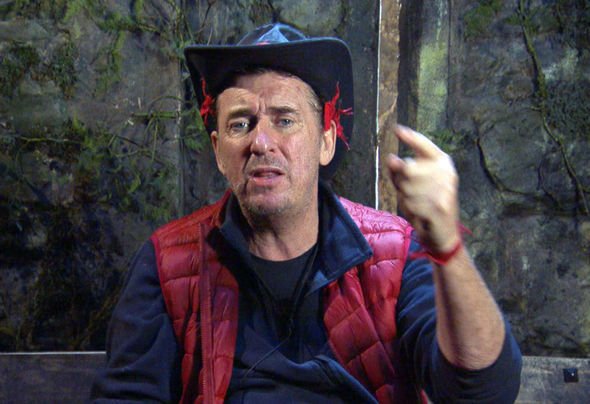 Later in the Telegraph AJ discussed: “His response was ‘I need boiling water to do the washing up!’ Well, we need pots and pans to do the boiling water.”

Not wanting to interfere in others duties, Giovanna asked if the boiling water on the fire was okay, or if it needed a nudge to be sitting over all the flames.

Shane said it did need moving, but neither of them could do it as it wasn’t their chore.

Giovanna also spoke about the camp contention: “One thing we’re finding difficult is everyone had chores allocated.

“Everyone’s getting on with it, possibly some more reluctantly than others.”

Shane said “This is what will separate [camp], this is where people get p**** with each other,” and Victoria said: “We won’t.”

And Shane replied “No, we won’t.

I’m A Celebrity… Get Me Out of Here! airs every night at 9pm on ITV