Can Harvey Weinstein Get a Fair Trial in LA?

Who needs “Grey’s Anatomy?” ABC finished first on Thursday with its coverage of the 2021 NFL Draft.

CBS, NBC and Univision all tied for second place in ratings among 18-49 last night, when Fox settled for a fifth-place key-demo tie with Telemundo. 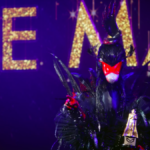 ABC was first in ratings with a 1.0 rating/7 share in the advertiser-coveted 18-49 demographic and in total viewers with an average of 4.24 million, according to preliminary numbers. That was all NFL Draft, baby.