After lots of talk, splashy deals by its big-name execs and mass confusion on how to pronounce its name, Quibi (“Quick Bites”) launched this week as the streaming service designed specifically for your phone. While the launch features 50 titles, many of them are news and entertainment programs that were not produced in advance. Taking those out of the mix, we watched the first few episodes made available to the press of the remaining 24 movies, series, documentaries and game shows, and ranked what you need to see and what you can safely skip:

An irreverent look at a collection of WTF? moments from entertainment’s inglorious past that is fast-paced, funny and the right kind of weird. The show is aided greatly by the talents of host Will Arnett, whose snarky delivery is ideal when diving into the strange clips and odd trends explored in each episode.

A stirring docuseries that explores the challenges the Los Angeles Lakers superstar and Ohio native LeBron James faced in working with the city of Akron to develop and create the I Promise School in 2018, focusing on the young students whose lives could be most changed by attending a nontraditional school that wants to lift these at-risk kids out of educational danger.

3. “When the Streetlights Go On”

A noir-inspired “Movie in Chapters” that explores the shocking death of a small town’s teenage stunner and the English teacher with whom she was having an affair. Teenage hero and aspiring newspaper reporter Chosen Jacobs (“IT”) wades through the mystery with the help of the victim’s sister and a police force led by Queen Latifah.

A this-can’t-be real documentary about Jasiel Correia, who at 23, became the youngest mayor of Fall River, Massachusetts and then ran afoul of just about everyone, including the FBI, who brought fraud and corruption charges against him. But getting nicked by the feds is just part of Correia’s wild and true story. 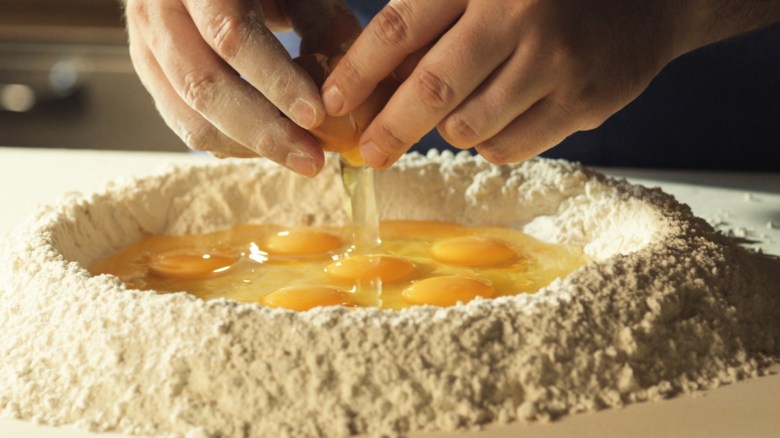 “The Shape of Pasta”

Two cooks are placed in a room, blindfolded and in hazmat suits. They are pelted with an incomprehensible mass of food and must use their senses to determine what the composed dish really is. Sounds a little gross, but this cooking show is fast, funny and clever, and host Tituss Burgess keeps the proceedings moving quickly.

One of Quibi’s big swings is this Movies In Chapters production starring Sophie Turner and Corey Hawkins as the lone survivors of a plane crash in the mountains. The hook is that Turner’s character was planning to kill herself on the flight and now she’s fighting for her life. The first few episodes were intriguing enough to see where it ends up.

Hey, there’s always time for a good cry, especially these days, and this heartwarming series delivers the goods. Ten celebrities, with Jennifer Lopez, Kevin Hart and Aaron Rodgers among them, each give $100K to a person who has inspired them. That starts a chain of gratitude in which each recipient passes on half the money. Yeah, it’s a little cheesy, but it just feels right.

No one is better at playing bloviating blowhards than Will Forte, and he’s in his element in this movie about a pair of in-over-their-heads house flippers (“It’s Always Sunny” star Kaitlin Olsen plays his wife) who want to become the next stars of a home reno show but wind up making over a drug dealer’s stash house with the money they’ve found inside. 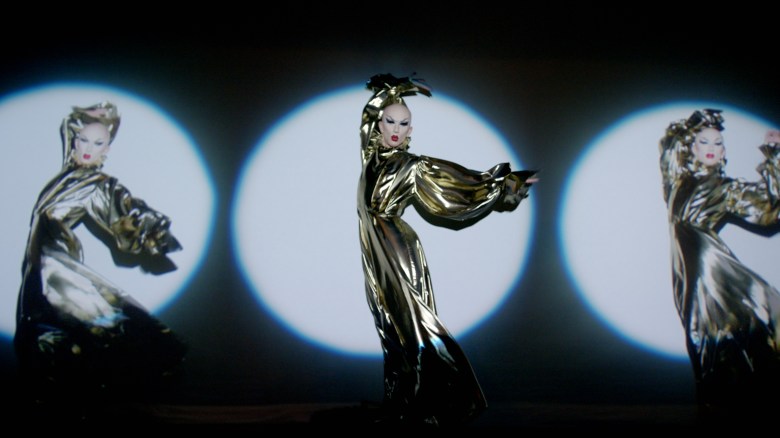 “Rupaul’s Drag Race” winner Sasha Velour gets her own show, a up close-and-personal look at the artist as she adapts her drag revue into a major stage production. It’s a portrait of a caring, driven artist determined to create a memorable showcase for herself and her ensemble. Plus, it features some knockout drag performances.

Sometimes you just want to see people who are really good at something perform, and this dance competition show scratches that itch. Dance sensations Ayo & Teo crisscross the country to spotlight region-specific subcultures, like Memphis’ jookin style, and give teams a chance to show off their moves for a $50,000 grand prize.

Watching people have their minds blown by a magic or mentalist never gets old, and here, Lior Suchard pulls out all his big mental maneuvers to mystify his celebrity roster. Ben Stiller, Ludacris and Kate Hudson are among the big names who get baffled by Suchard, whose childlike twinkle really helps sell the tricks.

Unapologetically silly in the best way, this comedic competition show features two straight contestants (usually NYC-area comedians) paired with a celebrity “life partner” as they try to win the title of “Queen of the Straights” by battling in a series of challenges that celebrates the LGBTQ+ community. A rapid-fire burst of colorful fun.

The Migos rapper shows off his love for all things car related during this series, which sees him attempting Hollywood-style stunt racing with Lil Yachty and giving sick children the chance to ride in miniature sports cars with partner Cardi B. This is a great example where the short run time of the platform serves its subject well. 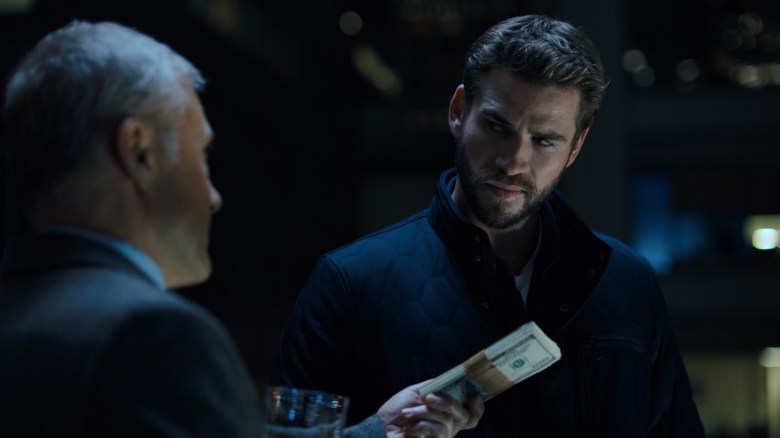 The umpteenth variation of Richard Connell’s short story is turned into a serialized movie starring Liam Hemsworth as the unfortunate target and Christoph Waltz as the nefarious broker of human suffering. Unfortunately, this one is dragged down by Hemsworth, who isn’t quite able to pull off the angst of his character or hide his accent.

Reese Witherspoon hosts this BBC-produced nature doc that focuses on the female world of the animal kingdom. It’s standard stuff when it comes to animal features, but it is shot beautifully and vividly. So, if you want to see a giant queen ant get dismembered in 4K glory on your device, you know where to turn.

Sneaker culture gets the docuseries treatment from Emmy winner Lena Waithe, but even with a roster of starry names, it’s hard to shake the feeling that this isn’t really bringing anything new to the table. For example, most people know that Michael Jordan and Nike revolutionized the shoe game, so it’s strange to see an entire episode devoted to that. Definitely could have been better.

The MTV classic, which launched the careers of Chris Hardwick and Jenny McCarthy, returns in a lightning-fast format which thins the herd of candidates so fast, you wonder why the conceit was used in the first place beside name recognition. Keke Palmer is great as the host, and one cool twist is that the candidates and contestants are connected through social media.

Another MTV hit of yore gets the remake treatment as Chance the Rapper plays practical jokes on a new generation of unsuspecting celebs, including Megan Thee Stallion and Sabrina Carpenter. The results of the new series are just okay, but it’s hard to not think about the pranks of the past, like Beyonce “ruining” Christmas by destroying a giant tree.

The people behind some of today’s biggest music hitmakers are profiled in this docuseries, which aims to show how light, style, dance and other complementary elements from unsung individuals help accentuate stars like Ariana Grande and J. Balvin. But 10 minutes isn’t enough time to really explore the true worth of those elements, resulting in more questions than answers.

Like with “&Music,” this is a show that’s hindered by Quibi’s format. It wants to take us into the world of amazing young athletes and show why they are considered prodigies in their respective sports, but that’s difficult to do in such a short amount of time. Most viewers would probably want to supplement this show by finding out more information. 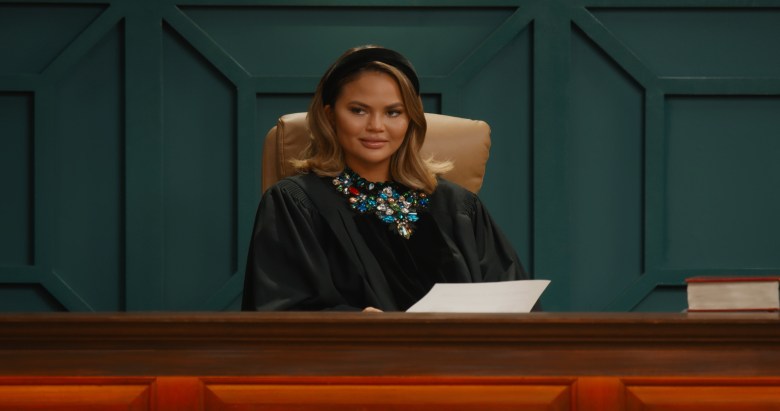 Supermodel-turned-media maven Crissy Teigen is a Twitter gem and her cookbooks remain awesome, but her foray into reality programming with this “court” series won’t make Judge Judy think about abdicating the bench anytime soon. It’s not funny enough to work as a comedy and the cases aren’t trashy enough to work as a trainwreck watch.

There’s a fine line been envelope-pushing and tastelessness, and this show winds up too close to the latter. A pair of home experts travel to homes where notorious murders have taken place and try to remove the stain of the past through makeovers. But the hosts spend far too much time noting stuff like “This is where the murders happened?” than on actual design.

Nicole Richie seems like a nice person, but there’s no excuse for this catastrophically bad faux documentary about her Mother Earth, trap-rapping alter ego. Not funny in the slightest and fuzzy on what it’s trying to be or say, this is by far the worst of Quibi’s initial offerings. Stay far away unless you enjoy painful raps about bees.