Season five of Outlander shed more details on Aunt Jocasta’s (played by Maria Doyle Kennedy) past in the episode before her wedding revealing how she ended up in America. She moved from Scotland in search of a new life after the Battle of Culloden with her husband Hector mor Cameron.

The pair fled Scotland, originally with their daughter Morna Cameron.

However, as they tried to leave Scotland, they were stopped by redcoats and quizzed about some gold they were carrying.

Hector drew his gun and accidentally shot Morna as they tried to escape.

Aunt Jocasta was left devastated by Morna’s death and could never forgive her husband but still went with him to America.

They set up home at River Run and Hector died not long before Claire (Caitriona Balfe) and Jamie Fraser (Sam Heughan) arrived in North Carolina. 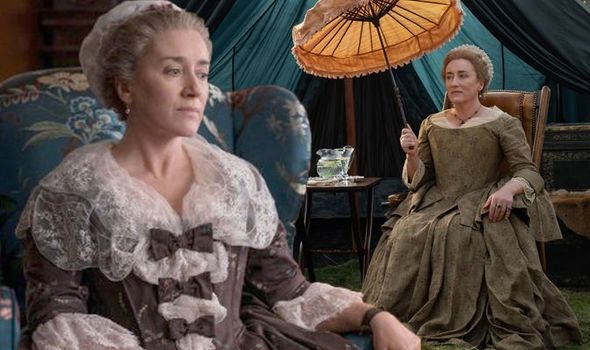 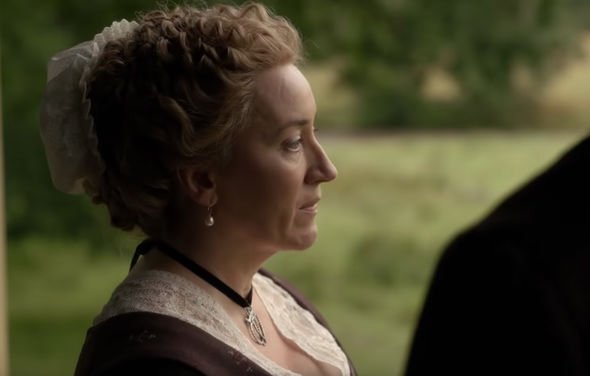 But this story left some fans confused as they were certain Aunt Jocasta had been in America for much longer.

Taking to Reddit to point out the plot hole, user Ducky2814 wrote: “Ok I’m watched my this week’s episode but something in me isn’t sitting right with Jocasta’s story.

“So in an earlier season (not exactly sure when but before Culloden) I was pretty sure Jaime mentioned his “Aunt Jocasta who lives in America”.

“But the story she tell in this episode says they didn’t leave for America till after Culloden. Am I mixing it up or did they mess it up?” 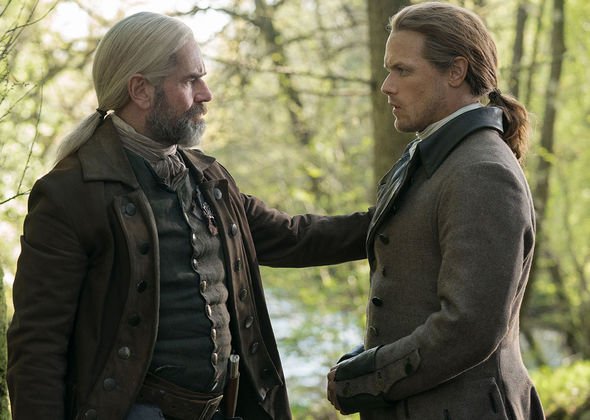 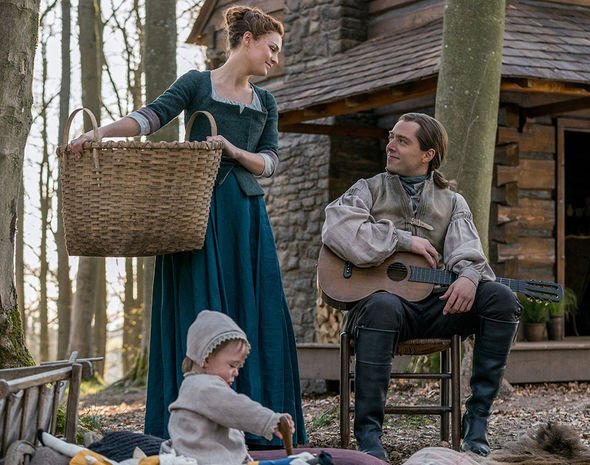 While this is the case in the series, fans pointed out the story shown in Jocasta’s wedding episode, was the same as the books.

“Her story in the show matches the books,” one fan replied.

“I think Jamie first mentions his Aunt Jocasta when he’s telling Claire about his family on their wedding night…don’t recall him mentioning America at the time. I’d have to go back and watch.”

Another agreed, adding: “In the wedding episode, he mentions something about an Aunt Jocasta, but not where she lives.

“However, I had this same question. Does he possibly tell Claire on their wedding night in the books that Jocasta lives in America?

“I just feel like I always associated Jocasta with America before Culloden.”

Meanwhile, fans have been busy trying to work out if Roger MacKenzie (Richard Rankin) is really dead after it appeared he was hung in season five, episode seven.

Roger was knocked out by Morag MacKenzie’s (Elysia Welch) husband Buck as he left the Regulator camp after speaking to Murtagh Fitzgibbons (Duncan Lacroix).

However, later in the episode, Brianna (Sophie Skelton) was certain he had been hanged and mistaken for a traitor.

But fans think he is alive and Buck has actually been hanged after taking Roger’s coat.

One theorised: “Not a book reader, but I can’t imagine Roger is actually dead.

“It was probably his Mackenzie ancestor bro who took his jacket. Otherwise they would have shown his face then and there.”

Outlander season 5 continues Sundays on STARZ and follows Mondays on Amazon Prime Video in the UK.