The shorts category often highlights certain sociopolitical issues, and this year is no different. From racist police brutality to disability to the everyday struggles of a Palestinian family, the five nominees hold a mirror up to the world’s most egregious injustices. While each filmmaker takes a different tact, whether uncomfortable satire to understated drama, all five films address their respective issues with finesse. Here’s a ranking of all five contenders. 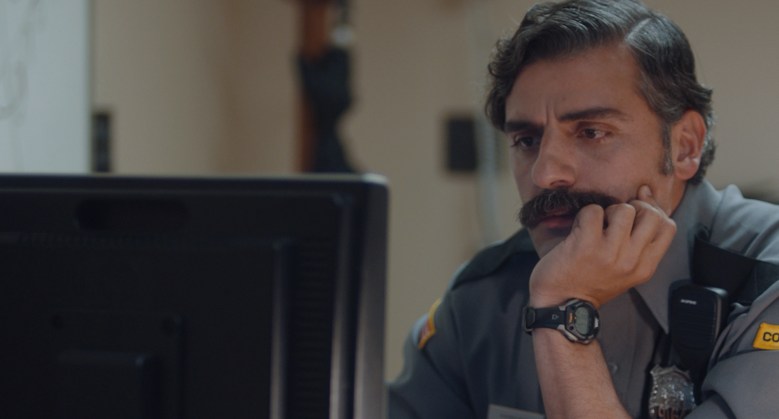 Though Pedro Almodóvar was mysteriously shut out of this category (his Tilda Swinton-starrer “The Human Voice” was shortlisted), one higher-profile name managed to eke out a nomination. Oscar Isaac stars in this film written and directed by his wife Elvira Lind, in which he plays Richard, an affable corrections officer assigned to mail room duty at a maximum security prison. It’s a puzzling perspective to want to humanize given the past year’s reckoning with policing and mass incarceration, and Richard’s “good guy crushed by the system” feels wildly out of touch.

Unlike the other nominees, “The Letter Room” feels unfocused and formulaic. As Richard goes about his daily routines, chatting books with one inmate and becoming overly invested in the love letters sent to a man on death row, the film remains staunchly one-sided. When a concerning letter prompts him to seek out the scribe Rosita (an unusual choice of Alia Shawkat playing pregnant and Latinx), his paternalistic concern is met with little pushback. Rather than building to or resolving any conflict, “The Letter Room” fizzles to a warm and fuzzy conclusion, with an officer of the state emerging unscathed and heroic. Blergh. 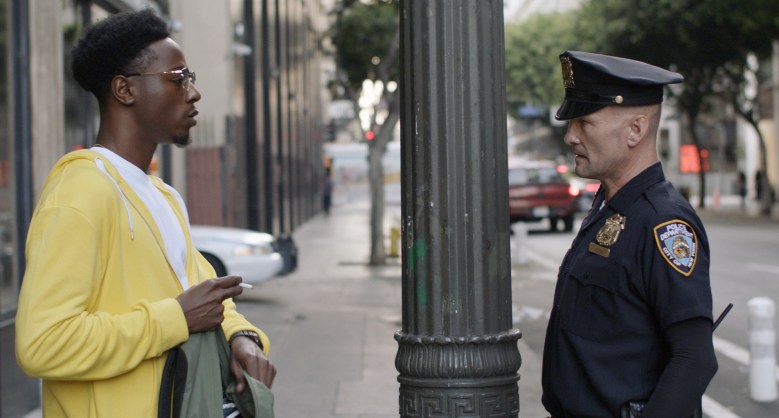 As he watched last summer’s unceasing scroll of Black people murdered by police, former “Daily Show” writer Travon Free felt like he was living a nightmare version of “Groundhog Day.” He took the concept of the beloved comedy — a day that keeps repeating itself — and turned it into a disturbing satire about life as a Black man in America. The film follows Carter (rapper Joey Badass in an impressive breakout), and his thwarted attempts to get home and feed his dog after a promising one-night stand. Every morning, he wakes up in the bed of the same beautiful woman (Zaria), and every day the same white cop (Andrew Howard) shoots him.

The comedy sneaks in as Carter designs ever more creative ways to escape his fate, whether it’s by cooking an elaborate breakfast so he doesn’t have to leave the building, attempting to reason with the cop, or eventually accepting a ride home from his murderer. Despite its tragicomic elements, the movie remains refreshingly upbeat for the most part, so much so that Free almost gets away with a trick happy ending. The gimmicky plot doesn’t fully cohere into anything more than a fun concept, and the repeated deaths will likely make it difficult for some Black viewers to watch. Still, with its topical themes and slick production values, “Two Distant Strangers” may have the resonance and immediacy to take home the win. 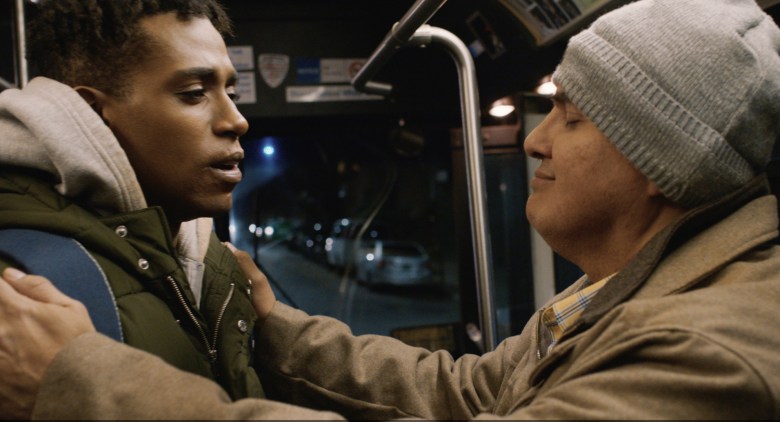 Set over the course of one night, this engaging feel-good story follows Tereek (Steven Prescod), a houseless young guy throughout a sleepless night in New York City. When his place to crash falls through and his girlfriend can’t meet up until later, he encounters a man standing on the street corner with a sign. “I am deaf and blind. Tap me if you can help me to cross the street,” it reads. With nowhere else to go, Tereek reluctantly taps him, forging an unlikely connection with the sweet man whom he learns is named Artie (Robert Tarango). Tereek looks a bit befuddled as he buys Artie a soda, waits with him for the bus, and exchanges small messages by spelling out letters on his hand.

Executive produced by Oscar winner Marlee Matlin, “Feeling Through” is the first film to cast a deafblind actor. Tarango’s performance is natural and adorably sincere, and Prescod rises to the challenge of reacting to someone who cannot see or hear him beautifully. Though both men’s futures seem bleak, the film remains optimistic about the power of humans to always look out for one another. 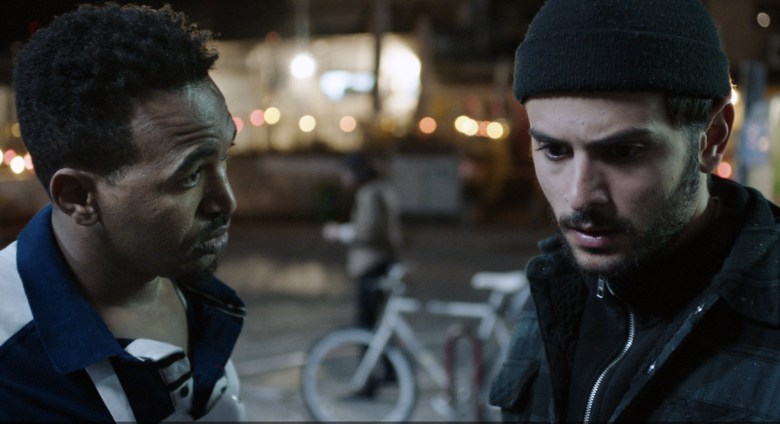 Shot in a single take and blocked with balletic precision, “White Eye” turns a small inconvenience into a moral quandary with devastating real-life consequences. The film opens with an Israeli man Omer (Daniel Gad) finding what he believes to be his stolen bicycle in a desolate but not entirely empty street corner. As Omer calls the police, hoping to get help or permission to break the lock, life stirs behind him in a subtle yet relentless trickle. There’s a woman in heels approaching darkened cars, a group of guys smoking cigarettes, and factory workers taking much-needed breaks.

When one such worker, an Eritrean immigrant Yunes (Dawit Tekelaeb), reveals he bought the bicycle at a bus stop, Omer is convinced the man stole it himself. Omer is unmoved by Yunes’ explanation that he takes his daughter, a one-hour trip each way, and that she begged him to get a white bicycle. By the time the cops arrive, Omer’s change of heart comes far too late to make any difference. The filmmaking mirrors Omer’s selfish focus on his minor problem at the expense of this man and his family. As the world spins around him, all he sees is the bicycle, blind to the damage he is about to cause. 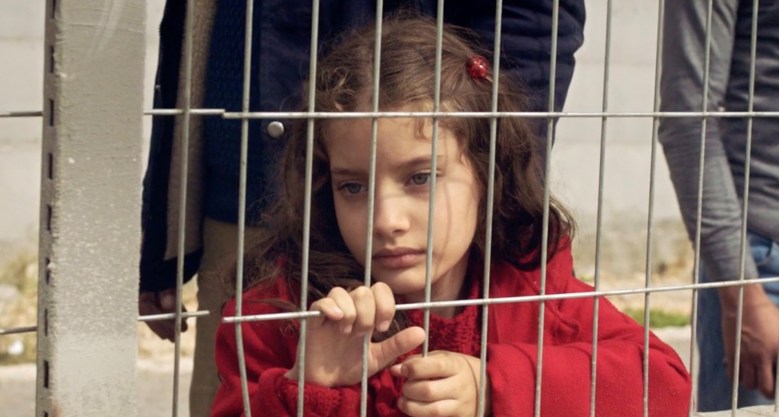 Heartbreaking without laying it on too thick, “The Present” needs not embellish the everyday struggles of Palestinians living under Israeli occupation. The film follows Palestinian father Yusef (Saleh Bakri) and his daughter Yasmine (Maryam Kanj) as they venture out to buy his wife an anniversary present. A car full of Israelis speeds past on the wide open road as they wait in a cramped line to cross a single check point. When Yusef is not overly ingratiating to the IDF officers, he is held in an outdoor cage, leading to back pain for Yusef and an accident for Yasmine. On the bus ride into Bethelehem, Yasmine’s spirited excitement from the morning has faded into resigned fatigue. In the store where Yusef buys his wife a new fridge, Yasmine becomes mesmerized by a colorful bird in a wire cage.

Director Farah Nabulsi employed guerrilla filmmaking tactics to capture the film’s opening scene, with Yusef waiting in the crowded checkpoint, bodies colliding against one another as some climb the walls overhead. “The Present” won the Audience Award at Clermont-Ferrand’s short film festival last year, and with two nuanced performances at its center, the bond between these two could win over Oscar voters as well.

The 2021 Oscar nominated short films are available online and VOD courtesy of ShortsTV.