Laemmle theaters have fed generations of Los Angeles cinephiles. This documentary looks at their past and present. 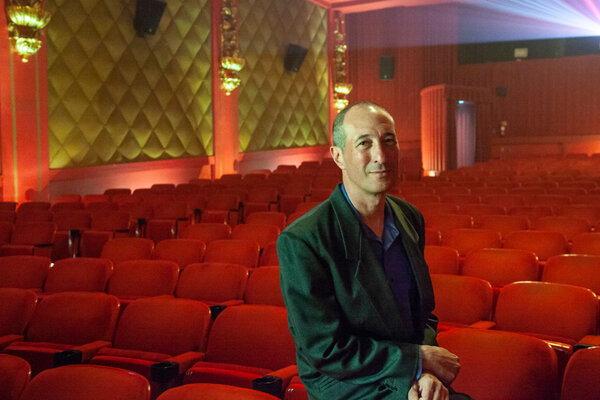 Is it said that the comic poet Ogden Nash, noting the hiring practices of a certain founder of Universal Pictures, once wrote the couplet “Uncle Carl Laemmle/has a very big faemmle.” Carl Laemmle made no secret of his nepotism, and frankly it’s hard to argue against its results. His son, Carl Laemmle Jr., for instance, produced visionary 1930s monster movies including “Dracula” (1931), “The Mummy” (1932) and “The Bride of Frankenstein” (1935). One of the elder Laemmle’s cousins, like Laemmle a European immigrant, was William Wyler, who became a protean American director.

There are still Laemmles in the movie business, and any Los Angeles cinephile will avow that the family is doing God’s work. “Only in Theaters” tells the story of Laemmle Theaters, a set of art houses that dot the Los Angeles area.

The small theater chain was founded by two nephews of Carl Laemmle Sr., who turned it over to Robert Laemmle, who then passed the baton to Greg Laemmle‌, his son. The theaters once hosted the West Coast premieres of powerhouse international films by the likes of Ingmar Bergman and François Truffaut, who became friends of the Laemmle family.

This documentary’s director, Raphael Sbarge, had his eyes opened to these movie houses when screening a film at one of them. His decision to chronicle the theaters and the family that runs them coincided with a major turning point for the business. By 2019, Greg Laemmle contemplated selling the movie houses. There’s footage of him agonizing over the idea. And then the coronavirus pandemic arrived, which compelled Greg to make a substantial sacrifice.

Ultimately the movie is as scattershot as it is enthusiastic. When the French director Bertrand Tavernier is mentioned, the screen displays a shot of the French director Bertrand Blier. Repetitive paeans to the theatrical experience (from interviewees including the critic and historian Leonard Maltin, and the filmmaker Ava DuVernay) are offered willy-nilly. But the narrative about the theaters’ present-day fight for survival is undeniably compelling.

Only in Theaters
Not rated. Running time: 1 hour 34 minutes. In theaters.