NICK Cordero's wife Amanda Kloots said they'd had a "big win" in his battle with coronavirus.

Amanda revealed Nick's heart and lungs are "getting stronger" in an update on the Broadway star's COVID-19 fight, after he was put into a medically-induced coma earlier this month. 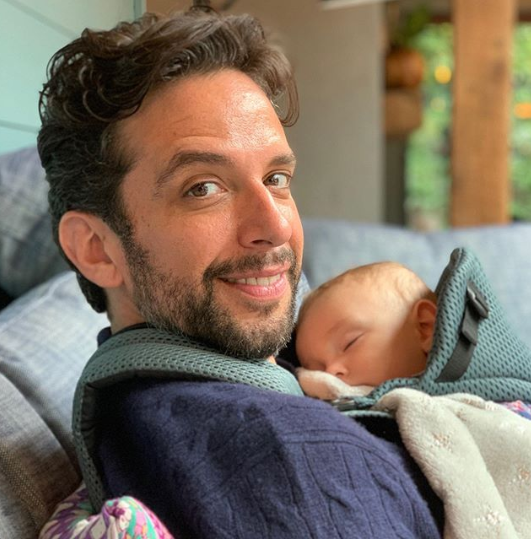 The fitness instructor and mom to their 10-month-old son Elvis said in her Instagram Stories: "I'm just going to share some really, really good news that we got about Nick.

"His heart and lung are getting stronger."

She went on, "They're weaning him off the ECMO machine," referring to the device that support the heart and lungs.

"This would mean that his heart and lungs would be running on their own. Big win." 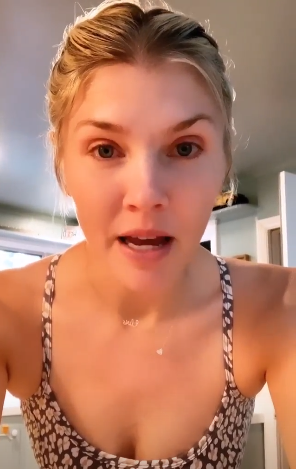 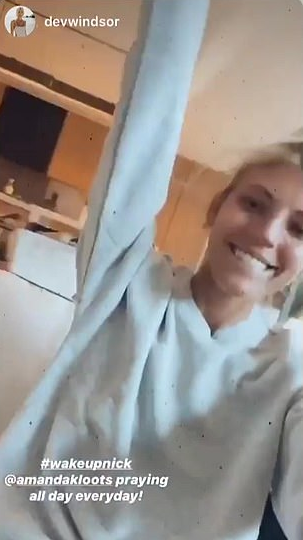 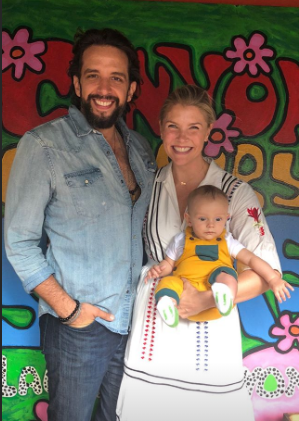 Amanda added: "But we still need him to wake up and we're going to keep pushing for that and singing and dancing.

"Guys, it's a small win in the right direction for our Nick."

She then urged her followers to sing and dance at 3pm PST in honor of Nick with the hashtag #danceforNick.

The movement spread so wide that even model Devon Windsor got involved, filming herself dancing for the Tony nominee.

It comes after Amanda revealed Nick had collapsed before being rushed to hospital. 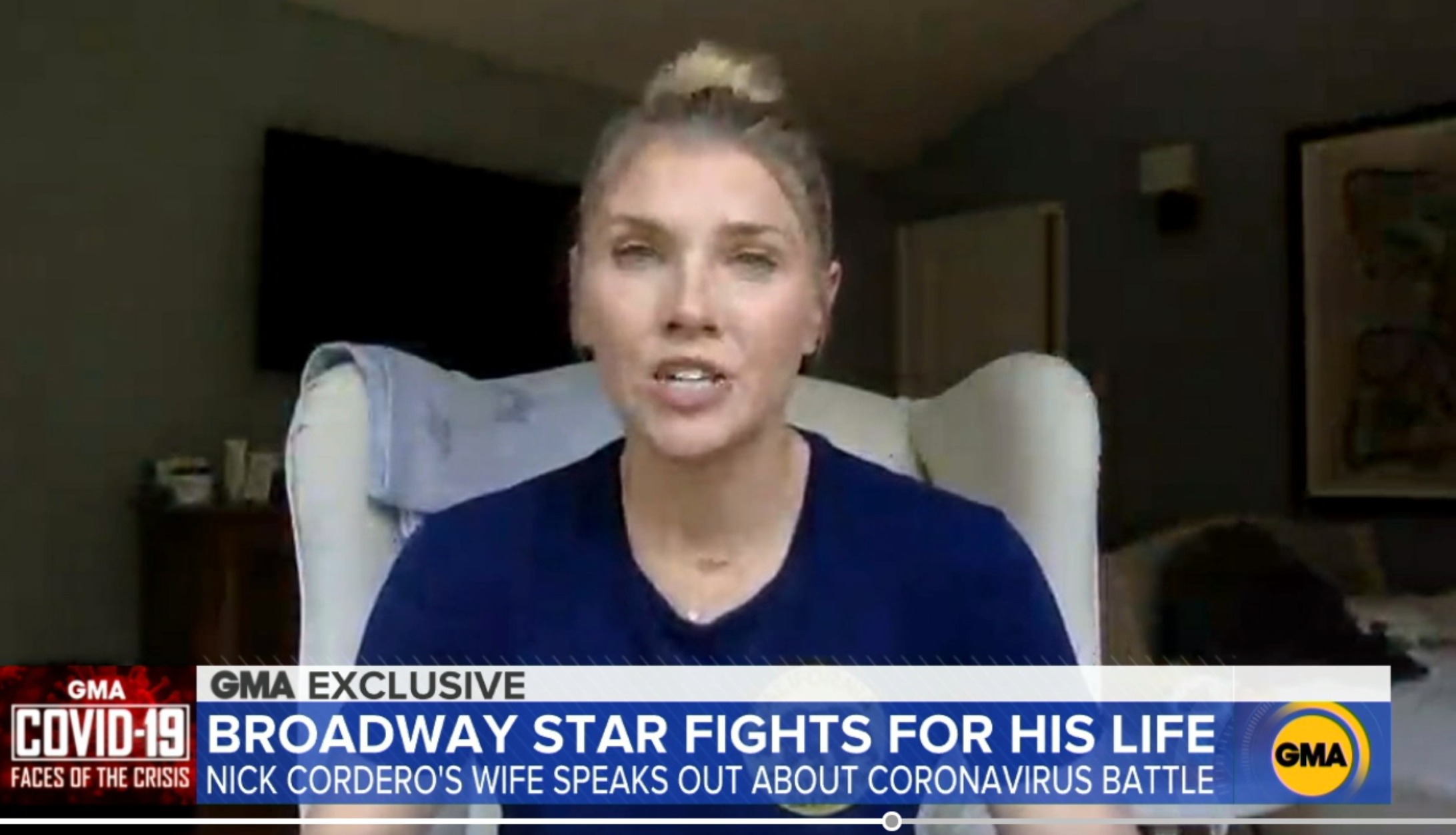 Amanda told Good Morning America: "He had extreme fatigue. There was no really other symptoms."

She went on: "The tipping point really sort of happened one morning.

"We were eating breakfast, and I asked Nick to go change Elvis' diaper.

"And I heard a huge thump, and I ran into the bedroom. He had fallen. He had fainted." 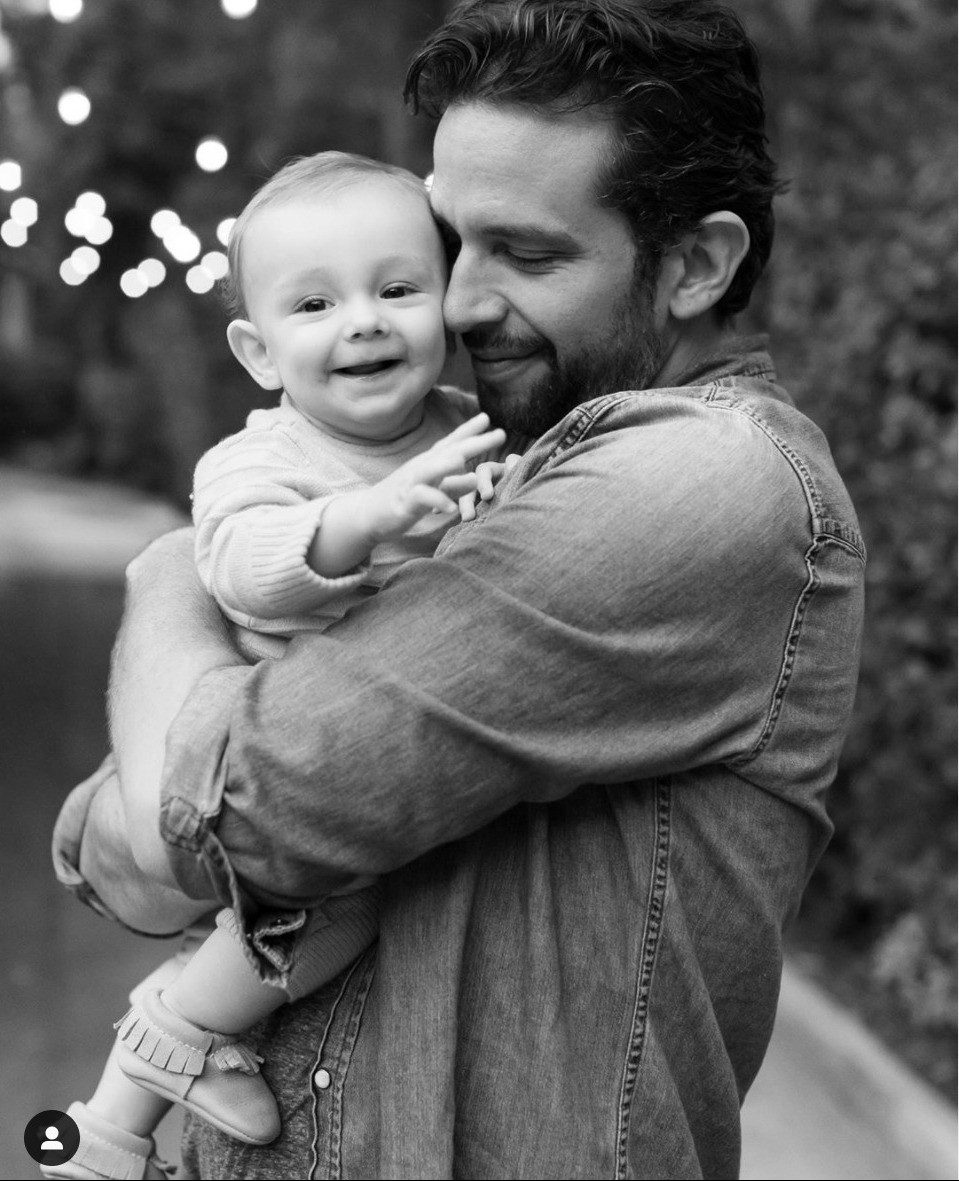 Nick was taken to the hospital on April 1.

The 41-year-old was initially treated for pneumonia after a coronavirus test came up negative.

But he was put into a medically induced coma to help with his breathing.

He is now on a ventilator, a dialysis machine.

Last weekend he needed to be resuscitated following emergency surgery to open up blood flow to his leg.

Amanda said in a recent Instagram story the smallest steps of progress still mean so much, even when there are setbacks along the way.

Amanda and Nick originally met while performing in the musical Bullets Over Broadway in 2014.

Nick was nominated for a Tony Award for his performance.