Netflix has confirmed the return of Money Heist with a trailer for the fifth and final season of the hit Spanish show. As well as what to expect from the show the trailer also confirmed that season five would be split into two parts, with the first half on September 3 and the second expected to be released on December 3.

The exciting trailer which was released on Monday, featured small snippets of different clips.

There were explosions, guns being raised and of course the team fighting for their lives in their iconic red jumpsuits.

The hit Spanish show had viewers hooked from the first season and now that season five will be on screens soon, fans have taken to Reddit to share some of their theories.

In one clip an eagle–eyed fan noticed something peculiar about the Professor (played by Alvaro Morte): 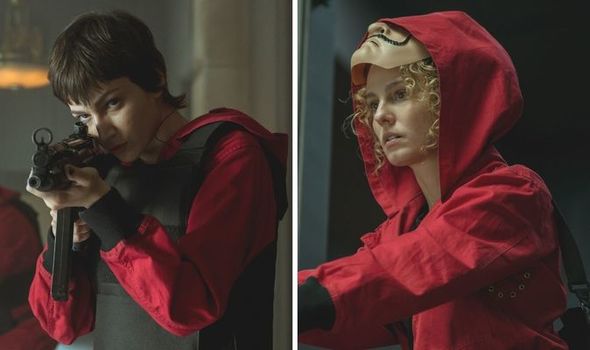 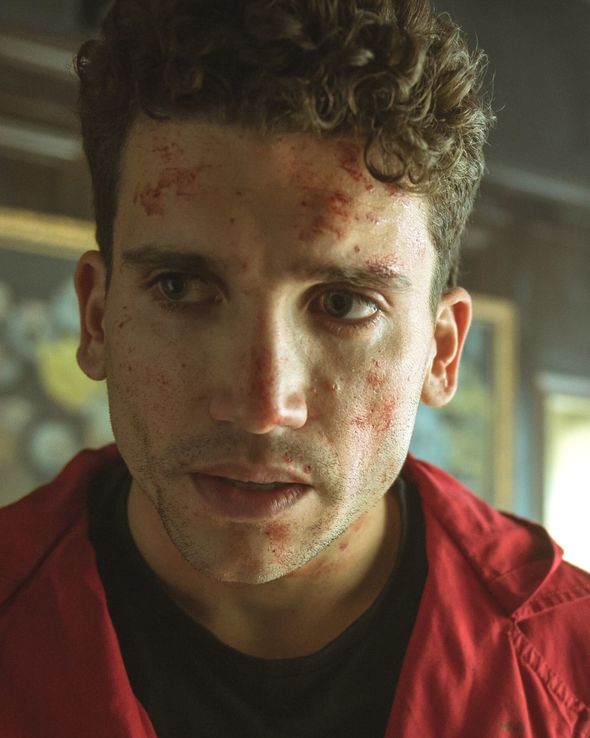 “We could see the professor tied up which mean Alicia caught him, the gang saw the professor didn’t respond to them and probably also heard the bullet Alicia fired at him at the end of season 4.”

Alicia Sierra (Najwa Nimri) is the no–nonsense police inspector who is working with the Spanish Government and she is more than ready to arrest the crew.

In part three, fans witnessed as she heartlessly paraded Nairobi’s (Alba Flores) son Axel outside the Bank of Spain that the crew had taken over, in hopes that seeing him would persuade Nairobi to hand herself in.

The inspector also tortured Rio (Miguel Herran) during an interrogation when he was captured. 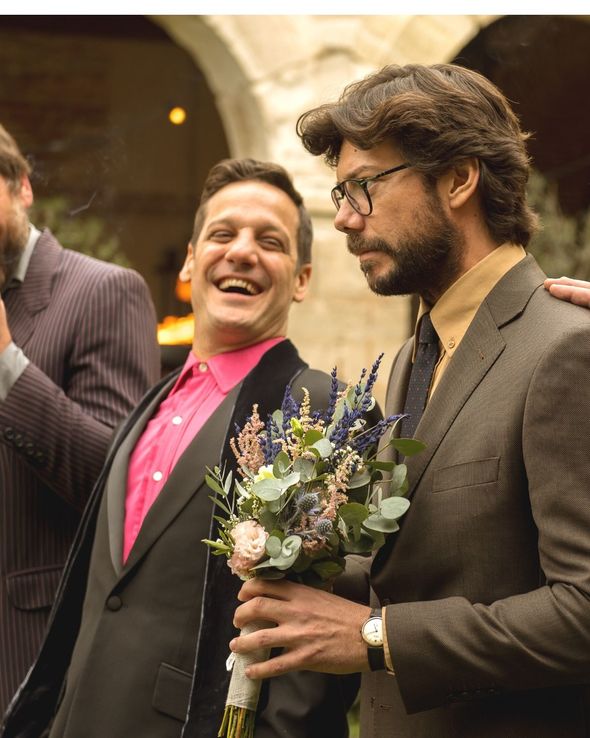 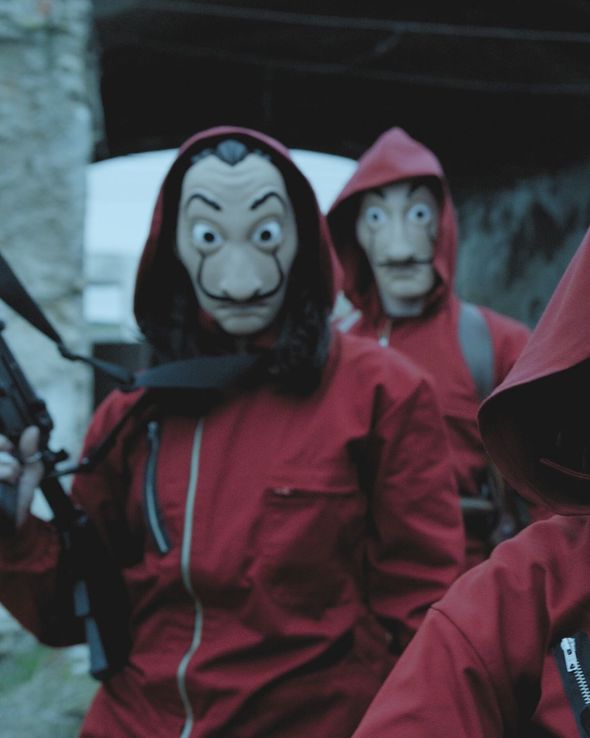 The Reddit user added: “If u remember correctly alica took the help of someone from the police to track the number plate, that person could tell the police where she is.”

This alludes to the fact that in the closing scene of season 4, Alicia discovered where the Professor was hiding out and had a gun pointed to his head so he had nowhere to run.

Alicia was able to track down the criminal mastermind by using the same source that the Professor had used.

Despite the fact that she was fired and completely off the case, Alicia put on a disguise and used her skills to locate the number plate from old footage.

The fan closes their theory by adding: “The gang could then demand for the professor to be handed over in exchange of all the hostages which will result in the police entering the bank and resulting in a massive shoot off that we saw in the trailer.”

This theory could be true, as viewers of the show will know the gang are very persuasive and can easily talk their way into getting the professor back.

They have previously and successfully pursued the chief of operations Luis Tamayo (Fernando Cayo) to help them.

Even the police have fallen victim to the robbers, with the Professor talking his way into a forty-eight hour truce with them.

Perhaps the Professor will be able to free himself or at least talk his way into a deal.

Maybe this loyal fan theory could come true and the gang will free all the hostages for the professor.

All seasons of Money Heist are available to stream on Netflix