MasterChef returned this evening for the final instalment of quarter-final week, with judges John Torode, 54, and Gregg Wallace, 55, on hand to critique the remaining 10 contestants’ dishes. Tonight, the chefs were tasked with creating nine identical canapés to ensure they got one of the nine places in next week’s semi-final. With a multitude of ideas flying all over the place, there was one dish in particular viewers of the BBC cookery show didn’t seem too keen on.

Throughout the heats and this week’s knockout rounds, Digital Security Manager David has gone from strength-to-strength with his dishes.

Canapés had never worked for him prior to facing John and Gregg’s critiques, so the chef was very dubious about how his latest batch would turn out.

Wanting to spice things up a bit, the amateur cook brought something new to the table by serving a bite-sized dessert tartlet with a twist.

This included combining the unlikely duo of beetroot and chocolate, a creation those watching at home thought was a very bad idea. 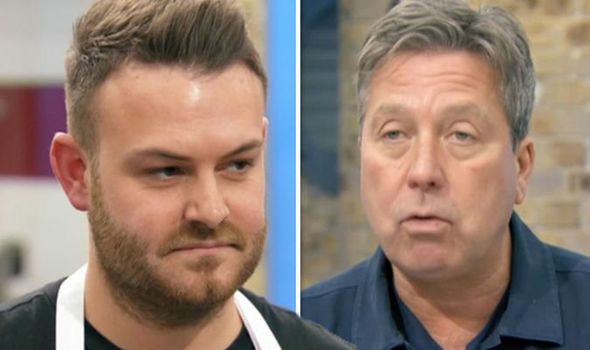 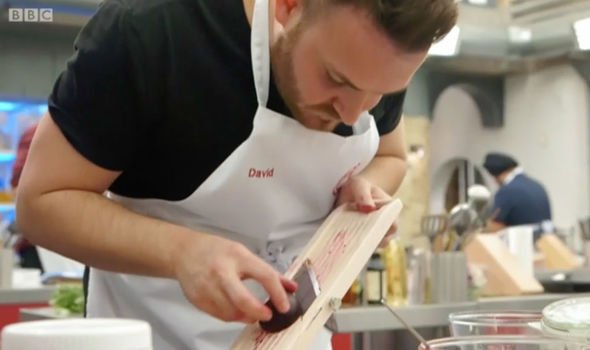 The beetroot petals were included in the dish to accompany a shortcrust tart, a raspberry gel and a chocolate ganache.

Explaining the unusual combination of ingredients, David said: “Beetroot isn’t usually used in desserts, but I think it goes really well with the bitterness of the dark chocolate and the sweetness of the raspberry.”

Commenting on the dish prior to tasting, John said: “David is playing a really interesting game here.

“Beetroot with chocolate and raspberries for dessert – dangerous,” he added, and it seemed viewers were in agreement. 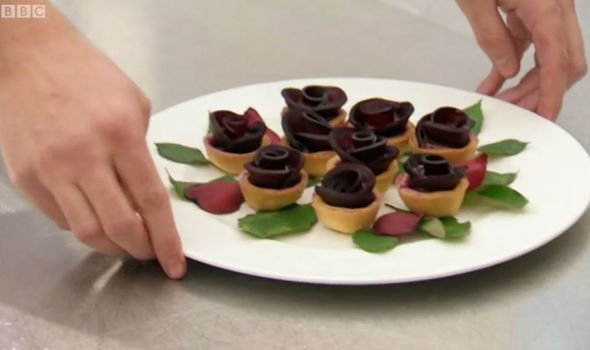 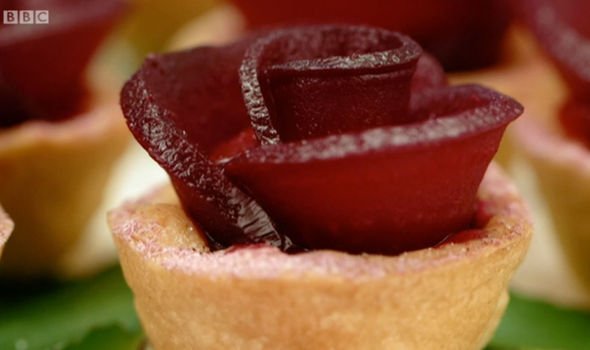 Taking to social media, those watching at home voiced their discern at the contestant combining the contrasting ingredients.

One wrote on Twitter: “Chocolate and beetroot ?? Sounds like he’s been in quarantine using up what’s left in the house because the weekly shop hasn’t been done #MasterChef #MasterChefUK.”

Another added on the micro-blogging site: “‘Beetroot isn’t commonly used in desserts’. There might be a reason for that mate. #masterchef #masterchefuk.”

Whilst a third commented: “There’s a reason that beetroot isn’t often used in desserts… #masterchef,” a fourth posted: “Beetroot and chocolate….its alchemy, but on its a*** #MasterChef.”

Despite the anguish going on with viewers, David later served his creation up to the judges to see if he’d done enough to stay in the competition.

After devouring the miniature desserts, John said: “Your miniature pastry cases are thin and crumbly and short as they should be and not too sweet.

“I love the bitter chocolate with the sweetness of your raspberry jelly and I’m surprised by your beetroot across the top because it does work.”

It was then time for Gregg to give his commentary on the delicate little canapé he had just tasted.

“You’ve got lovely crumbly pastry. The big flavour in there is sharp, sweet raspberry,” Gregg began.

“The chocolate, that slight bitterness, that matches it beautifully,” he added, before going on to discuss the addition of the beetroot.

“Using the beetroot as a rose I think is spectacular,” he praised, with the chef thankful for their comments.

It seemed despite the initial doubt, David did enough to impress the judges as he made it through to next week’s semi-final.

MasterChef continues Monday at 9pm on BBC One.