On tonight’s series finale of MacGyver, MacGyver (Lucas Till) and Riley (Tristin Mays) stumble onto a mind control conspiracy, which leads them to question their commitment to the Phoenix Foundation.

Directed by David Straiton, from a script by Alessia Costantini, Stephanie Hicks, Andrew Klein and Monica Maser, “Abduction + Memory + Time + Fireworks + Dispersal” hinges on a plot thread set up in Episode 11, in which Mac and Riley are exposed, via tear gas, to nanoscopic tracking devices.

The episode opens in seemingly ordinary fashion, with Mac, Riley, Desi (Levy Tran) and Bozer (Justin Hires) undertaking an undercover operation at an underground poker game. Desi stealthily places a tracker on the back of a target, and all is going well—until Mac and Riley suddenly go missing. 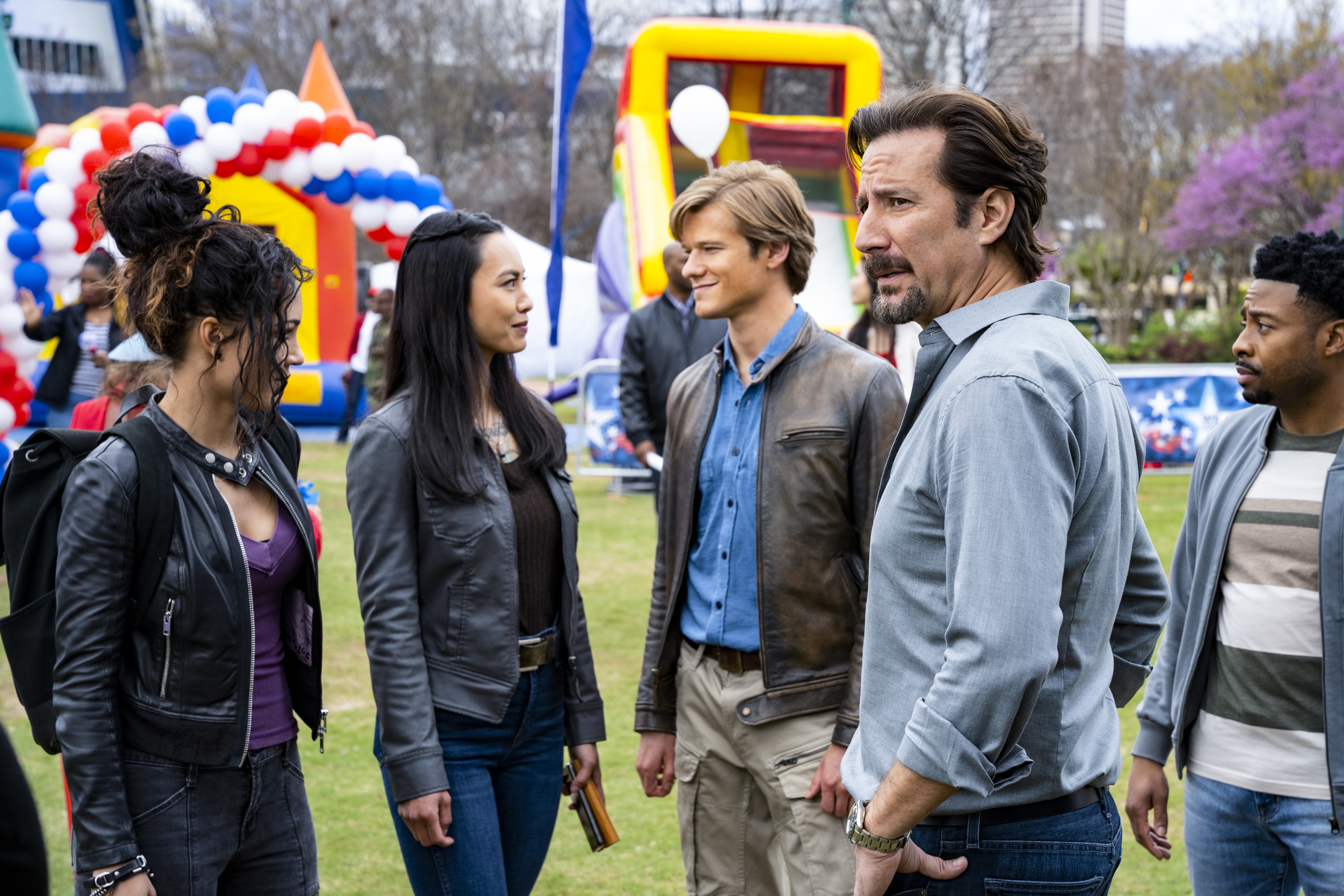 When Phoenix Foundation Head Matty (Meredith Eaton) discovers that Mac’s comms have gone offline, she initiates a recovery operation, sending members from various government agencies out to look for him.

24 hours later, Mac and Riley are “still ghosting” their crew—until they suddenly reappear, with no memory of where they’ve been or what’s happened to them.

Matty and her colleague Russ (Henry Ian Cusick) have the pair put through a series of medical tests, and a doctor notes that they have “collapsed veins,” after being poked and prodded more than 237 times. It seems clear that someone has made lab rats out of the duo, and that the nanobots inside Mac and Riley have something to do with this plot. But who would do all of this? And why?

While Matty continues to chase answers, Mac is put on lockdown at home with Riley, Bozer and Desi, confronting a sense of violation that’s followed his abduction. Before leaving the Phoenix base, though, he swipes one of the vials of his blood that has been tested, so that he can conduct his own research.

Given the unusual color of the blood, Mac deduces that he and Riley were drugged, leading to selective amnesia. He then utilizes the concept of “state-dependent memory” to his advantage, restaging the events of that night in his apartment, until details start to come back to him.

After falling asleep on the couch, both Mac and Riley are hit with the same intense memory flashes, which lead them to an almond grove in Lost Hills. From there, they are able to track down the abandoned warehouse where they were held captive. 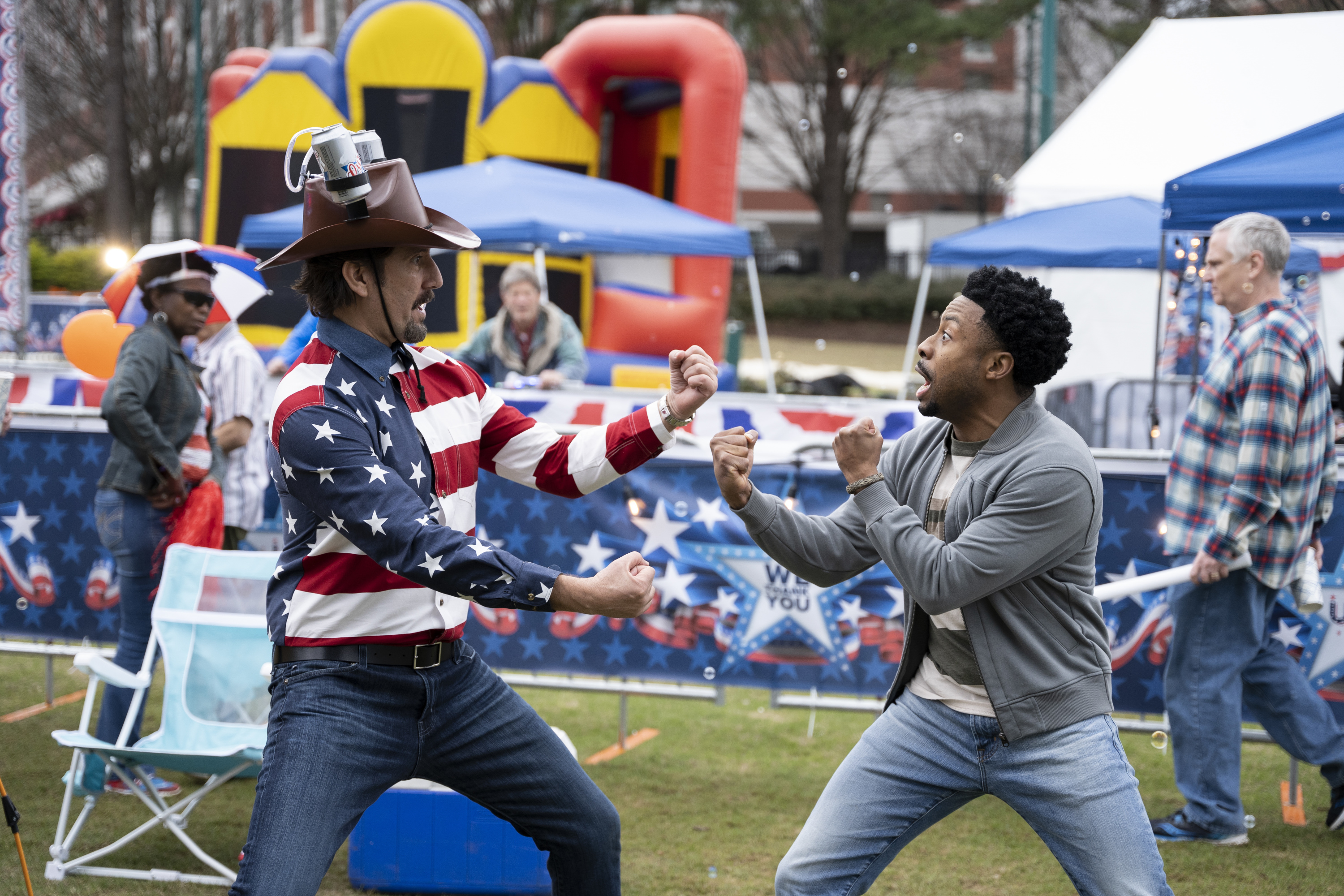 “I could have you all fired for this,” says Russ, who along with Matty has tracked the movements of Mac and his crew. Russ is disappointed in them for disobeying Matty’s lockdown orders, but never mind that. Because Mac’s gusto leads him to find Jennifer Pool (Shi Nel Nielson), the right-hand woman to Orson Marcato (Tom Nowicki). Marcato, they believe, is the man behind the nanobots.

Russ interrogates Jennifer about Marcato’s endgame, while Riley hands Pool’s computer hard drive over to a couple of her hacker friends. From the drive, a video file emerges, showing a zombie-like Mac and Riley under mind control, being forced to fight each other, and Mac shooting a practice dummy in the head multiple times, without flinching, under the control of nanobots.

As Mac goes through a moral crisis over the actions he’s been forced into, the Phoenix team unravels the full story behind the nanobots. Originally, Marcato developed them as “new, experimental tech” to help with depression, but he found that they yielded “unintended, fascinating side effects.” Mac and Riley confirmed for Marcato that his nanobots can be the ultimate weapon, and subsequently, he sets out to disperse them into the air, via fireworks at a “military appreciation” event he has planned in Washington, D.C.

Thousands of families will be in attendance, unwittingly surrendering any sense of personal agency. The worst revelation of all, though, is that Marcato’s experiments were funded by the U.S. government, which has prioritized the “next industrial revolution” over the rights of its citzens.

After losing trust in both himself and his country, Mac heads to D.C. with his team, racing against the clock to get to Marcato’s “finale bank” of nanobot-laden fireworks. Being the tech wiz that he is, of course, Macgyver isn’t simply going to disable them. Instead, he manipulates their contents to create a “super rocket,” capable of safely dispersing the nanobots into the ozone layer. 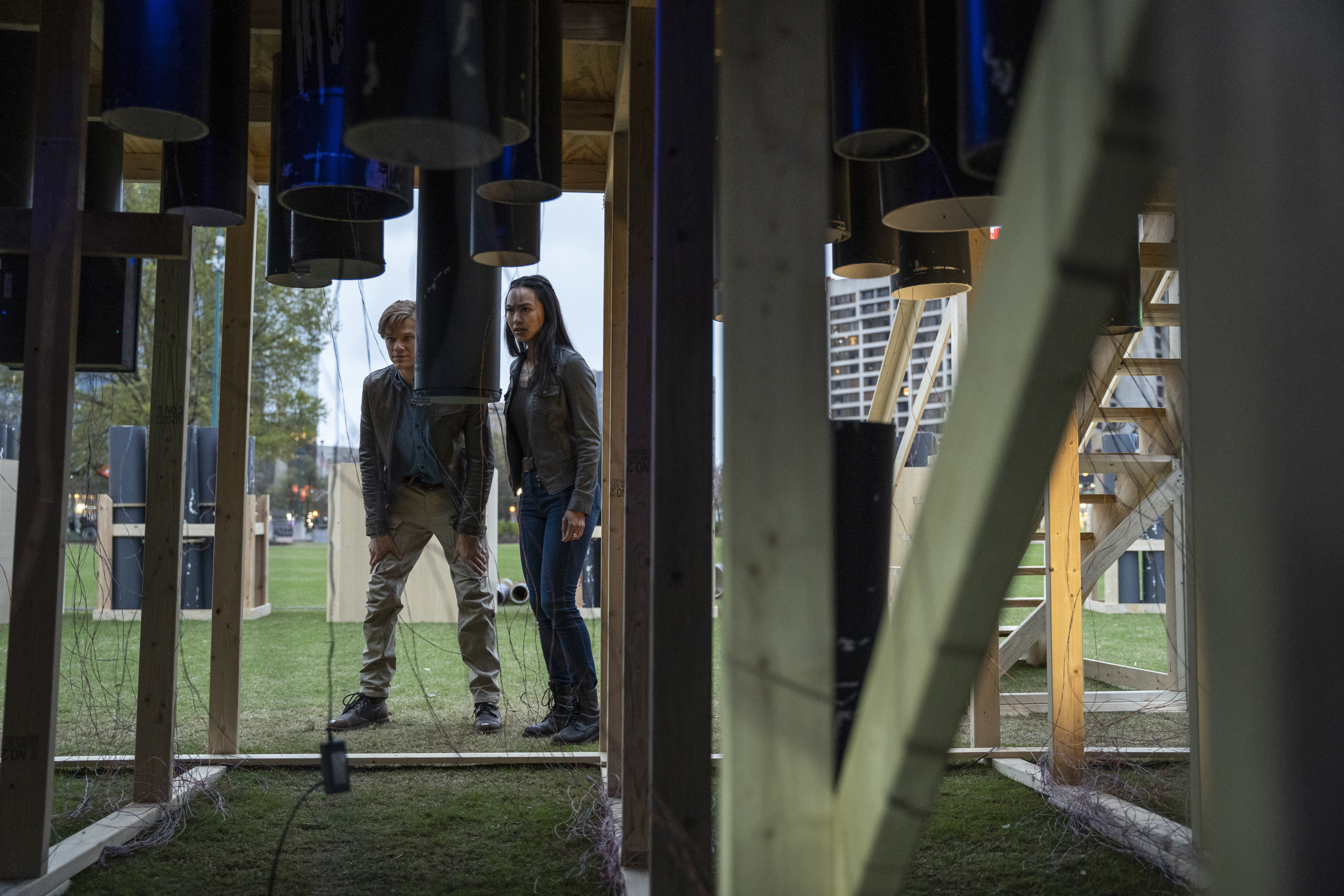 After saving the day, all that’s left for Phoenix to do is get those pesky nanobots out of Mac and Riley, with forced cooperation from Marcato. Russ does so by placing each of them in hyperbaric chambers, which will increase the absorption of oxygen in their blood until the bots die.

Riley is easily cleared of the nanobots, but for a moment, it seems like our hero Mac might die as well, as pressure within the chamber causes him to convulse and flatline. But after slowly dialing down the pressure in the chamber, Mac regains consciousness, and is forced to examine plans for his future.

The U.S. government funds the Phoenix Foundation, and despite all the good he’s been able to do there, he cannot abide their “disgusting” recent actions. Instead, he will find another find to serve his country.

But just as Mac is announcing his resignation, with Bozer, Desi and Riley following, Matty makes the major announcement that Phoenix is fully autonomous, having just cut all ties with the U.S. government. If Mac will join her, she says, he will be able to get around their corruption, and take on only the missions that matter to him.

In the end, a champagne toast seals the deal, and the Phoenix family sticks together, paving the way for many more exciting adventures.

CBS’s Macgyver reboot, developed by Peter M. Lenkov, debuted in September of 2016. It was abruptly announced earlier this month that Season 5 would be the action drama’s last. MacGyver is one of several long-running CBS series coming to an end this season, the others being NCIS: New Orleans and the Allison Janney-starring comedy, Mom.