Lorraine Kelly, 60, was joined by Dr Hilary Jones, 66, to present the last hour of Good Morning Britain today as her ITV chat show has been taken off air due to the current COVID-19 outbreak. As the pair discussed the latest headlines on the coronavirus crisis, the presenter couldn’t hold back what she thought of the current PPE shortages. The Government has promised more is on its way to the UK, but the veteran chat show host was furious for such a delay.

There has been huge uproar about the kit available to treat patients testing positive for COVID-19, with the Government stating they are working to address the shortages.

An RAF plane full of 40,000 gowns is set to land in the UK today from Turkey in a bid to protect front line workers, despite PPE also being shipped from Britain to other European countries.

Not only are members of the NHS worried about their own health, but the lack of the right equipment means they are concerned they could be spreading the virus to other patients.

With such controversy over the measures currently in place, Lorraine hit back and said the situation was “utterly chaotic.” 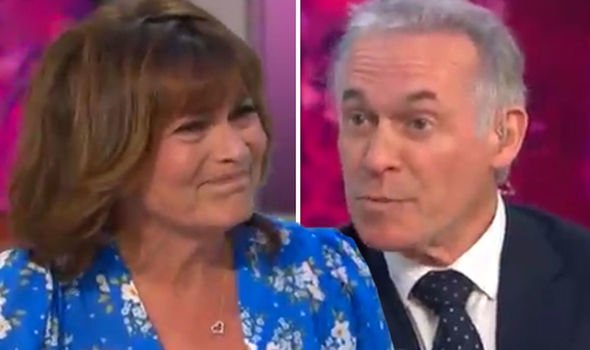 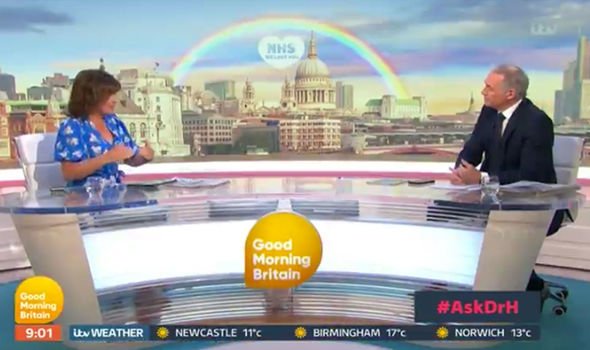 Sitting with Dr Hilary, she said: “We’re relying on, apparently, this flight from Turkey that seems to be taking forever and a day to actually get here.

“We’re shipping out PPE to other European countries. A kid could do a better job. It doesn’t make any sense.

“And people are making their own, as we know. Are all of these things getting to the hospital? What’s going on?” she asked the medical professional.

“They are getting to some hospitals. Hospitals are welcoming them with open arms,” her co-star replied. 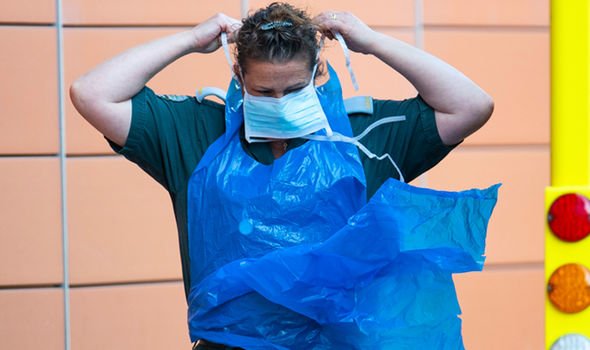 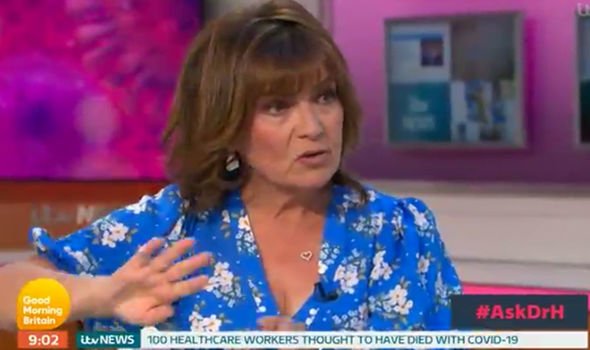 “I think what’s got to happen, because the Government can’t access them quickly enough, they need to go straight to the hospitals where hospitals have microbiology departments with infection control.”

Lorraine replied: “So, you’re better cutting the middleman out, not going to the Government and waiting for that and going straight to the hospital.”

It was clear the presenter was voting the anger felt by front line workers, having to treat patients day in, day out.

During the daily press conference yesterday, Chancellor Rishi Sunak, 39, said the Government was looking at “every possible option” to deal with the shortage.

He added: “Of course, everyone working incredibly hard on the front line deserves to have the equipment they need to be able to do their jobs safely.

“We’re working around the clock to make sure we can deliver on that.

“We’re improving our sourcing internationally and domestically to get the PPE we need.”

“People on the front line can be rest assured, we are absolutely doing everything we can to get the equipment they need,” the politician explained.

Viewers seemed to be just as furious as Lorraine as they took to social media to share their thoughts on the situation.

One posted on Twitter: “#gmb #lorraine why, if we’re so short of PPE allegedly, are we shipping it to Europe?”

Another added: “Ffs if we’ve got PPE in this country what the f*** we waiting on shipments from abroad for ffs #GMB.”