As production on season 1 of Kung Fu wound down earlier this week, series star Shannon Dang — who plays eldest Shen sister Althea on the CW drama — expressed appreciation for the response the show has garnered since its premiere.

“I have friends and family that are always constantly texting me about how proud they are of the show and to see something like this finally on TV. “Especially seeing the Shen family, they feel like their families are on screen and they’re being seen,” Dang tells ET. “It’s a really rewarding time for us and we’re grateful that people continue to bring us into their homes and want to watch us every week.”

Ahead of Wednesday’s new episode, which delves deeper into Althea’s story, complications with her engagement with her wealthy fiance, Dennis, and a harrowing secret, Dang discusses what viewers can expect.

ET: You and your fellow castmates are wrapping up production on season 1 of Kung Fu. How are your emotions? Has it been a whirlwind last few days?

Shannon Dang: Oh my gosh, it’s been such an exciting time. I think it’ll probably hit me later in a few weeks when we premiere [the finale]. It didn’t hit me until yesterday (Monday). Majority of us wrapped filming yesterday and the rest of us are today (Tuesday), so whoever isn’t working, we’re going to come and celebrate. Low key and COVID safely, of course. It’s been surreal. It’s been a dream and we’ve been working on this since February of 2020, and so for it to be finally finished and out there for the world to see — and we’re wrapping up here over a year later — it’s been a dream. It’s really exciting and I still can’t believe it’s over.

What has it been like seeing the response to the show?

The response has been great. I feel like our show naturally brought a lot of fans of the original Kung Fu and had some interest in our reimagining, but also the fact that we are a predominantly Asian American-led cast. I think that brought a lot of support and excitement from the AAPI community. I feel so much of the love. I have friends and family that are always constantly texting me about how proud they are of the show and to see something like this finally on TV. Especially seeing the Shen family, they feel like their families are on screen and they’re being seen. It’s a really rewarding time for us and we’re grateful that people continue to bring us into their homes and want to watch us every week.

One of the highlights is the family dynamic between the Shens. Your character, Althea, is incredibly different from Nicky or Ryan. What similarities do you have to her in personality and demeanor?

To be honest, my friends and family who watch, they say that I’m exactly like Althea. They joke, “You’re not even acting. This show found you and paid you to say these lines and there you are!” But I have grown to love this character. I feel like there are some similarities and differences. For example, I will admit I am not a tech-savvy genius whatsoever. So it’s been fun to vicariously live through that, but everything else, I really feel like I bring my heart and an essence of Shannon into this character, even throughout when she’s having experiences that I never had. I really try to bring myself into those. 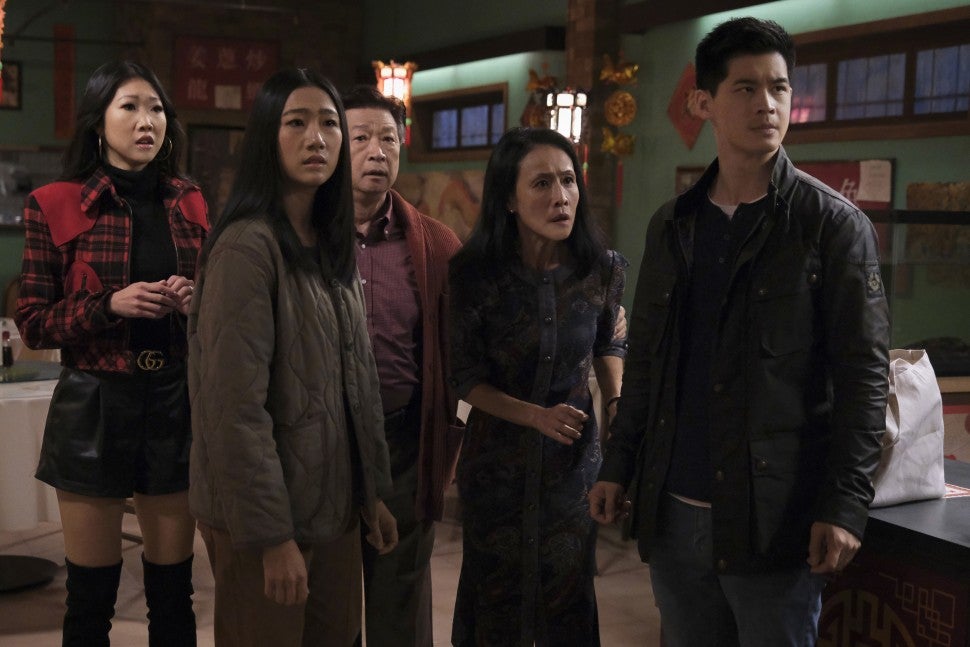 In this week’s episode, Althea juggles a lot. She’s navigating Nicky being an expert kung fu street fighter and then there’s her complicated engagement to Dennis, which brings up the modern view of marriage versus the traditional Chinese perspective. Can you set the table for what we can expect to see with Althea this week?

Althea is different than Nicky in the sense that Nicky knows what she’s fighting for. She’s always using her voice to stand up for not only others, but herself. While Althea, she’s not sure. She’s barely coming out with this secret [that she’s a survivor of sexual assault]. She’s been burying it and throughout the season, she’ll be looking to Nicky for inspiration and finding her own voice. I think she will hide a lot of her pain and her secrets and that will affect her relationship with Dennis — not only Dennis, but his family and the Shen family in general.

You touched on the revelation that Althea may have been sexually assaulted while Nicky was away. Can you speak to that more?

Althea has so many layers. I think audiences from the beginning of the season can be misled by her. She is the bubbly, outgoing, tech-savvy, often comic relief of the show and of the Shen family. And so for her to hide this deep secret, I think it actually won. It’s more powerful for the audiences to experience and be brought along into her journey and how someone like Althea and this light, what the darkness she covers underneath. There are a lot of people living like this. There are so many secrets and pain that she hides, and I think a lot of people can relate when they see her journey, especially given this sensitive subject matter that often goes unspoken about and hidden. I really think that Althea does a great job at showing that story.

Will Althea and Dennis make it down the aisle?

Let’s just say that Althea and Dennis will definitely have their ups and downs, and she will continue to plan her wedding throughout the season. And you’ll definitely maybe see some bridezilla in there.

Ooh, ooh! I would say she does have a friendship with Evan because he’s been around Nicky so often when they were younger. But Althea might be Team Henry. I think he stands for a fresh new start for Nicky. And she loves that her sister is back and interested in him, and she is full-on encouraging her to go for it. You’ll see that loving sister banter where she definitely plays the older sister and will egg Nicky on to hurry up and make a move already. I think audiences will love that relationship between the two sisters.

How would you describe the finale and where things go toward the end of the season? Are we in for a ride?

You are definitely in for a ride. The season finale is going to be filled with all the best things of Kung Fu: the action, the weapons, the family dynamic, the love, the pain, the secrets, all coming out into one and it’s going to be crazy. It’s going to be a great cake topper to the season and leave people wanting more.

Kung Fu airs Wednesdays at 8 p.m. ET/PT on The CW. For more, watch below.

'Kung Fu' Sneak Peek: Nicky and Her Mom Have a Tense Chat About Why She Came Back (Exclusive)

To stay up to date on breaking TV news, sign up for ET’s daily newsletter.