During Monday’s Good Morning Britain hosts Susanna Reid and Adil Ray invited football legend Stan Collymore onto the ITV programme to discuss the European Football League plan. It comes after it was reported the Premier League’s Big Six clubs have agreed to join the breakaway competition. Premier League leaders Manchester City, reigning champions Liverpool and rivals Manchester United are set to be joined by London teams Chelsea, Arsenal and Tottenham in the new competition launched to rival the Champions League. Three clubs from Spain and three from Italy make up the 12 to signal their intent to take part so far.

The proposal has caused a huge backlash among football players and fans including GMB host Adil who also slammed the plans labelling them a “disgrace”.

Stan, who appeared via video link, said the teams joining the Super League should be kicked out.

“I echo all the comments from all football fans when they say they are saddened and disgusted.” 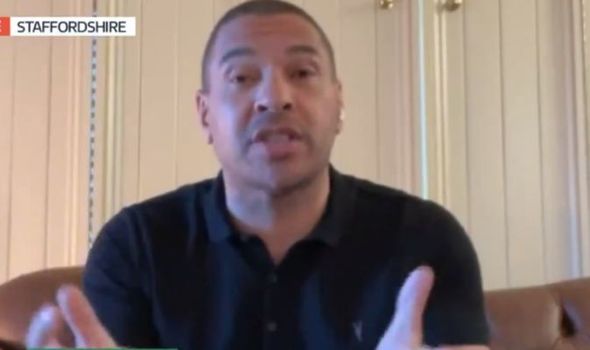