KATIE Price ditched her engagement ring on a trip to London today as she was seen for the first time since Carl Woods proposed.

The 42-year-old star – who has signed up to Celebrity MasterChef – played it safe in the capital on Thursday as she enjoyed a saunter with her husband-to-be. 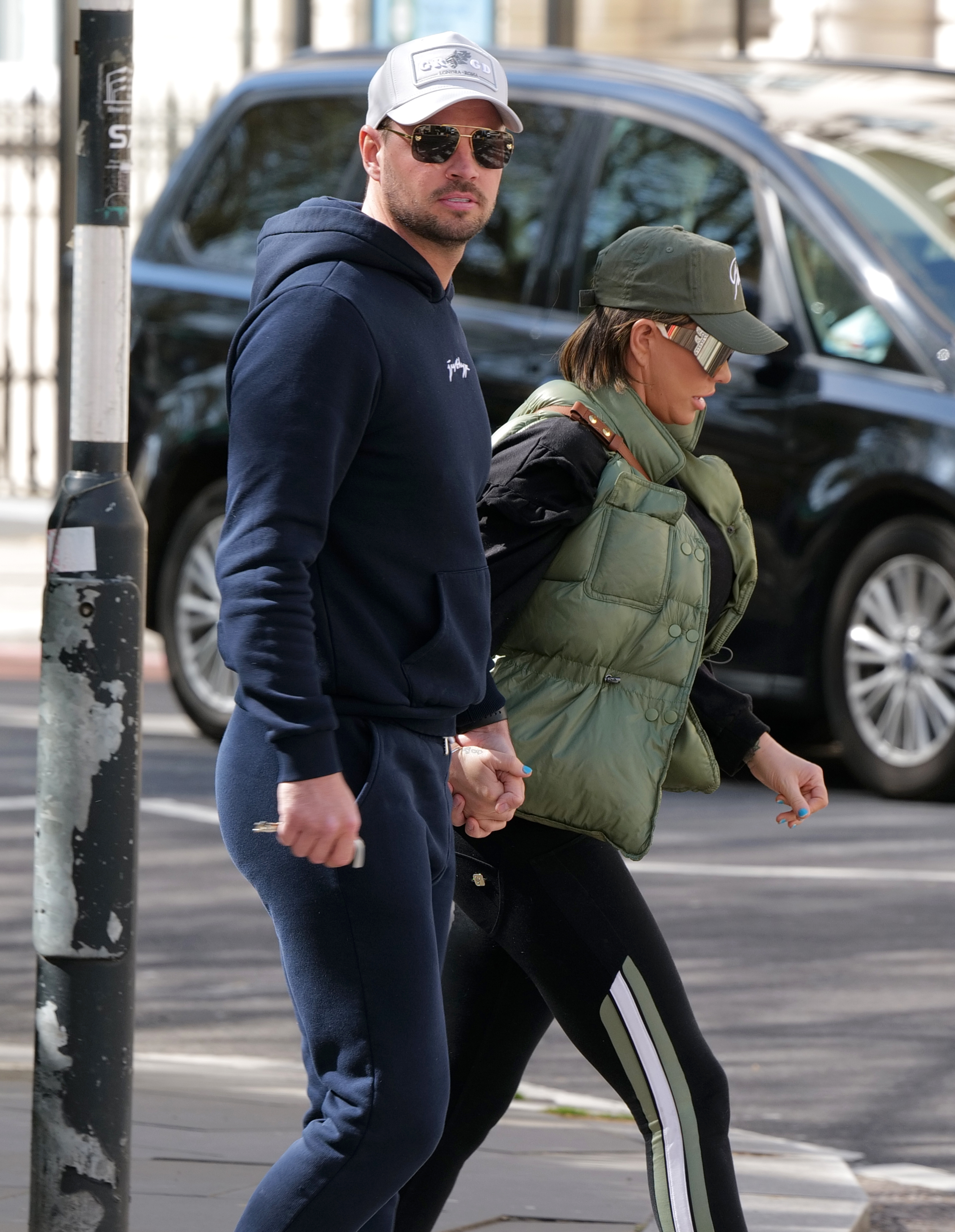 Proud Carl, 32, revealed the pair were heading into town on Instagram as he drove Katie around in his leather-clad motor.

And the ex Love Islander looked like the cat that got the cream as he held his fiancee's hand in The Sun's photos.

The pair put on a casual display in tracksuits and trainers teamed with baseball caps and sunglasses.

One piece of attire missing from Katie's outfit was her new flashy engagement ring. 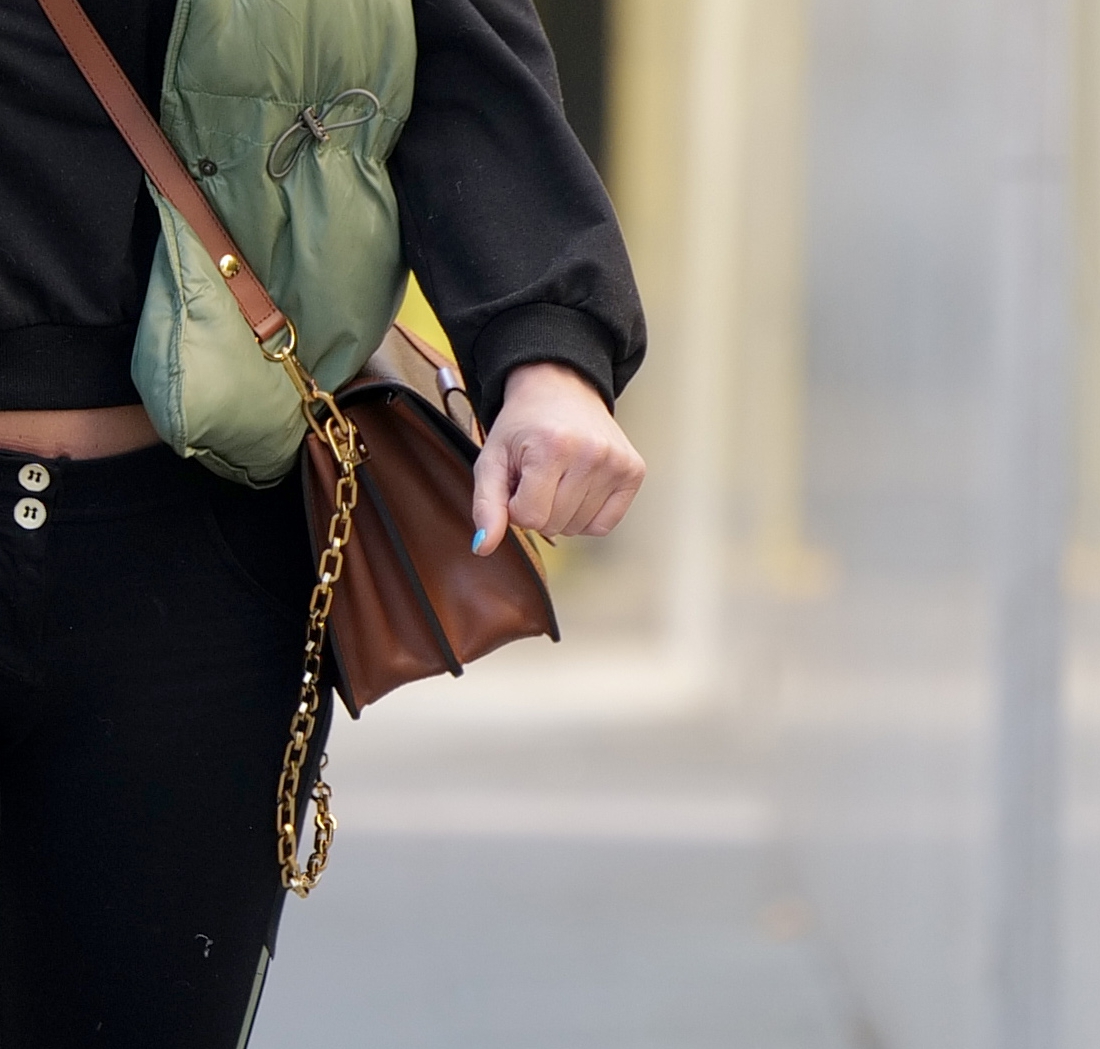 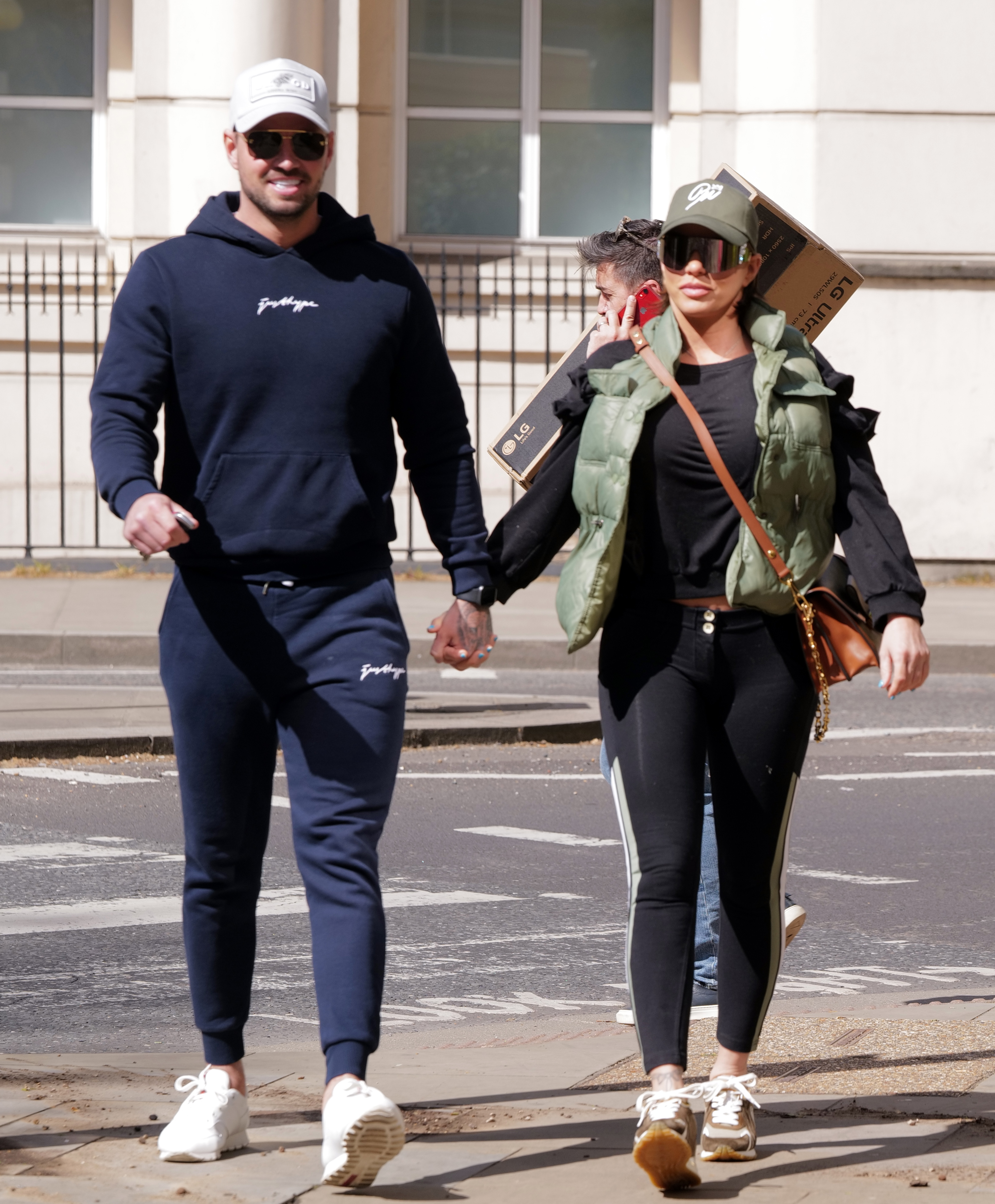 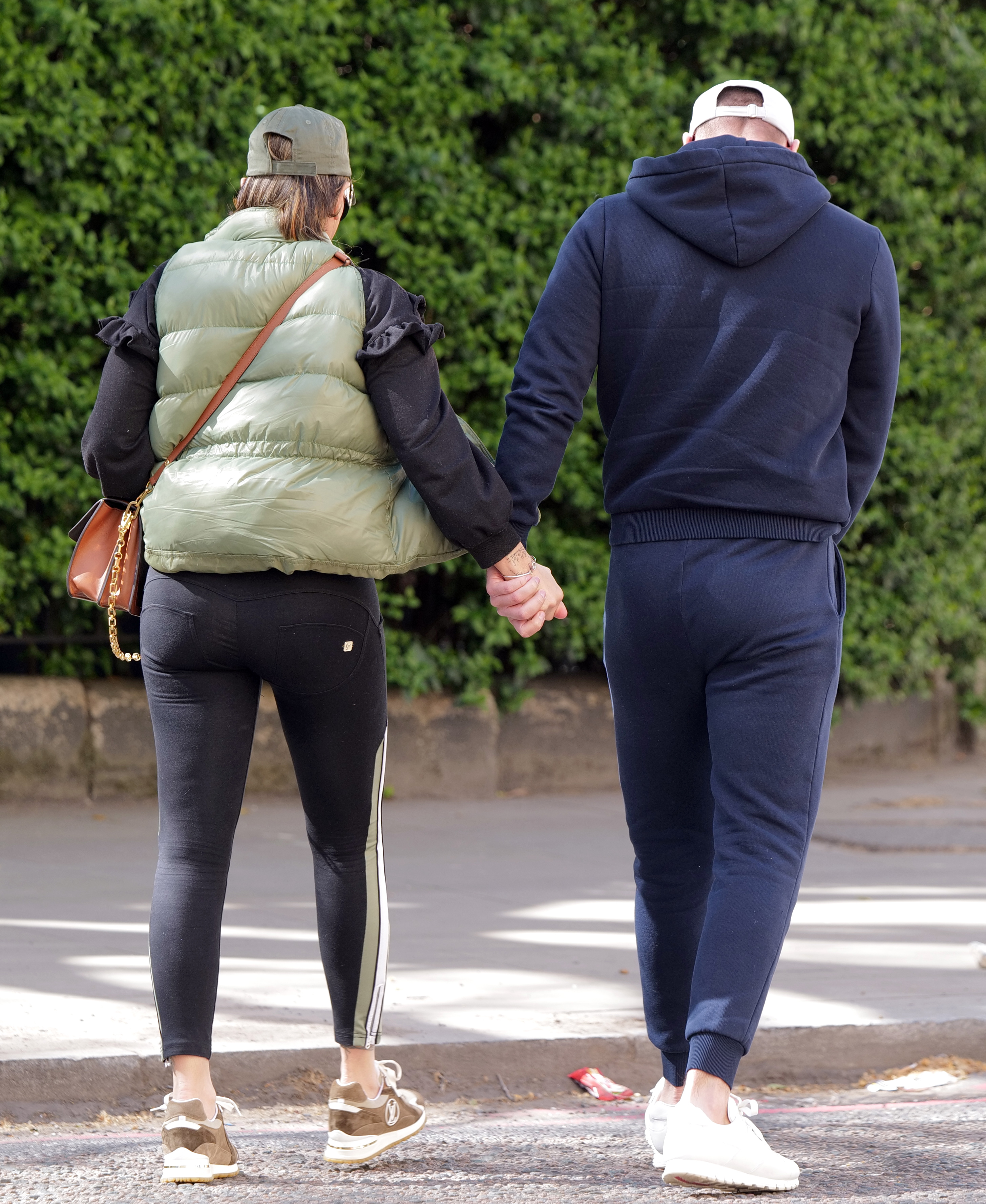 The diamond dazzler was nowhere to be seen in the snaps, after she announced on Tuesday night her soon-to-be fourth husband had popped the question after ten months of dating.

Katie showed off her ring in a photo shared to both her and Carl’s  Instagram on Tuesday with the caption: “I said yes.”

The Sun can reveal that they accepted a five-figure ­magazine deal to cover their engagement.

A source said: “Katie is madly in love with Carl and excited to take the next step in their relationship. 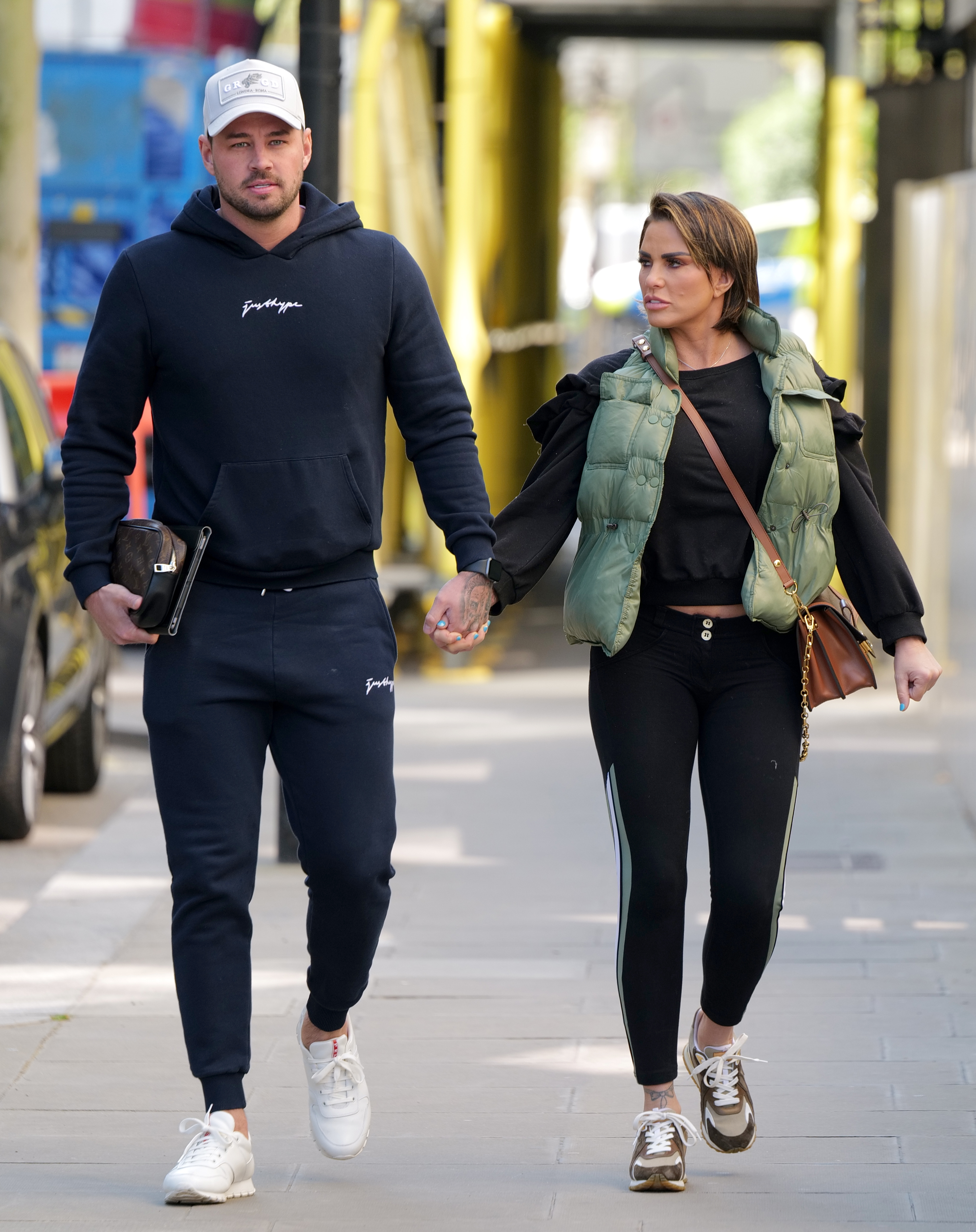 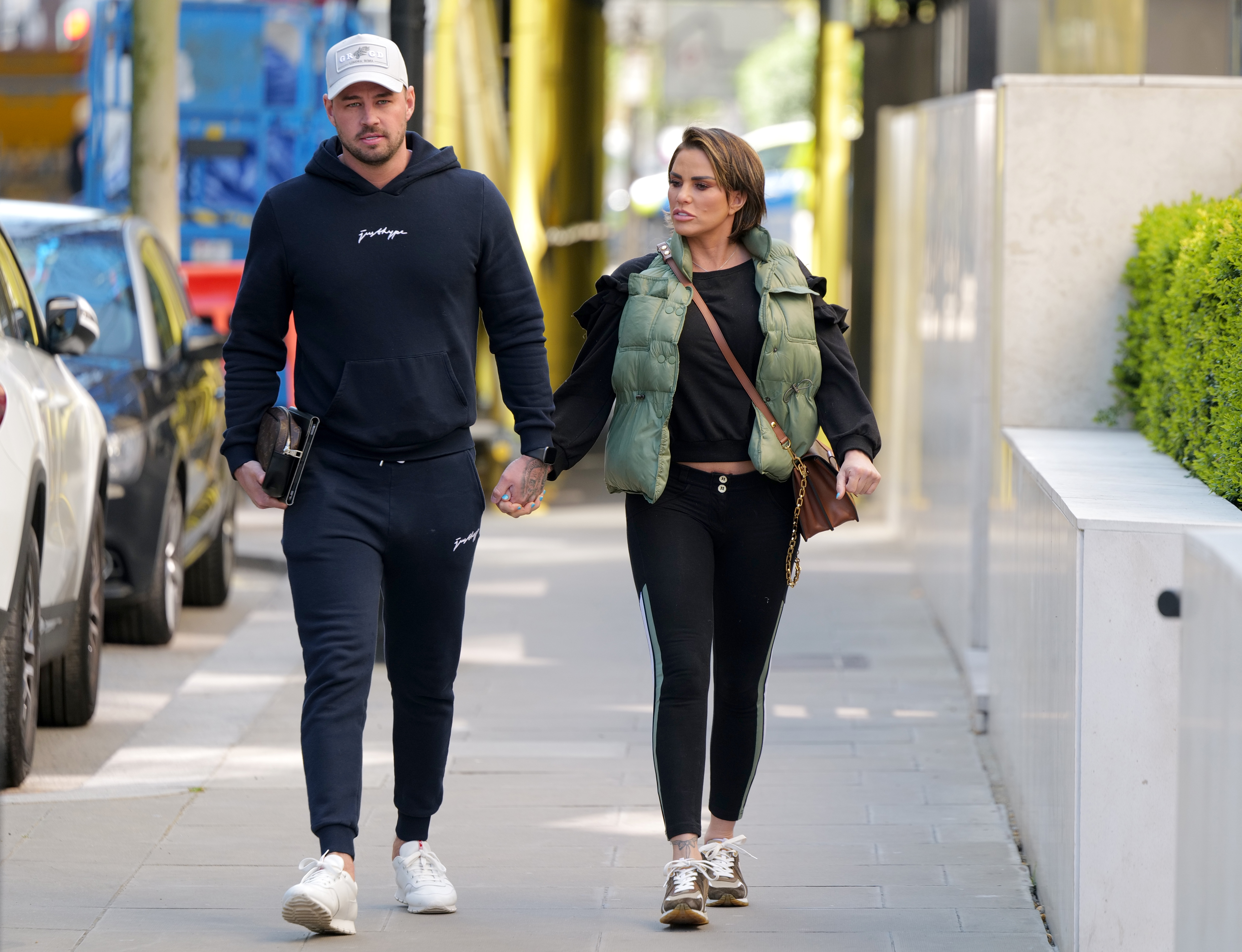 “But, ever the businesswoman, she knew this was also an opportunity to pick up an easy paycheck.

"She wanted to confirm the news only when the cash was in the bank.

“Katie has been down this road many times before but she has no reservations about taking the plunge with Carl.

“She’s a true romantic and, in him, she thinks she’s finally found the one.”

Katie’s divorce from third husband and ex-stripper Kieran Hayler, 34, was made official only last month.

They separated after five years of marriage in 2018 when Kieran cheated with their nanny.

Katie first got engaged to former Gladiator Warren Furman, 48, in 1997.

She was also engaged to Argentine model Leandro Penna, 35, for eight months in 2012 and fitness coach Kris Boyson, 31, in July 2019 before their 19-month relationship ended the following December.