KIM Kardashian has admitted she was "hysterically crying" after watching The Handmaid's Tale's latest season over the weekend.

The single mom of four, 40, shared her private texts with friend Tracy Romulus on Sunday night.

Kim has had a lot to cry about in recent months.

She filed for divorce from her husband Kanye West in February after six years of marriage and nearly a decade together. 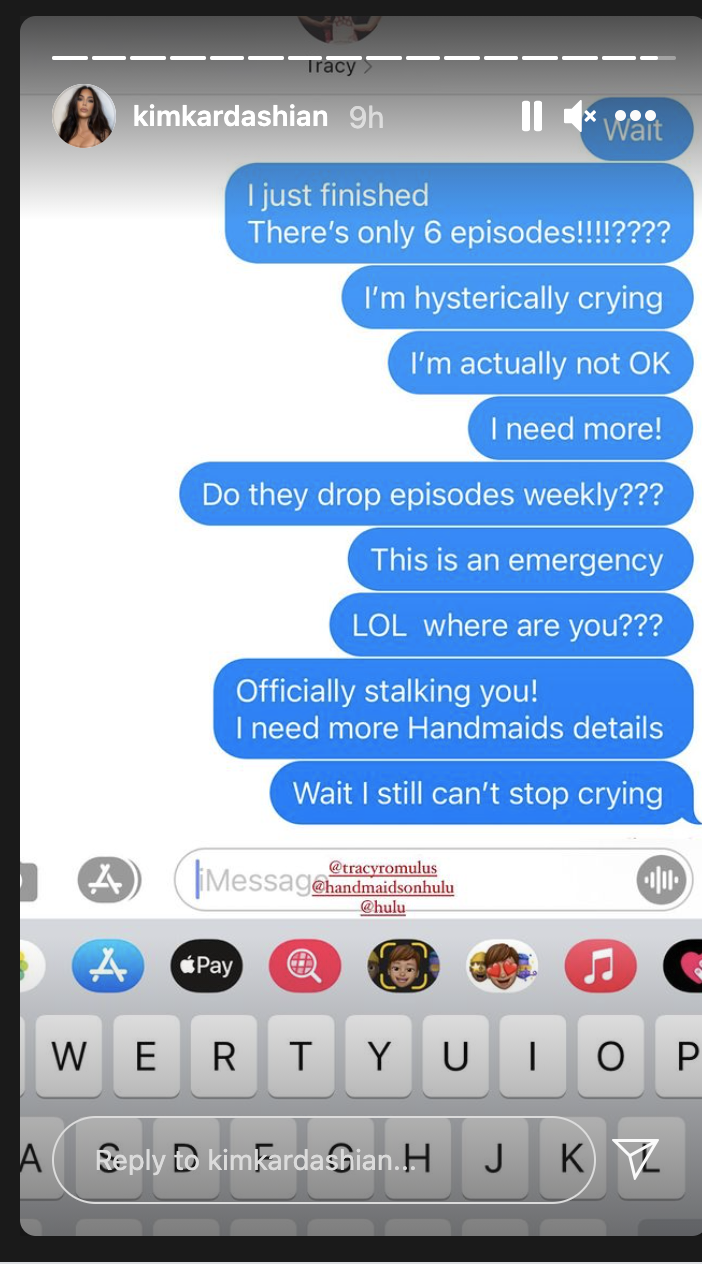 Read our Kardashian live blog below for the latest news and gossip...