A Place in the Sun: Couple says property is ‘way too small’

The property expert was in the stunning Spanish countryside area of Albox in Almeria, showing Kent couple Alison and Lee around a series of properties to find their dream home with the help of the A Place in The Sun team. With a budget of £150,000, the couple were hoping to find the perfect place to fit their four dogs and extended family. But the Channel Four show saw the duo strongly rejecting the first property due to lack of space, which they were intent on making their point about before Ben hit back.

Property one was a three-bed in the small village of Alfoquia, which was on the market for £154,500.

The house had a pool and a garden, as well as a balcony area to the back and a large roof terrace with fabulous views.

As they looked around the living room, Ben asked: “Has it got enough space for you?” 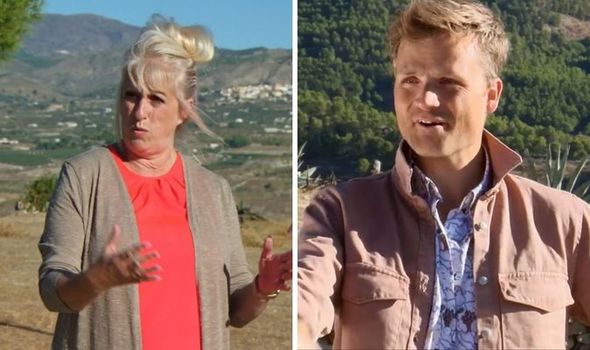 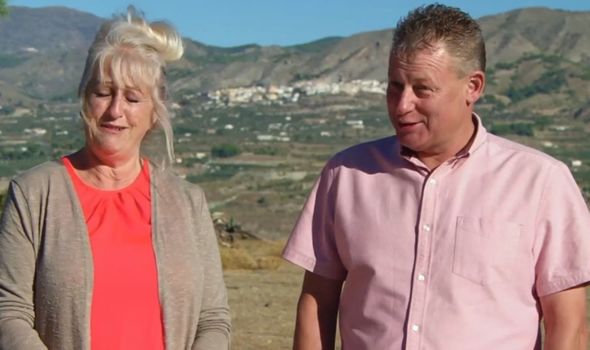 “Stop showing off,” Ben joked. Later on, after exploring the rest of the home, Alison said: “It’s nowhere near big enough for us,” while Lee added: “It is very, very small.”

As they met Ben to give him their feedback, Alison sighed, sparking Ben to say: “Oh, I was just going to say is it the perfect house but that little sigh seems to indicate otherwise.” 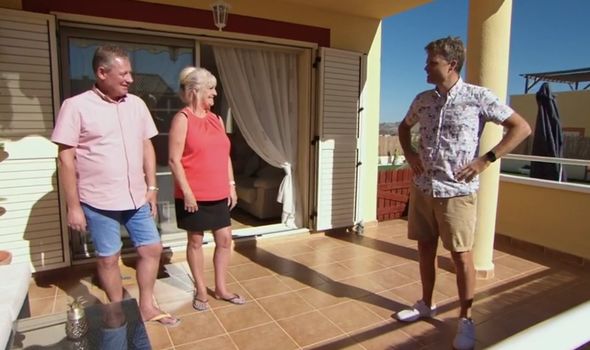 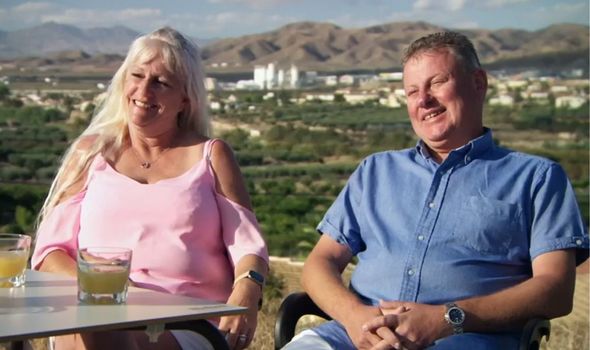 Ben responded: “I mean you said three beds didn’t you?” Alison explained: “We did – that’s the minimum you know.”

“So three beds and a nice big living space? What’s the highlight of this property?” Ben asked.

“I’d say the swimming pool with the Astroturf around it – if I could pick that up, take it somewhere else on a larger plot and larger prop that’d be great.”

“Alright,” Ben said. “I’ve got the point.” Aside from the second property, which unfortunately was sold to someone else during the episode, the next few properties still weren’t enough to please the couple – who even deemed a former castle too small.

The castle house was the fourth property the pair viewed and was situated in an idyllic rural location with fantastic, uninterrupted views of the valley and mountains.

“It is so impressive, it is so much fun,” Lee began. “A little bit smaller than we’d like.”

“No it’s not! Is it?” Ben said, stunned that he still hadn’t met their size requirements.

The couple also had concerns over dangers of the spiralling stairs for their grandchildren.

“Well, you’re not going to be able to tell your friends that you own a castle now, are you?” Ben joked.

“Oh gosh, where do we go from here?” Ben said, exasperated.

Eventually, the couple decided the final property they saw was the right one for them, as a three-bed villa in Urcal, it was large enough to offer the two everything they were after.

A Place in the Sun airs weekdays at 4pm on Channel 4.