LOOK up Richard Bacon on Wikipedia and it will tell you he is “best known” for losing his job on Blue Peter after a cocaine binge, in 1998.

Even though he went on to have a successful presenting career and is now creating game shows in Hollywood, the dramatic fall from grace was an early example of what we now call “cancel culture”. 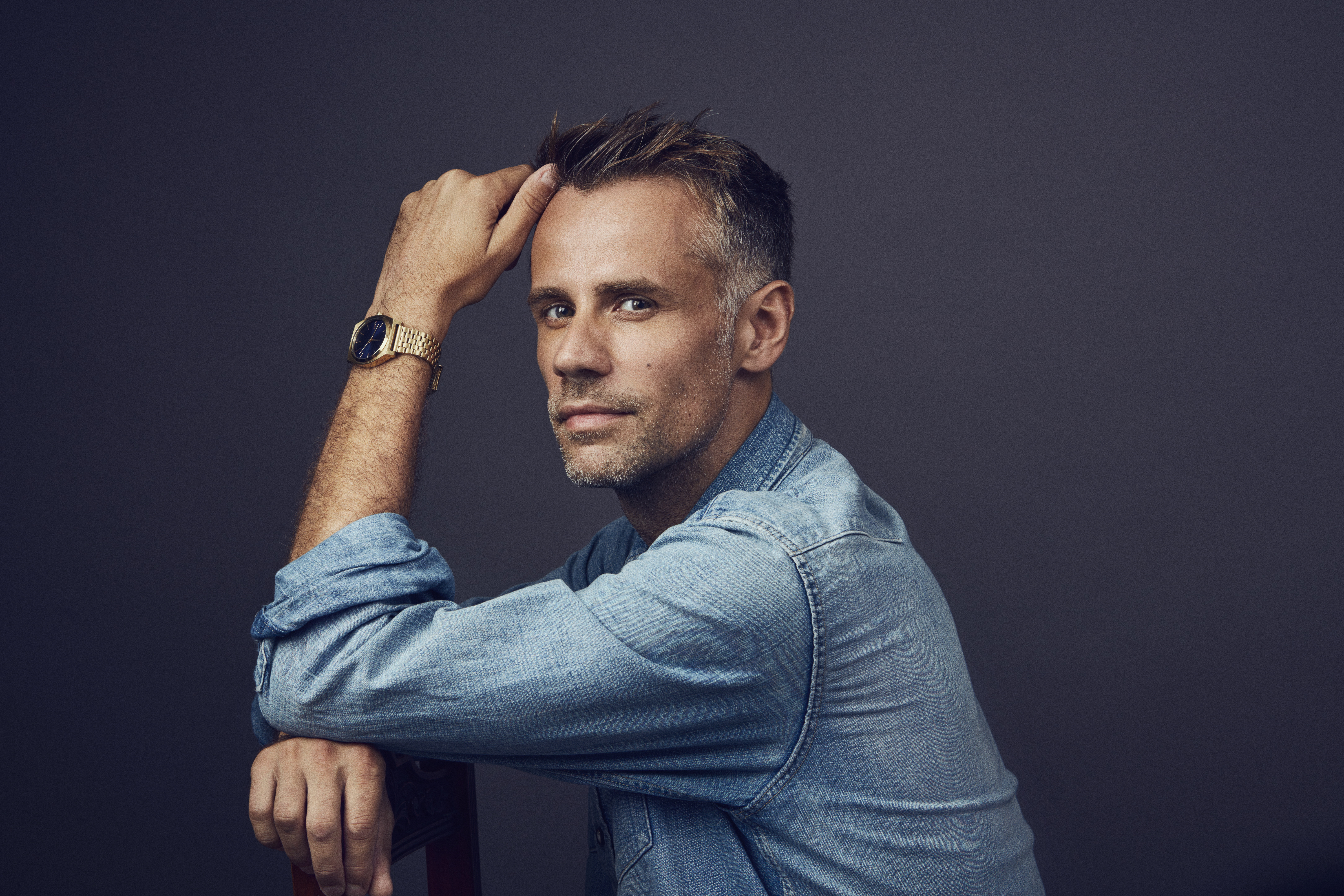 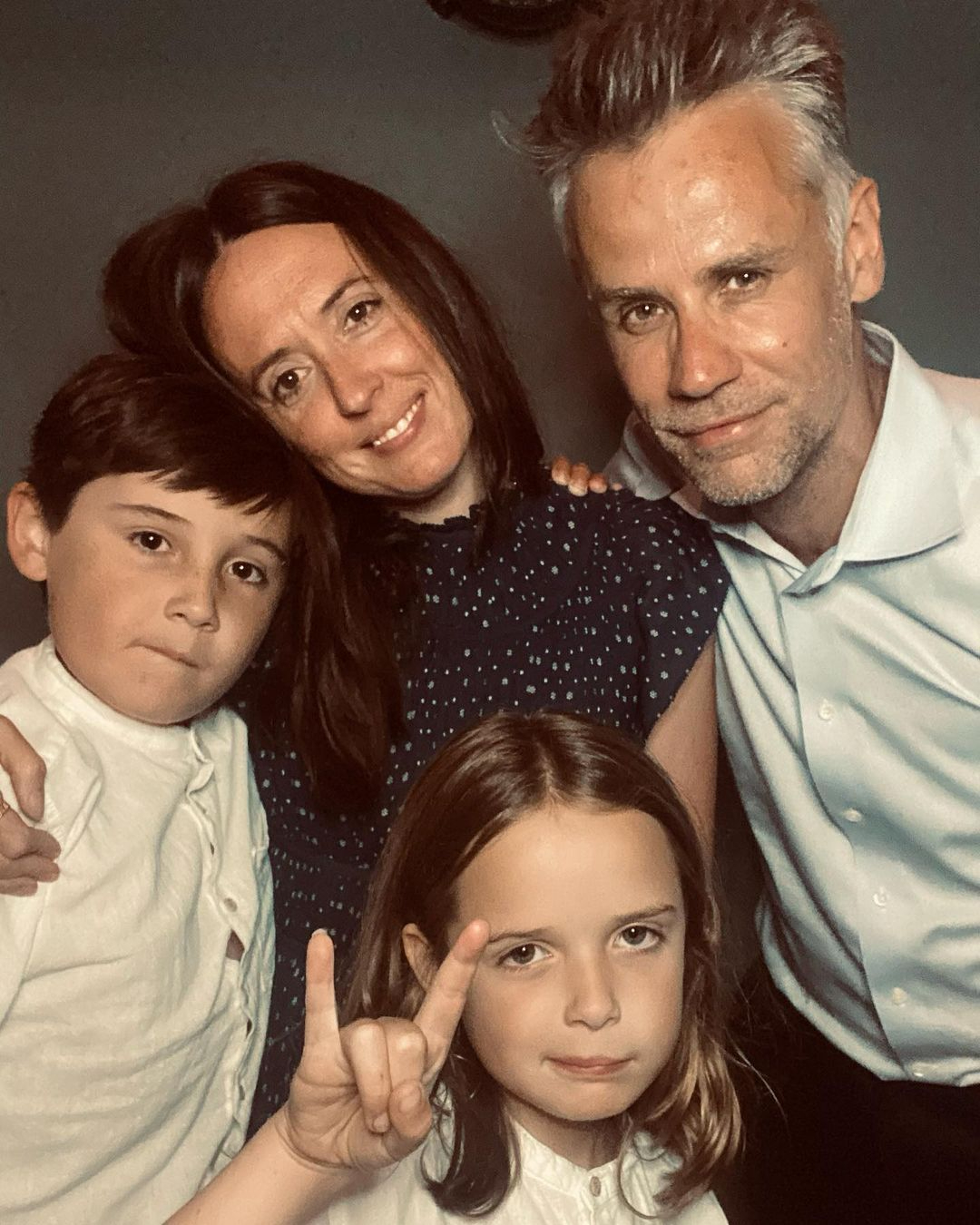 So no one is better qualified to front Cancelled, a Channel 4 documentary on how social media has become an arena for public shaming and toxic abuse, which airs tonight.

Now 46-year-old Richard, who lives in LA with wife Rebecca and children Arthur, 10, and Ivy, seven, tells The Sun his own scandal would be forgiven by today’s keyboard warriors.

“A producer on Blue Peter said to me, ‘you’ll never work again,’ so it did feel like being ‘cancelled’,” he says.

“Today, if I was 22 and took drugs at a party, I think I’d get some empathy and sympathy from young people.”

The show sees Richard exploring toxic debates online as well as being subjected to a forensic check on his Twitter history, when 21-year-old TikTok user Naomi unearths tweets from 2015 and 2009 that she deems offensive.

In one, he wrote: “That sounds gay. I’m calling the police” which Naomi said made him “look homophobic”.

The second, which said he was ­helping police “clear London streets of idiots and slaaaaaags” sounded “misogynistic” — although he was actually referring to a comedy term used in banter between men, made popular by sitcom Gavin & Stacey.

“It was an amazing exercise,” he says. “It’s interesting going through your old tweets, because it makes 2014 look like a century ago. Everything has changed so fast and feels so different.

“Those two tweets in the show were about nothing. The one Naomi said was a gay slur was me deconstructing a news story and, when they’re in context, it’s obvious I’m messing around.

“But that’s the problem with Twitter conversations — if someone just takes one bit of it out of context, it can make you look really bad.”

Richard wanted to front the documentary to better understand the online world his children would soon be entering.

“My children are about to emerge into a world of dominant social media,” he says.

That’s the problem with Twitter conversations — if someone just takes one bit of it out of context, it can make you look really bad

“Three years ago no one had heard of TikTok and there was no cancel culture, so by the time my son is 13, the world is going to have changed again.

“Part of the reason for doing the documentary was the need to understand where the world is at, how it’s changing, and what the rules are.

“Preparing your kids to enter that is a lot more important these days than conversations about the birds and the bees.”

Both the children are already on TikTok and Richard says as they head for their teens, they will have to negotiate an online world fraught with dangers.

“I haven’t had serious conversations with them about it yet but I’ve said to Arthur, ‘Don’t value yourself by how many likes you get’.

“He gets that, and doesn’t give a stuff, but that’s just the beginning of the complexities I need to explain to them.

“TikTok has been downloaded three billion times and there’s only 7.6billion humans in the world. Over 2billion humans use YouTube every month.

“They’re entering a world that is changing at a revolutionary pace. Social media platforms are the most influential, and powerful platforms in the world.

“The potential for a teenager to wander into a public shaming is terrifying.”

Historic tweets or offensive language have come back to haunt many in the public eye in recent years — with the latest scandal involving alleged racist comments made by cricketer Michael Vaughan, in 2009, and tweets in 2010 and 2017.

The former Yorkshire player — who denies making the comments — was axed from the BBC’s coverage of the Ashes over the row.

Talking generally about people’s past tweets, Richard says: “If someone writes a homophobic tweet when they’re 15, then someone uncovers it when they’re 25 and they lose their job, that’s totally unfair.

“That might be all they knew. Their parents might be homophobes, and that’s what they were taught, but they may now have left home, gone to university and got a different outlook on life.

If someone writes a homophobic tweet when they’re 15, then someone uncovers it when they’re 25 and they lose their job, that’s totally unfair

“We all make mistakes. How bloody perfect were the rest of us at 15 that we can be so sanctimonious?

“But we’re wrong to assume all young people are unforgiving.

“Most young people are interested in how people evolve and change but there is a vocal angry minority who sometimes wrest the microphone away and shout louder, and make it look like everyone is really judgmental.”

In the show, Richard meets Professors Rosa Freedman and Jo Phoenix, who have both been abused and threatened over their views that trans women should not automatically be granted access to female-only spaces.

Prof Freedman reveals her office was vandalised and said she has been threatened by her own students at Reading University.

“The worst one was someone who told me I was a Nazi and I should get raped,” she says.

The presenter talks to Jimmy Carr about being shunned over tax avoidance in 2012, which he feared would end his career, and whether comedy can survive cancel culture.

Incredibly, some visitors to the stall embrace the idea and, in an odd twist, the fake company even wins an industry award for diversity.

Although an avid and often opinionated user of social media himself, Richard feels he is immune to abuse.

“I’ve been around ages and I don’t mind if someone has a go at me,” he says.

“I’m sure some people won’t like elements of this documentary but it all disappears in a few days.”

“The slightly unfair way in which you can survive in the cancel culture is if you have a reputation for saying outrageous things, people will just go, ‘Oh, he’s done it again’.

“But from a very young age, I have found racism and homophobia ludicrous.

So there’s no point at which I’m going to get so drunk that I’m suddenly going to tweet something racist. It’s never going to happen.”

Richard bounced back from his Blue Peter sacking and climbed back up the career ladder with jobs on Channel 4’s The Big Breakfast and Capital Radio.

In 2018 he contracted a near-fatal lung virus and collapsed on a plane bound for the UK.

After developing the hit US game show, The Hustler, in 2019 he landed a contract with NBC to develop more formats and was behind the recent hit TV show This Is My House.

Now living in a £4.3m mansion in Los Angeles, where Leonardo DiCaprio is a neighbour and his children attend schools alongside movie stars’ kids, he puts his success down to his “public shaming”, 24 years ago.

“When I go through adversity, including my illness three years ago, I find a way to push back and get myself into a better place,” he says.

“After Blue Peter, I was offered the job on the Big Breakfast and it was like getting kicked into the naughty kids’ class.

“That show taught me that I like coming up with ideas and now my day job is inventing TV shows in LA, so actually, as a course of events, it’s all led me to where I am today.”

Cancelled is on Channel 4 at 10pm tonight. 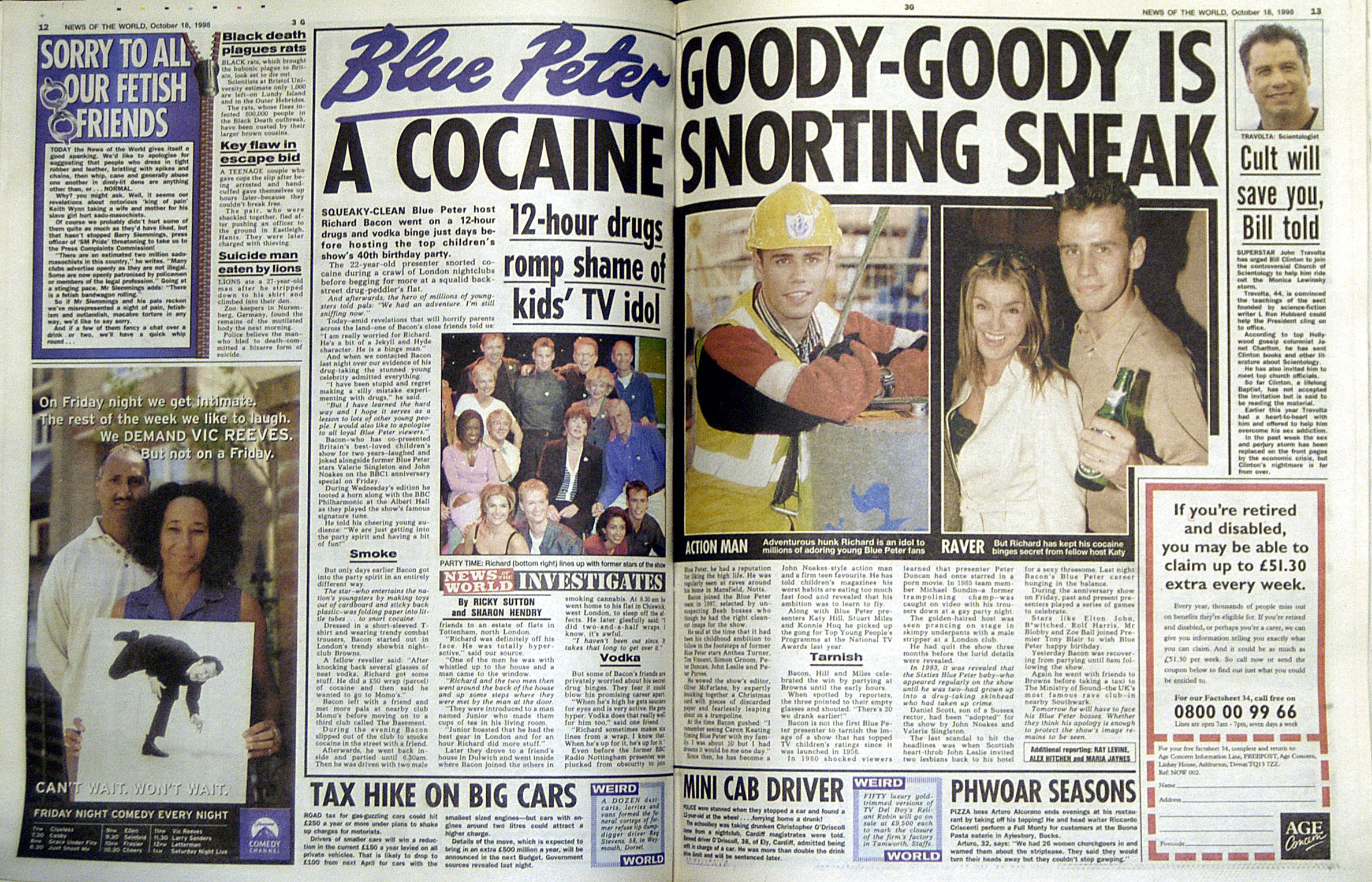 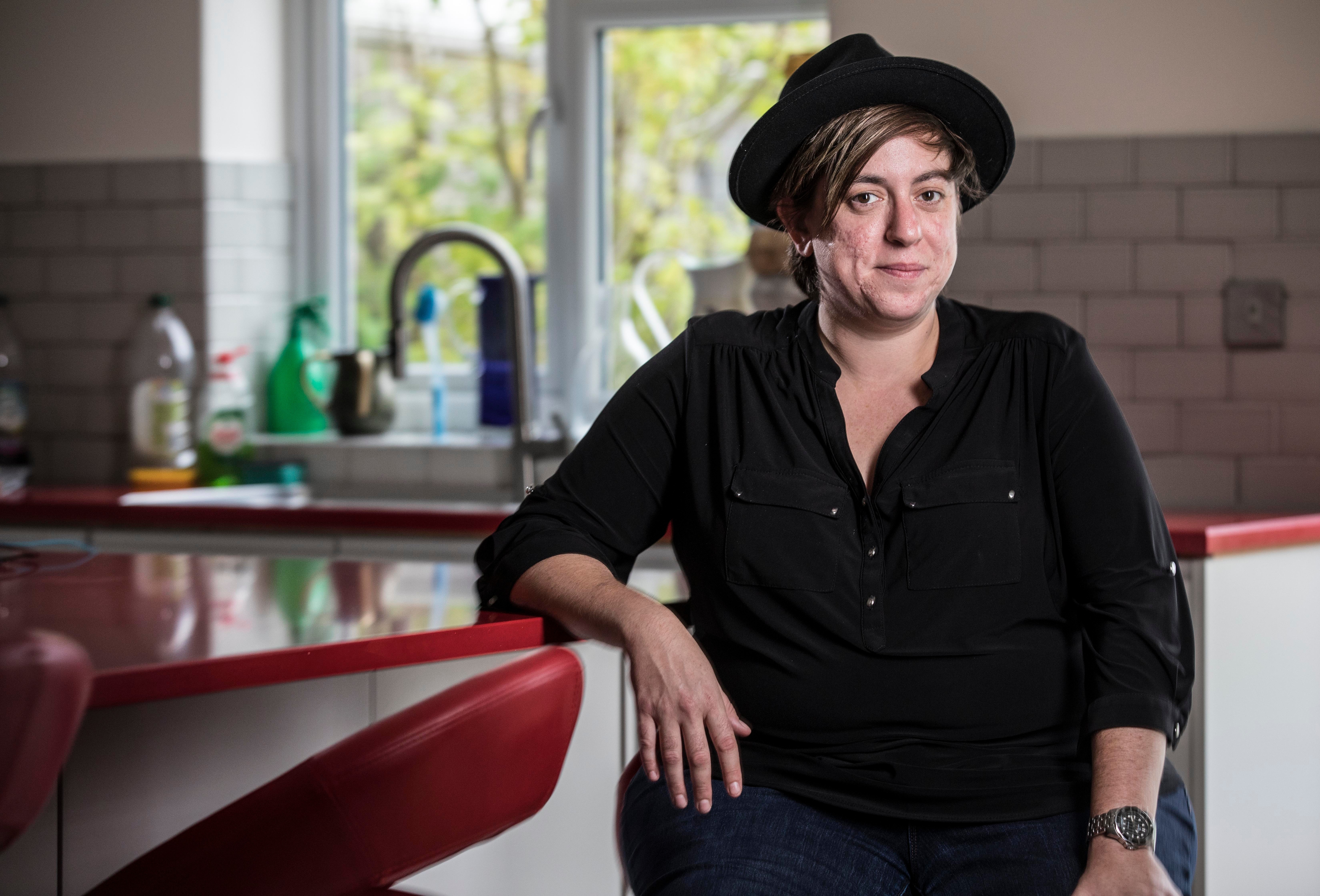