This Morning is still going strong with Holly Willoughby and Phillip Schofield at the helm bringing ITV viewers their daily dose of laughter, news and lifestyle tips despite the ongoing coronavirus pandemic. The pair certainly delivered on the humorous side of things today when Holly was left folded over when Phil called out a rather embarrassing blunder.

Holly’s mistake was broadcast live to millions of ITV viewers just moments after the SPin to Win segment.

After pocketing £500 in the game, the This Morning hosts told the caller they’d also be taking home a bag of goodies.

In order to let the guest know what they’d won, Phil asked them: “Have you got your telly turned down?”

The caller made it clear they had done so and Phil continued to let her know what she’d won. 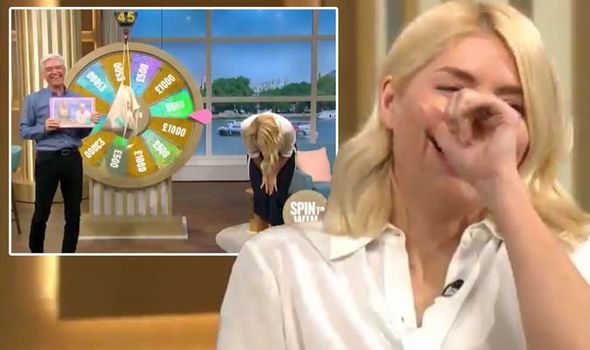 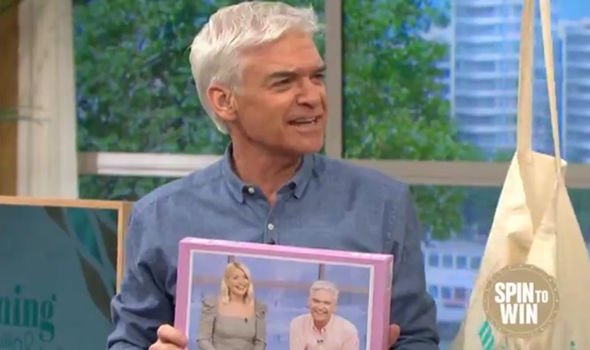 As if by magic, a bag of goodies was lowered between Holly and Phil and there was one gift which caught the latter’s eye.

Phil removed a specially-made This Morning jigsaw puzzle which included a picture of the two.

He then said: “I thought we only made one but it’s in there again so we must’ve made two!”

Holly then appeared to get her words muddled as she chimed in: “You can’t see this because you got your telly turned down but it’s a puzzle with our faces on it! How about that?” 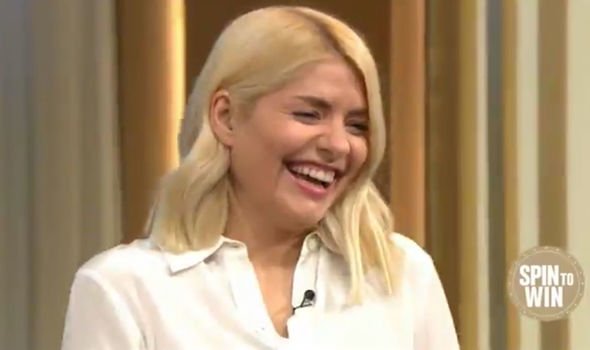 Phil’s face quickly became a picture of confusion as he clutched onto the jigsaw.

He was quick to quiz his co-host on what she’d just said, asking: “What did you just say? You can’t see this because you’ve got your telly turned down?”

It didn’t take long for Phil to also find himself giggling, as well as the caller at home laughing down the phone.

Phil clarified: “She can still see it if the sound is down!”

Holly tried to defend her claim through her laughs, saying: “There might be a delay!”

The This Morning pair continued to giggle while Phil tried to move the competition and show on.

This Morning continues every weekday at 10am.