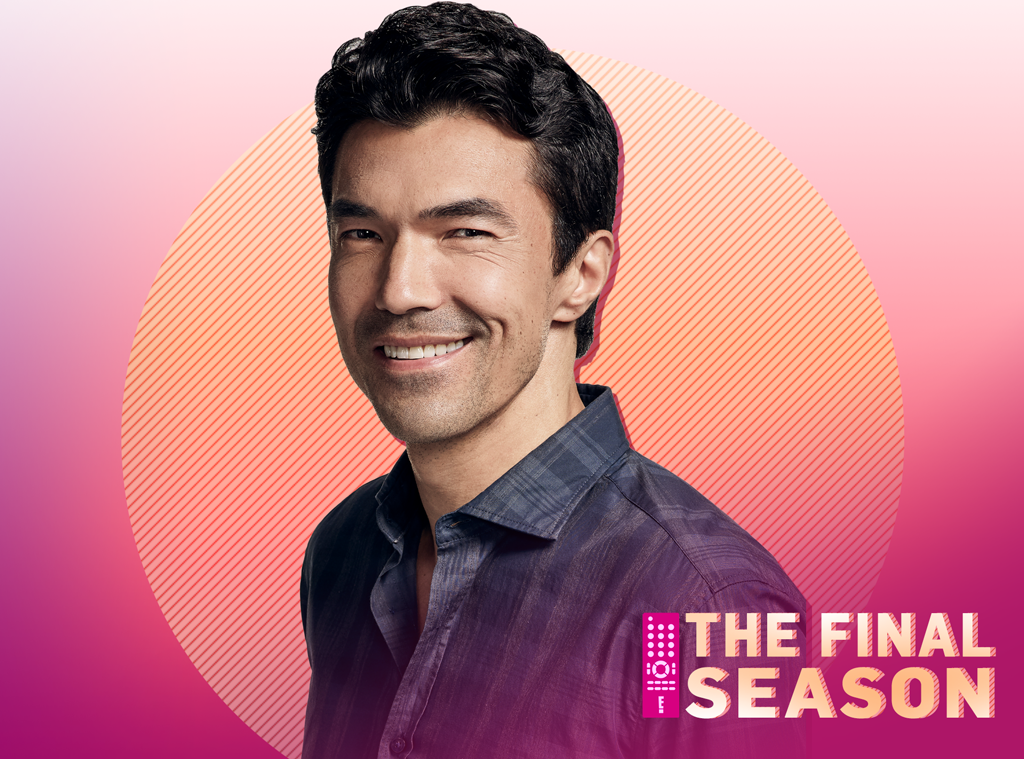 All good things must come to an end, even—and especially—television shows. And in the 2019-2020 TV season, quite a few favorites are signing off.

Will it be for good? That remains to be seen in today’s climate of revival and reboot fever, but it’s for now. To celebrate the end of an era, E! News assembled the stars who are saying “see you later!” to their beloved characters and for a candid look at the past, present and future of their hit shows.

Since season two of Hawaii Five-0, Ian Anthony Dale has played Adam Noshimuri, a member of the Five-0 Task Force who was formerly the head of the Japanese Yakuza. Dale joined the series in a recurring capacity in the early days and was upped to series regular in season eight. Now, with the end of the series, he’s looking back at his time on the hit CBS series.

My favorite behind-the-scenes memory is…

“As you might imagine there have been countless behind the scenes moments over the last 10 years worth mentioning, but the one that stands out to me the most happened on our very last day. We were filming in a residential neighborhood and had the roads blocked off, and at wrap our entire crew spilled out into the street and formed a big circle. With the mountains in the background and the sun setting in the distance, we all held hands and sang a Hawaiian song, giving thanks to the island and to each other for the many blessings and good fortune our time together has brought us. It was a beautiful and profoundly appropriate way to say goodbye.”

The moment I realized Hawaii Five-0 was a hit was…

“Despite appearing in nearly 50 films and TV shows over the course of my career, the show I am recognized most for, no matter where I am in the world, is Hawaii Five-0. I knew the show was a hit when after only appearing in a handful of episodes, the global recognition started happening.”

The prop/wardrobe item I took home (and why) is…

“I got to take home my Five-0 task force badge. I can’t think of a better keepsake to commemorate my time on the show. And what makes it all the more special is the fact that it was handed to me at the beginning of each day and collected at the end of each day by one of my most cherished friends in the crew. It will serve as a constant reminder of him and all the wonderful people I’ve grown so close with here over the last nine years.”

When I think of my character, the first thing that comes to mind is…

“Adam had a habit of always being in the wrong place at the wrong time. Despite all his efforts to be good, trouble always seemed to find him.”

“Throughout the series, Adam and McGarrett developed a really strong bond built on mutual respect and trust. Some of the more troubling decisions Adam made in the final season really placed his and McGarrett’s relationship in jeopardy. By the series end, there is still friction between them, and the audience never gets to see them fully reconcile. I really wish we could’ve seen that happen before it was all said and done.”

The thing I’ll miss most about Adam is…

“I’ll miss Adam’s passion and resolve, his determination to prove his worth and gain acceptance, his simmering inner bad-boy, and his kind heart. He’s been a character I’ve really enjoyed playing.”

I think TV revivals are…

The person I’ll miss the most (and why) is…

“The cast and crew of Hawaii Five-0 has become my family, my ohana. We’ve shared a lifetime of experiences together over these last 10 years. The aloha spirit will bond us forever. I love them all and will miss them dearly.”

The thing, besides the people, I’ll miss most about Hawaii Five-0 is…

“In all my life, I have never felt more at home in a place than I do here in Hawaii. This island and its people have welcomed me with open arms and made me feel like one of their own. This is a place most people only dream of one day visiting. I have been truly blessed to live this dream for the last nine years. Although I will miss this place tremendously, I know it’s just a matter of time before I find myself back here to continue this love affair.”

For more The Final Season stories…