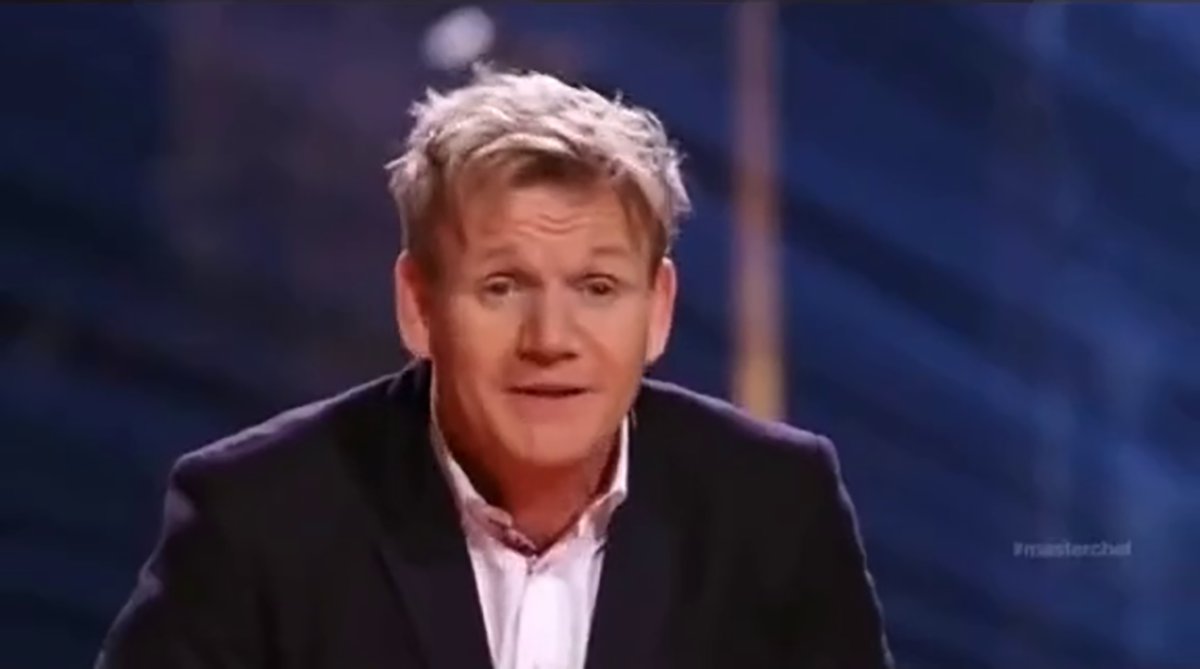 A clip of Gordon Ramsay being particularly cruel to a MasterChef US contestant as he booted them out of the contest has gone viral because, even by his standards, it’s harsh.

In a video which has gained a lot of traction on TikTok after being shared by by user @_m0_g, the 54-year-old plays the most brutal trick on the very excitable contestant by asking who she has brought along with her for an audition to be appear on the show.

Absolutely buzzing to see Gordon smiling as if he was looking right at the next MasterChef champion, the woman brings out all of her loved ones – who are all armed with celebratory signs – and lines them up so they can hear the TV chef deliver the news that will change her life forever…

‘Gordon Ramsay is a straight up menace, bro,’ began the TikTok user responsible for bring this back in a big way. ‘He did this poor little girl so dirty.’

‘And just look at the smile on his face, that is the most evil s**t I’ve seen.’

At the time of writing, in just 24 hours the clip has had 1.2 million likes and over 15,000 comments with most echoing the same sentiment: ‘Gordon has no chill.’

‘He woke up and he chose violence,’ wrote one TikToker.

But most people just can’t believe the Hell’s Kitchen hero could crush someone so hard with a huge grin on his face.

‘No way you can be this happy over someone falling over,’ cried one fan.

To be fair, any true Gordon fan will know this is simply just peak Gordon Ramsay in his prime.