Ghostbusters has been reimagined many times over the years, starting with the original film in 1984. It spawned a sequel, Ghostbusters II, in 1989, after which the movie franchise lay dormant for a long while. In 2016 a female-led Ghostbusters came out, and now a story which will likely become a trilogy with the original 1980s films as it has some familiar faces in the line-up.

There is pretty much a full ghostbusting line-up from the original 1984 movie appearing in Ghostbusters: Afterlife.

A third film was expected to be released many times, but it was believed to have been halted by Bill Murray’s lack of enthusiasm for the project.

However, it seems Jason Reitman’s latest idea, which came after the death of Harold Ramis, one of the original cast members, was enough to interest Bill.

Bill said of how the idea came about: “I remember him calling me and saying, ‘I’ve got an idea for another Ghostbusters. I’ve had this idea for years.’ 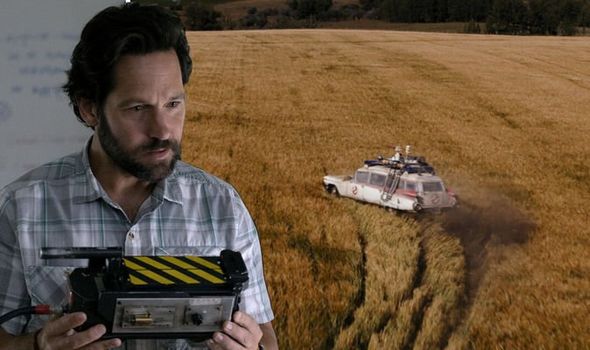 “I thought, ‘What the heck could that possibly be?’ I remember him when he was a kid.

“I remember his Bar Mitzvah. I was like, ‘What the heck? What does this kid know?’

“But he had a really, really wonderful idea that he wrote with another wonderful guy that I got to work with, Gil Kenan, who made City Of Ember.

“The two of them wrote a Ghostbusters movie that really brings it back to life.

“It really has the feel of the first one, more than the second one or the girls’ one.

“It has a different feel than two out of four.” 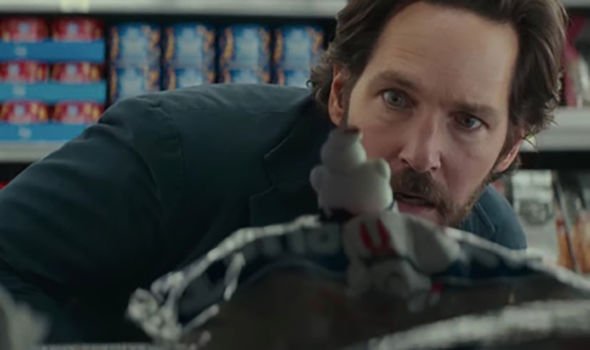 Jason is the son of Ivan Reitman, who directed the first two Ghostbusters films.

Other than Bill, Dan Aykroyd, who wrote and starred in the first two films, is back, along with Ernie Hudson, who played another Ghostbuster.

Dan said of the new movie, given the original concept came from him: “We’ve shot our part, myself, Murray, Sigourney and Annie Potts, and it was really exciting working on this new idea and new take on the story, which [director] Jason [Reitman], who’s a really incredible and fine filmmaker, came up with

“[The film] hands the legacy off to a new generation of stars and players and actors and characters.”

As Dan mentioned, Sigourney Weaver, who played Bill’s love interest, and Annie Potts, the Ghostbusters’ secretary, all reprise their roles.

Harold, who played the fourth Ghostbuster and co-writer with Dan, died in 2014, therefore he will not reappear. 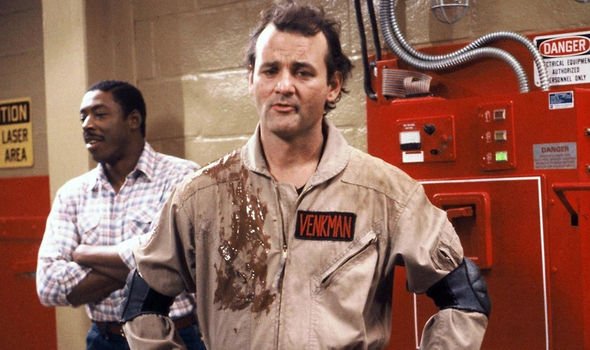 However, the story follows a family who discovers their grandfather’s legacy and involvement in the Ghostbusters, which he had kept secret for many years.

They also find remnants from the ‘Manhattan Crossrip of 1984,’ which is the event of the first film.

Here, it is clear while Harold is not in the film, he is an integral part of handing over the baton to the next generation, as his grandchildren discover more about him than they ever knew.

As well as this, some other features of the first film get their return: the Stay Puft Marshmallow Man, though not as we remember him, and the Ectomobile in all its glory.

As for the filming itself, Bill said it was more physically demanding, especially due to the new ways in which special effects are made.

Speaking at a Q&A at the Santa Barbara Film Festival, he said: “It was hard. It was really hard. That’s why I think it’s gonna be good. 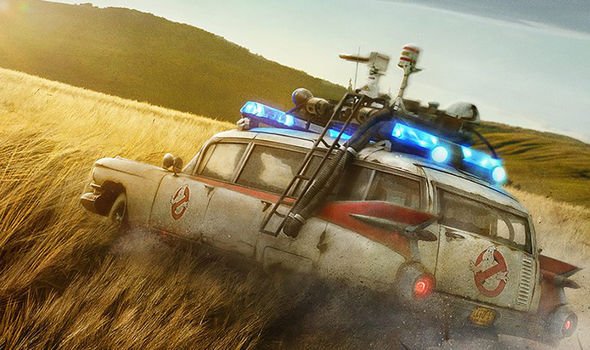 “We were just in it for a little while, but it was physically painful. Wearing those packs is extremely uncomfortable.

“The special effects in this one are a lot of wind and dirt in your face, and there was a lot of going down and getting back up…

“It was very uncomfortable. Usually, when something has a very high misery quotient, something comes of that and some quality is produced that, if you can capture it and project it, comes on the screen and affects you.”

Due to the coronavirus pandemic, the film has been delayed three times.

This was also deemed too early, and the film moved again to June 2021, before it was finally decided the film should come out in November.

As a result, the release date of Ghostbusters: Afterlife is November 11, 2021.

In the UK, cinemas begin their opening as part of phase three of the lockdown roadmap, meaning they will be open from May 17.

This means fans will be able to see Ghostbusters: Afterlife on the big screen, provided cinemas remain open into the autumn and winter.

Many films released over the last year have also allowed for fans to watch the movie via premium download or streaming services, so it may be, if cinemas do not stay open as intended, fans will have to turn to their computers to watch the film.

Ghostbusters: Afterlife is released on November 11, 2021