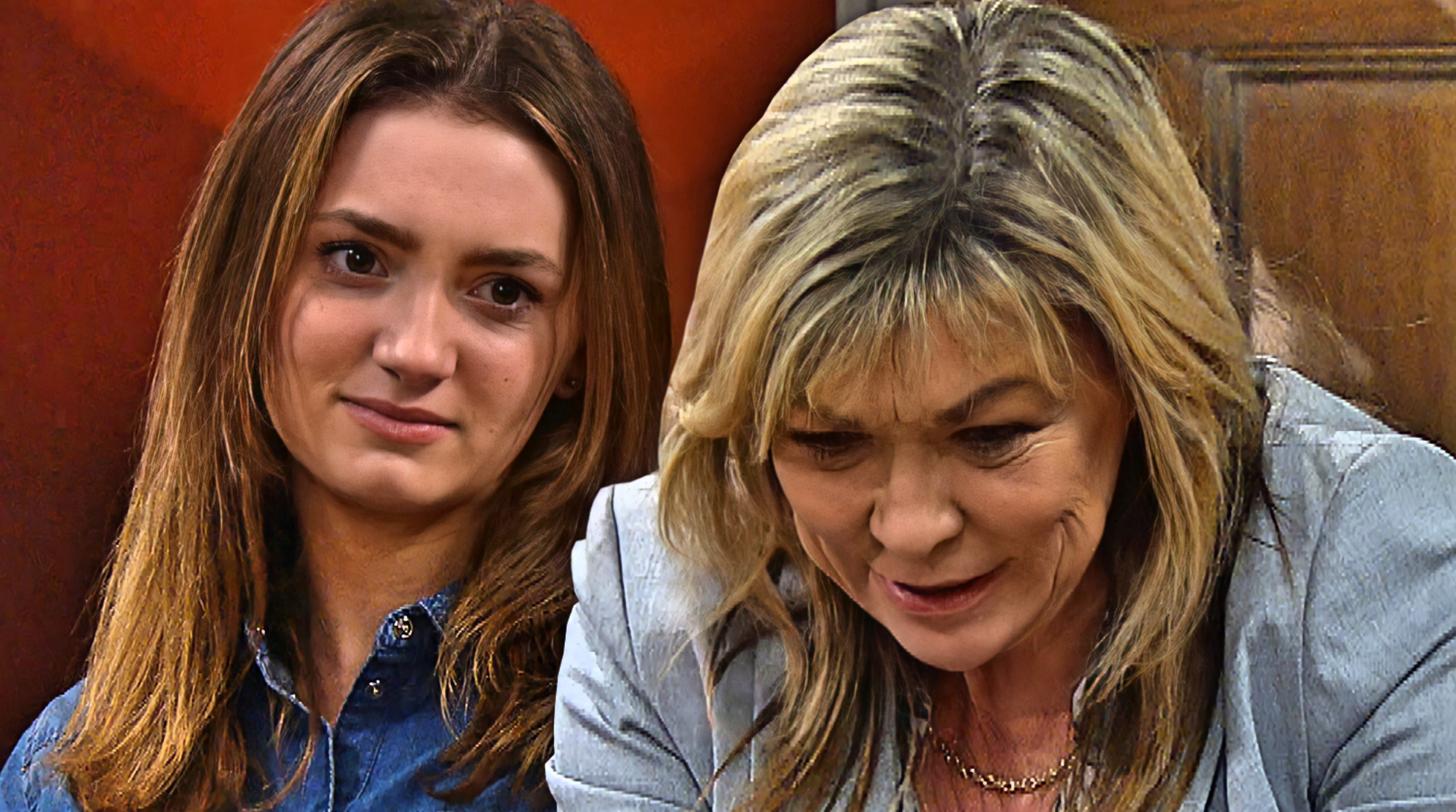 Gabby Thomas (Rosie Bentham) has made no secret that she is prepared to do anything to reach her ambitions – even siphon money from the very dangerous Kim Tate (Claire King) in Emmerdale.

She has enjoyed being Kim’s right hand woman and being at the centre of Home Farm so when Kim announces her retirement at a dinner party, Gabby spies an opportunity – will she steal Kim’s empire from her?

Of course, Kim is telling lies and hoping to snare the person who has been poisoning her.

But Gabby’s thoughts are only on the prize.

Rosie explained to us: ‘When Kim comes out with this thing of someone taking her place – it is Gabby’s future with the baby and she would fight for that and she doesn’t want Jamie to get it.

‘The last person she would want in charge is Jamie as he could get rid of her. That was the motive for stealing; she was worried about being left on her own.

‘I think Kim does forgive Gabby for what she has done. I think Gabby is quite hopeful she will have a future there. She’s been doing lots of things to impress Kim.

‘She’s working at the HOP doing what she can. Being her assistant, picking up her car etc. It is just a shame she got involved with the stealing.. A bit of a ‘bump in the road’.

‘Gabby has a lot of tricks up her sleeve.. She is ambitious and she will do whatever she can to get power. And Kim is that person who can help Gabby do that.’

So does Gabby think that she deserves her place around the table as a possible successor?

Rosie didn’t hesitate! She said: ‘Absolutely, when Kim goes down hill health wise, it’s great for Gabby as she can step in and take some more responsibility.  Gabby does try and convince Kim to take the test for dementia.

‘I expect a bit of Gabby would quite like to take on the running of the place if Kim was not feeling up to it.

‘Gabby feels she should be around that table. She deserves it. More even in her eyes than Jamie at the moment. And she can’t think what Dawn is doing there.. Gabby can’t bear Dawn. Gabby and Dawn have an ongoing hatred towards each other.

‘Why should Dawn, this ex prostitute be around the same table as Gabby. She even says to her she could have made an effort. It’s very scratchy between them. It is enormous fun to play and Olivia and myself love the scene we get very feisty scenes coming up and it’s really fun.’

Emmerdale airs Kim’s delicious dinner party at on May 31 at 7pm on ITV.