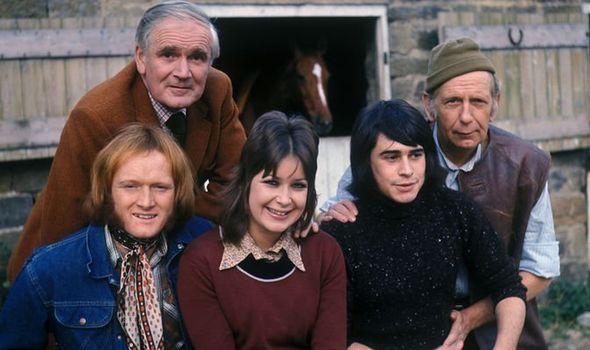 “This photo shows the main cast of Follyfoot, ITV’s hit horsey series which ran on late Sunday afternoons from 1971 until 1973. I played Dora, who along with Christian Rodska as Ron Stryker (on my left), Steve Hodson as Steve Ross (on my right) and Arthur English as Slugger Jones, tried to run a retirement home for horses on the farm of Dora’s uncle, Colonel Maddocks, played by Desmond Llewelyn (standing on the left). 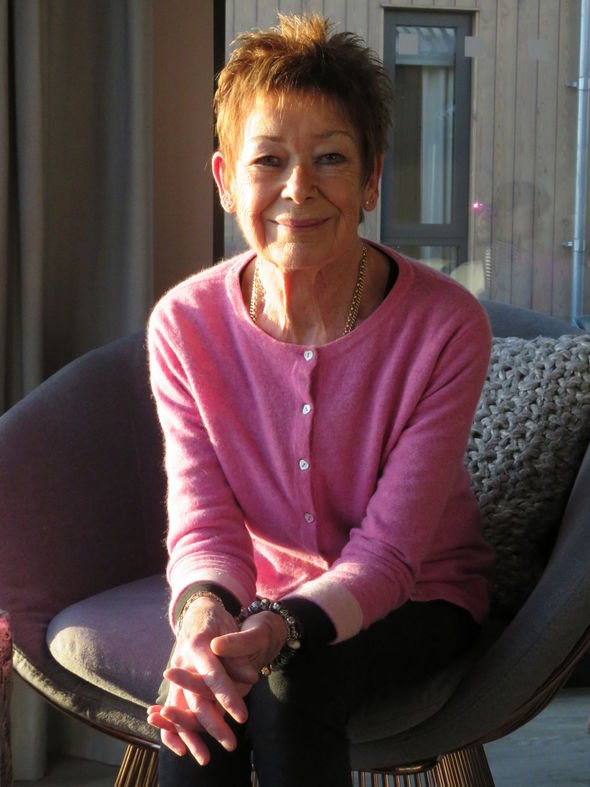 We all got on well and it was a great show to work on. Unfortunately, Desmond, who was best known as Q from the Bond movies, and Arthur, who went on to star in sitcom Are You Being Served?, are no longer with us. This picture makes me nostalgic as it was a wonderful three years, but now I’m in my seventies I find it difficult seeing myself looking so young.

I was born on May 10, 1949, in Buckingham and as a child I learnt to ride at the stables of the nearby public school Stowe. There was no history of show business in my family but a trip to see Judi Dench perform at Oxford Playhouse captured my imagination. I trained at Guildhall School Of Music & Drama. Given the stage surname Blake by my first agent, my first job was a brief appearance in the 1969 film Goodbye Mr Chips starring Peter O’Toole and Petula Clark.

I also worked on-screen with George Cole and Daniel Massey. But an opportunity to act alongside Laurence Olivier at the National Theatre was denied me when he suffered a heart attack and the production got cancelled.

I’m sure lots of actresses auditioned to be Dora in Follyfoot, which was inspired by a novel by Monica Dickens, great-granddaughter of Charles Dickens. In the end it was between Zoë Wanamaker and me. I think I benefited from having ridden from the age of five and having a thing for horses.

Follyfoot was filmed on the Harewood family estate near Leeds. I got paid £40 (plus expenses) per episode for the first series, which won a BAFTA, £100 an episode for series two and £200 an episode for series three. We got about 14 million viewers in the UK and it was sold around the world. Dora’s hairstyle was much copied. My hairdresser in Leeds told me people came in saying they wanted a “Dora” – so that’s what it got called.

Viewers enjoyed the chemistry between Dora and Steve. Off-screen we were just great mates. I was wed to photographer Michael Avory in the late 60s, but our marriage fell apart during Follyfoot. It was difficult for me to go anywhere without being stopped and people sang the theme song, The Lightning Tree, to me. I got a lot of unpleasant fan mail, some shocking fantasising things,
and stalkers. I loved the work but that’s all I wanted. The rest of it didn’t please me.

When Follyfoot ended, its executive producer, Tony Essex, got a big production in Australia called Luke’s Kingdom that I was going to go out and do with Oliver Tobias, then we were going to make a Follyfoot movie. On a visit home, Tony walked into his London flat and dropped dead of a heart attack. It was terrible. So I obviously didn’t go out to Australia and the movie didn’t happen… although he’d given me the rights to it and I still have them.

I met my second husband, Peter Whitbread, an actor/writer, when he played an auctioneer in series three. I moved to Norfolk in 1974, we had a son, Jake, in 1975 and married in 1980. I did a few things when Jake was old enough – recording children’s stories, a play for Anglia TV and two for the BBC, including Hallelujah Mary Plum, in which I appeared naked. But Peter believed that once you had a child you stayed at home, so that’s what I did. That marriage ended in 2002 and tragically Peter died two years later.

For 20 years now I’ve been on my own in a two-up two-down cottage with walls displaying pictures and posters of my career, one TV series in particular. I’m still recognised quite often, which is amazing. I’m so proud of Follyfoot. I think it’s ageless. The stories are as relevant now as they were then.”