There was drama in the Dales last yea when Jamie Tate (played by Alexander Lincoln) arrived with Andrea Tate (Anna Nightingale) and daughter Millie following a few weeks later. In a bid to keep him close, estranged mother Kim Tate (Claire King) made him a partner of the local veterinary practice, which she is a silent partner in owning the majority. Initially, there were a few hiccups with her at the helm, but Paddy Kirk (Dominic Brunt) and Vanessa Woodfield (Michelle Hardwick) subdued to the changes and put the needs of the practice before their hate for the Home Farm owner. But, official soap spoilers have revealed how the small business is facing financial difficulty, and tonight, Paddy mentioned a former fan-favourite. Will Pearl Ladderbanks (Meg Johnson) be making a comeback to Emmerdale?

Loveable Pearl was last seen on screen back in January this year baffling viewers with her sudden appearance in Brenda Walker’s (Lesley Dunlop) cafe.

The elderly village has been on the show since 2003, and many fans were left wondering whether her absence meant she was dead.

However, the ITV soap offered an explanation, and those watching at home at the beginning of the year were told she had been enjoying a long holiday in a caravan during her time away from the village.

Following that one scene, it is not clear as to whether Pearl will be returning on an ad-hoc basis or permanently. 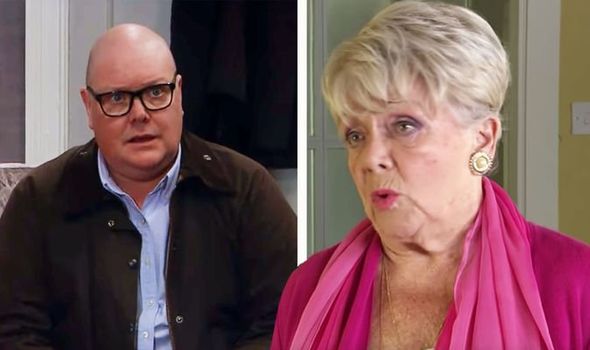 But during tonight’s episode, she was mentioned and it won’t be long until news reaches her about the structural changes being made in the practice – could this bring her back.

It came after Jamie arrived in the office: “Hiya, sorry I bumped into Andrea. Everything ok?”

“Not really,” Paddy remarked and Jamie remarked: “I mean we just went for lunch, I haven’t got anything booked in the diary until -“

Paddy cut him off and explained: “See that’s what’s not ok. I’ve been looking over the accounts and Pearl going part time has helped, but we’ve got locum’s to pay, a slow couple of months.

“Ok, should I be worried?” The newcomer asked. 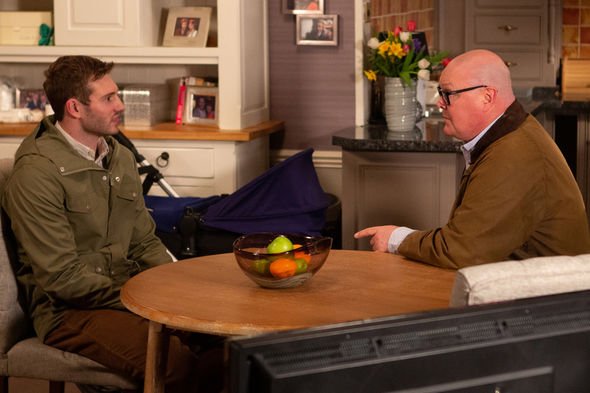 Jamie replied: “I’m not sure, she’ll probably be back in a sec. Gives me a chance to look over the accounts and then we can talk about it later on maybe?”

It is not known why Pearl is still being paid to work “part-time” like Paddy suggested, considering she was the receptionist at the vets before Belle was brought in.

Especially considering she is 82-years-old, so perhaps Paddy was referring to her pension? 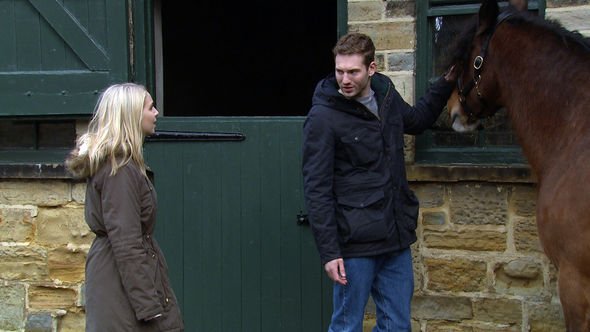 Either way, if the vets are looking to make cuts, she would have to be informed, and it wouldn’t be unlike to see the bawdy lady return and give Paddy what for.

Emmerdale fans also know it is going to be Belle who is hit the hardest.

And in a preview clip for an episode set to air later this week, Paddy sits down with the young woman and explains the partners decision.

Fuming at Jamie being the one responsible for her job loss, Belle decides to take matters into her own hands, convinced she is being used as a scapegoat after her and Jamie had an affair.

But what if this is a perfect opportunity for Belle to be poached by a new rival in the village?

After all, Rhona Goskirk (Zoe Henry) was driven out of the practice and after inheriting Graham Foster’s (Andrew Scarborough) fortune, she has decided to set up with Moira Barton (Natalie J. Robb).

Perhaps Belle could go and work for her instead?