Liv (played by Isobel Steele) has descended back into alcoholism during recent episodes of Emmerdale as she has struggled to come to terms with the part she played in Paul Ashdale’s (Reece Dinsdale) death. Last week on the ITV soap, the teenager confessed to her boyfriend Vinny Dingle (Bradley Johnson) she didn’t help his father when he was pleading for her to save his life. This tore the couple apart and they are both currently single, but could Belle (Eden Taylor-Draper) offer the young alcoholic a shoulder to cry on as she begins her journey to recover from her relapse?

At the moment, Liv is reluctant to accept help from her brother Aaron Dingle (Danny Miller) and his mother, Chas Dingle (Lucy Pargeter).

Without Vinny by her side, the youngster is spiralling beyond control and in upcoming scenes, her mother Sandra Flaherty (Joanne Mitchell) is going to make a return.

The mother-of-one is unfortunately not interested in listening to her daughter about her troubles, which pushes the teenager even further towards the bottle.

As it seems the troubled character is either not getting or rejecting any form of support, Belle could be the final resort.

Having had her own troubles over the years, she could begin to form a bond with Liv but it could turn into something more. 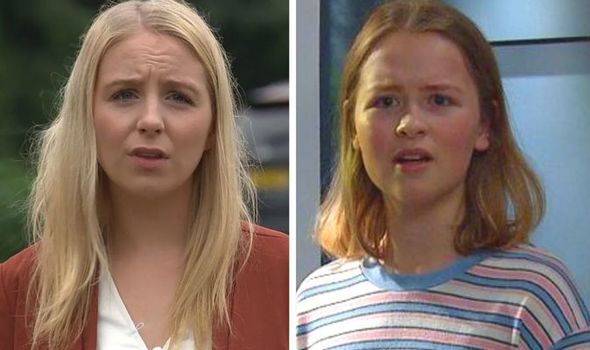 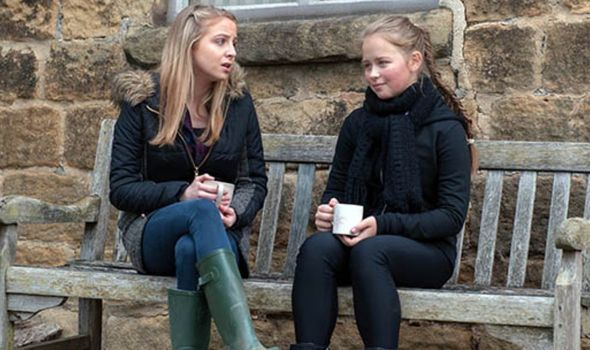 Speaking exclusively with Express.co.uk, the actress who plays Liv, explained she would like her character to spend more time with the Dingle woman.

The soap star said: “Belle, played by Eden, I love those two together. We’ve probably only had three scenes in our entire lives together.

“When we do [share a scene together], it’s like a hidden gem. It’s genuinely so rare but I think those two characters get on really well.

“Me and Eden, we’re really good friends outside of work but yeah, I love those two characters together.

“I think that [Belle] is very big sistery. I think Liv has taken the role of a parent with Aaron.” 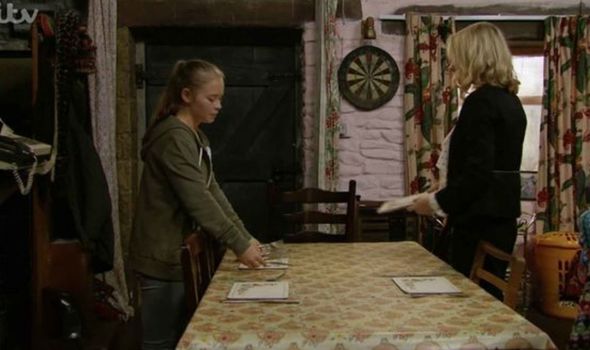 I love those two together

“Just because the relationship is needed and how she is there for him,” the actress continued, before turning back to her character’s connection with Belle.

“I think that the relationship with Belle is very much the opposite and I think Liv feels taken care of by her.

“She’s like her big sister and I would really like to see that play out more [in the future],” Isobel explained.

Over the years, Liv sexuality has been a huge talking point as the character made history by becoming the first villager to announce her asexuality.

This means an individual can have romantic relationships but they don’t sexual feelings or desires or feel sexually attracted to another person.

The youngster has therefore been able to have a connection with Vinny over the last few months and could go on to explore sparks with other villagers.

Although Belle has never had a relationship with a woman before, her experiences with men could lead her to explore a romance with a woman.

Knowing Liv needs some support from someone who is of a similar age, as well as an understanding of trauma, Belle could tell her family she will stage an intervention with the teenager.

As they bond, the women could realise they have more in common than they originally thought and spend more time together.

They could develop a sense they have both found their soulmate and begin a non-sexual, romantic relationship which sees Liv give up alcohol once more. 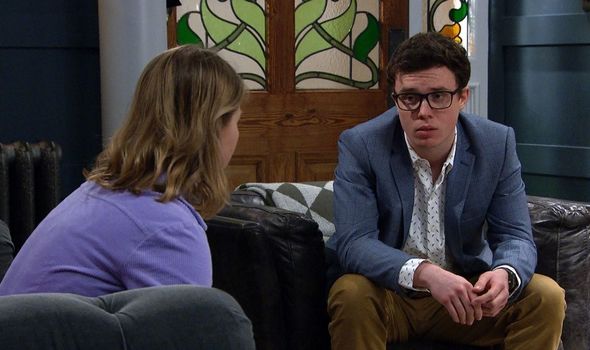 Ultimately, this would save the youngster from a dark path of destruction as Belle gives her a new lease of life.

Vinny could be crushed as he finds it hard to accept his former girlfriend moving on with someone else and his own struggles could amplify.

However, will this encourage him to find someone else who he can have a romance with and leave his past with Liv firmly in the past?

Taking to Twitter, viewers have been wanting a whole array of characters to save Liv from her latest turmoil.

One wrote on the social media platform: “I’m hoping somehow Eric [Pollard] will help Aaron get through to Liv #Emmerdale.”

Another posted: “Chas is about to take things into her own hands. But will she get through to Liv? I hope so #Emmerdale.”

Whilst a third remarked: “Liv, please open your eyes. Aaron cares about you #emmerdale.”

“Oh my God, poor Aaron’s giving up on Liv. You can’t give up Aaron, Paddy [Kirk] is right. Liv needs you deep down #Emmerdale,” a fourth shared.

Will anyone really be able to save the youngster before time runs out? Isobel also spoke about becoming a Dingle, so will she accept her family are only doing what’s best for her?

“It’s a shame she hasn’t got the name but she is definitely a Dingle in every part. What makes a Dingle a Dingle, Liv has.”