DI Mark Malone (played by Mark Womack) arrived in Emmerdale last month and has been causing trouble for several residents ever since. In recent scenes of the ITV soap, he has enlisted Will Taylor (Dean Andrews) to carry out dodgy jobs for him and in turn, is using him to persuade Cain Dingle (Jeff Hordley) and Billy Fletcher (Jay Kontzle) to get involved. But as the stakes get higher, it seems some of the criminals will do whatever they can to save themselves, even if this does mean one of them taking the fall. Could Cain find himself behind bars after a close ally betrays him?

Billy randomly turned up in the village one day after being released from a long prison sentence.

His mother – Jessie Dingle (Sandra Marvin) and brother Ellis Chapman (Aaron Anthony) were not the most welcoming, but after staying put and proving he was trying to turn his life around, he has finally been accepted.

More recently, those watching at home have seen Billy get closer to Dawn Taylor (Olivia Bromley), after bonding over similar criminal pasts.

Since embarking on a relationship with the mother-of-one, Billy has found himself in Will’s company more and more, so it is no surprise the mechanic is attempting to bring Billy into the fold, despite Billy not wanting to be dragged into dodgy dealings again.

With so much at risk, will Ellis be the one to betray Cain in order to save himself being thrown back in jail? 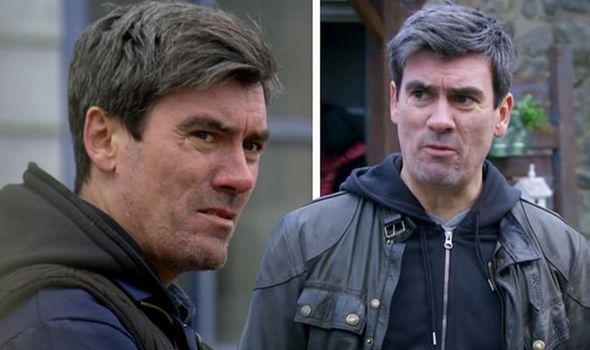 It comes after last week’s episodes saw Billy reveal he and Cain had kept the 4×4 to use it against Malone.

Cain was understandably angry when he found out the vehicle had gone missing, and after putting two and two together, he told Billy, Will’s actions had signed his own death warrant.

The actor who plays Billy spoke about the leverage Cain had and revealed how worried the young man was about what’s to come.

“[He’s] definitely worried about the consequences because he’s already had a few run ins with the law since coming over to the village. And his major worry is getting put back in prison again, because he knows that it’ll be a long stretch given the time that he’s done before, it would be a long time to spend in jail and so is worried they might lose it all,” Jay revealed. 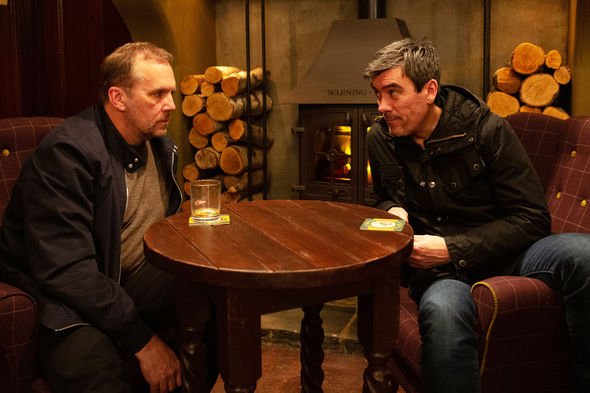 “He spent all this time trying to get back on the right path it could all turn sour again.”

Other spoiler images have revealed Billy will get arrested this week and Jay discussed this: “He’s definitely worried about what’s gonna happen next (after being arrested).

“His major thought is to make sure that everyone else is safe, but the same time, is he going have to take the fall for someone else and put himself in a position where he doesn’t want to be.

“So I think he’s left in a predicament, of is it him or someone else? That’s the major worry – Is he going to be left in this position?” 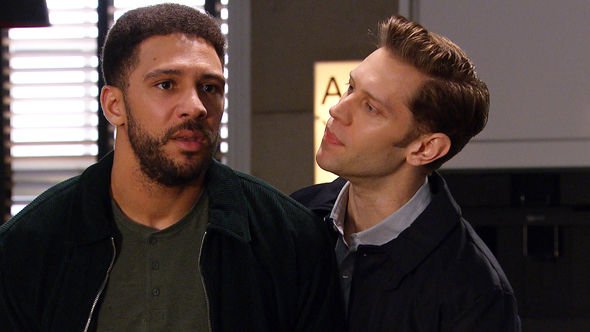 Without giving too much away, Malone offers Billy an ultimatum, but will this lead to further trouble for Billy?

Jay said: “Yes, definitely, I don’t think Billy can get away from trouble even when he tries!”

The actor also spoke about the current storyline and how he is getting to work with other Emmerdale cast members.

“It’s been such good fun!” Jay remarked. “It’s been a good storyline to get your teeth into.

“And it’s nice to work with some really professional and established actors, I’m in the position where I can learn a lot.

“I’ve had some really decent storylines in it [Emmerdale] and just seeing the improvement in a minute so it’s nice a really nice learning period for me,” he added.

Viewers will have to tune into find out whether Cain and Billy have the ability to take down Malone.