Ruby Allen (played by Louisa Lytton) accused Stacey Slater (Lacey Turner) of causing her miscarriage by pushing her down the stairs at the club. Although EastEnders viewers know this didn’t happen and Ruby miscarried prior to their clash, Martin believed his wife and has reported his ex-wife to the police. But, could this be part of the club owner’s plot to take custody of her nemesis’ children?

Ruby was thrilled to spend some time with her step-daughter Hope, who she opened up to about her father.

The grieving club owner remarked: “You’re really good at drawing, is that a doggy? No, it’s a horsey silly me.

“You know when I was little I really wanted a horsey and I begged my dad for ages for one and then one day he bought me one.

“His name was Charlie, he was small, he was white, he was really naughty. Do you want to know a secret? He was really smelly, I used to call him stinker.” 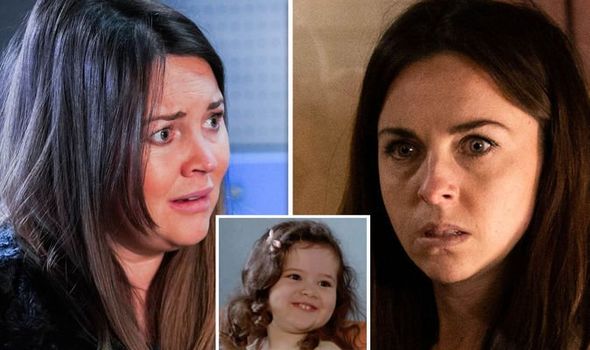 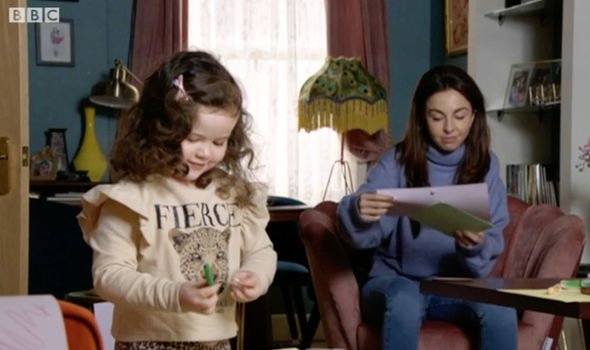 In an attempt to help his wife overcome the loss of their unborn baby, Martin created a small memorial at his allotment.

Ruby was touched by the sentiment and revealed she was convinced she was carrying a baby girl which she would have named Lulu.

On their way home, the couple bumped into Stacey with Hope and Ruby struggled to watch on as Martin spoke to his daughter. 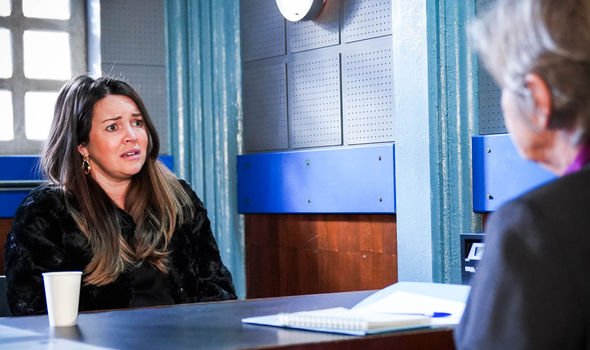 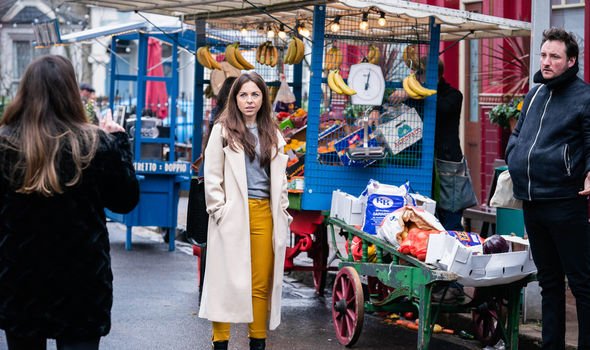 But Ruby was overwhelmed when she learnt the youngster asked Martin for a horse after hearing her step-mum’s story.

“It will get easier, Ruby seeing her,” Martin remarked but his wife hit back: “She’s just walking around the square happy as she likes.”

“Don’t make this about Stacey, this is about us,” he replied.

“No, it’s about what she took from us,” the club owner said. “You said you wanted to help me move on.”

“I’ll do anything,” he said and she asked: “Do you really mean that?”

At the Slaters, Martin warned: “Tomorrow you’re going to have to come up with a plan. Get the kids out early doors to be on the safe side.”

“The police are going to come around at some point and take you in for questioning,” Ruby added.

“You’ve reported me to the police?” Stacey questioned. “You agree with that, do you?”

“He did more than just agree,” Ruby quipped and Martin revealed: “I called the police, it was me.”

Ruby is desperate to have children of her own and bonding with Hope could have sparked the plot to have Stacey’s ability to be a mother questioned by the police.

The club owner could manipulate Martin into thinking his children are temporarily better off with him and Ruby.

Lily and Arthur are not Martin’s biological children but Ruby’s touching moment with Hope could suggest she has her sights set on being a huge part of the tot’s life.

EastEnders continues on BBC One on Tuesday at 7.35pm.