Death in Paradise might be over but fans are able to re-live the BBC One drama by watching past episodes on BBC iPlayer. Episodes featuring all of the previously detectives, including DI Jack Mooney (played by Ardal O’Hanlon) who left midway through the season. Here’s everything you need to know about the actress playing Anna who convinced him to leave the island for good.

WARNING: This article contains spoilers from Death in Paradise season 9.

After DI Humphrey Goodman (Kris Marshall) gave up his position as lead detective on Saint Marie to be with his true love Martha Lloyd (Sally Bretton) back in London, the job vacancy had to be filled.
Luckily for the Honoré Police force, DI Mooney was at hand and took over the role, remaining positive throughout most of his stay on the island.
O’Hanlon took on the main part in Death in Paradise for three seasons but announced last year he would be making his exit.
This led to a new character being welcomed into the show, who gave him a reason to leave it all behind. 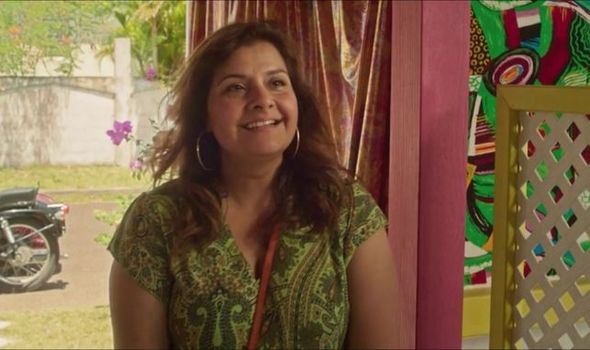 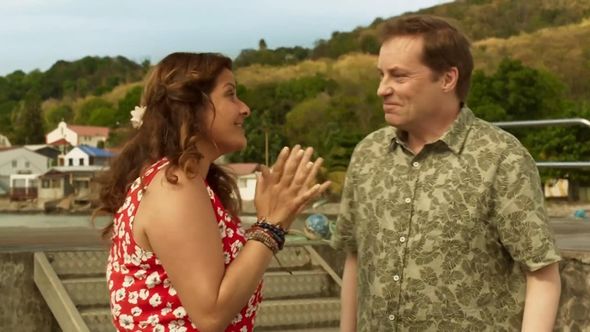 Anna Houghton (Nina Wadia) decided to go travelling after she had split up from her husband.
Jack was more than happy to show her around as she didn’t know anyone there and was travelling alone.
But their friendship soon blossomed into something more and she asked him to go with her on her travels across the globe.
Initially unsure if he wanted to leave, Jack changed his mind and left Saint Marie to be with his daughter in London instead. 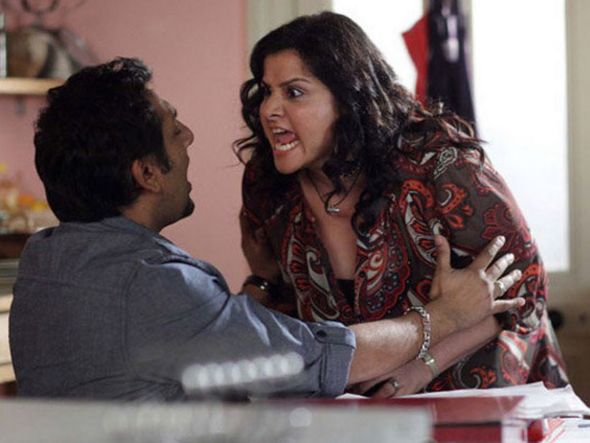 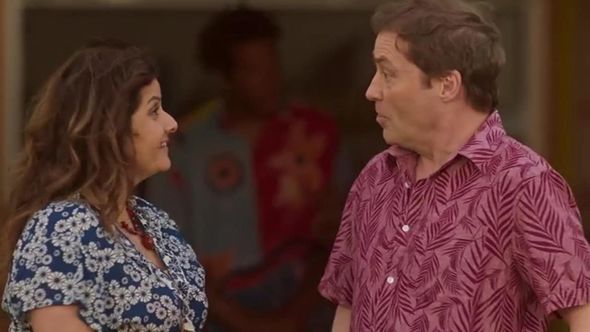 Who plays Anna in Death in Paradise?

Actress Nina Wadia is the woman behind Anna, the one who captures Jack’s heart on Saint Marie.
Wadia has had an extensive acting career which started in 1991 when she played Sharma in 2Point4 Children.
From then, she went on to feature in shows such as Casualty, Goodness Gracious Me, Perfect World, Chambers, All About Me, Still Open All Hours, Trollied and Danny and Mick.
However, one of her most well-known roles was in another BBC One drama.

Wadia played Zainab Masood in EastEnders for nine years but prior to this, took on the role for one year in the spin-off show EastEnders: E20.
Zainab will be remembered for being married to Masood Ahmed (Nitin Ganatra) and was mother of Syed (Marc Elliott), Shabnam (Rakhee Thakrar), Tamwar (Himesh Patel) and Kamil Masood (Arian Chikhlia).
She was at the centre of some major storylines including her son Syed coming out as gay and marrying Christian (John Partridge).
Her marriage to Masood didn’t last though and she ended up with abusive Yusef Khan (Ace Bhatti), who started the house fire which caused Tamwar’s third-degree burns on his back.

Following her appearance in Death in Paradise, according to Wadia’s IMDB, she is meant to be featuring in new E4 sitcom Maxxx.
The show was meant to start airing but the makers of the show have instead decided to hold broadcasting the new series until later on in the year.
She will also be starring in film A Gift From Bob, the sequel to A Street Cat Named Bob which will be released sometime in 2021.
Death in Paradise season 9 is available to watch on BBC iPlayer.