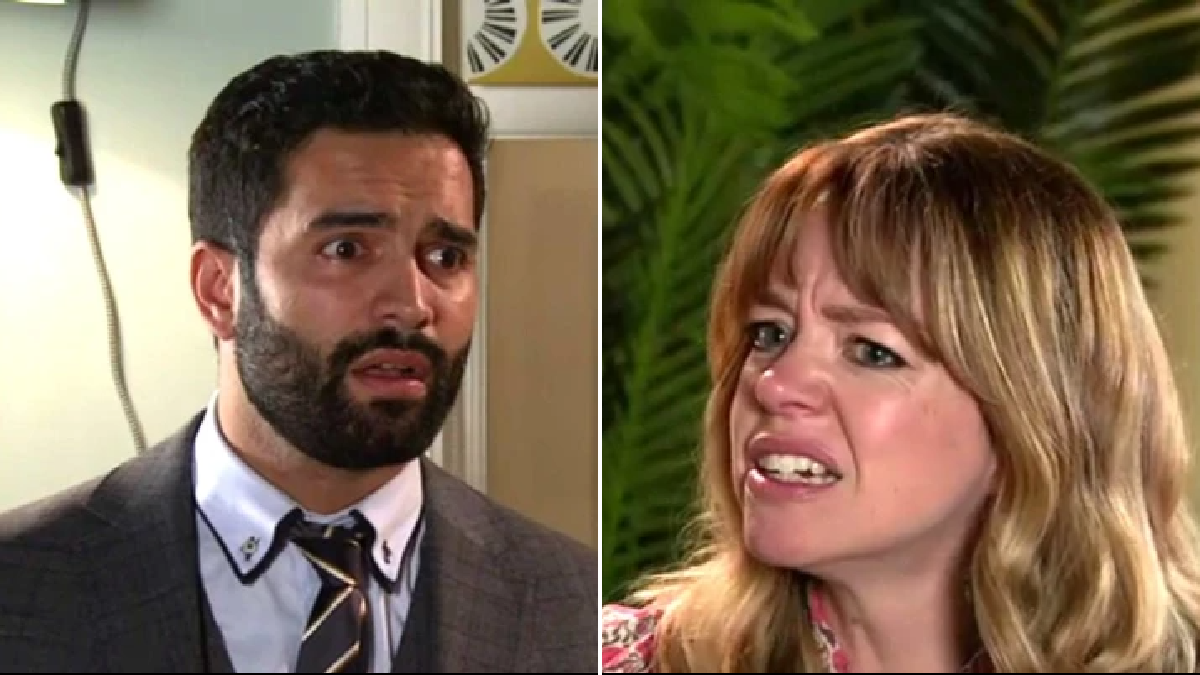 It was bad enough for Toyah Battersby (Georgia Taylor) to discover that Imran Habeeb (Charlie de Melo) had cheated on her in Coronation Street. The rat!

But while Toyah has struggled to forgive him and a thaw starts to unfold, another revelation could soon explode – as Abi Franklin (Sally Carman) doesn’t know if she is pregnant with Imran’s baby.

Given Toyah’s battle to have a baby – and the fact that she doesn’t know that Abi was the person Imran slept with – the stage is set for heartache, fury and a split of epic proportions.

Show boss Iain MacLeod told Metro.co.uk: ‘Abi is someone used to finding herself in a pickle and 2022 will continue in that vain. It’s a really challenging year, she could lose Kevin and Jack and she will be caught in a David and Goliath legal battle.

‘It threatens to destroy Imran and Toyah’s relationship as Toyah does not know the full truth. It tests the bounds of Toyah’s forgiveness to the max.

‘Imran is forced to look in a mirror and consider himself and the man who he is – he could go to the dark side.’

Well yes, that reflection won’t paint him in a good light for sure. But the impact of his actions will be further reaching than he could never imagine.

Iain enthused: ‘It’s a big buried bomb just waiting for people to end up in the blast radius. It won’t be for months but the way it happens is very surprising.

‘It’s big and shocking and it’s the last thing you’d expect from something this way. It turns into a gobsmacking cataclysm.

‘It’s intimate but the shock will make people fall off their chairs. It’s no secret that Sally is a fantastic actor, rightly awarded, so it’s exciting to keep her and draw in Mike, Georgie, Charlie. Smack them in the middle of something colossal.’