Coronation Street resident Yasmeen Nazir (played by Shelley King) has been struggling to come to terms with the idea Geoff Metcalfe (Ian Bartholemew) isn’t as innocent as he has led her to believe. For weeks, Alya Nazir (Sair Khan) has been in her Grandma’s ear telling her to leave the abusive relationship but she has refused to listen. Tonight, Yasmeen took a huge step forward in securing her freedom, is she planning to fake her own death in the ultimate storyline twist?

Geoff has been coercively controlling Yasmeen since they returned home from their honeymoon last year.

It started off subtly, but Geoff currently has full control of Yasmeen and any move she makes in Weatherfield, whether that be taking her credit cards away or killing her pet chicken to prove a point.

Yasmeen’s granddaughter Alya has been trying to make Yasmeen see what a terrible human being Geoff is, but it is difficult considering this is the “normal” Yasmeen now knows.

This week, however, has seen a change in the tide for Yasmeen because she is starting to see the cracks, but she is suffering an internal battle of guilt and shame which her husband has instilled in her. 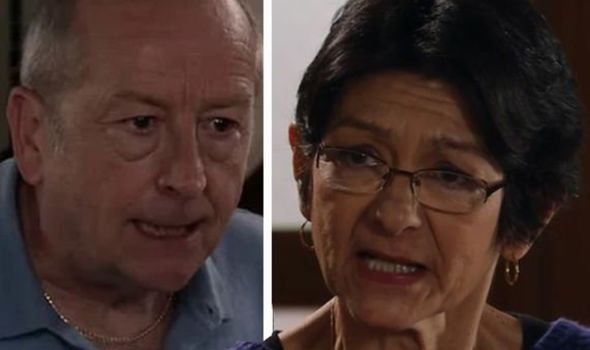 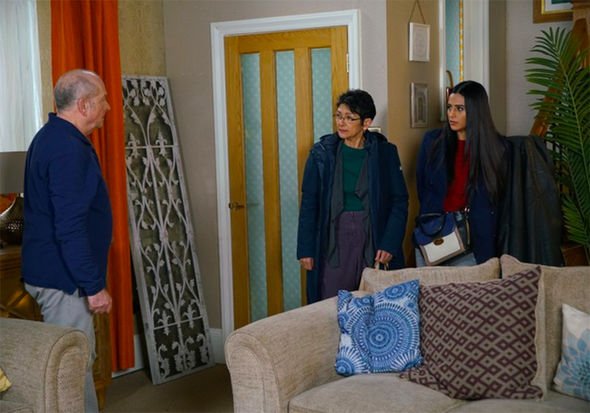 On Monday night, Geoff disappeared and left a bloodied photograph in the house when Yasmeen said she was going to Spain.

After 42 missed messages and one suggesting Geoff would kill himself, Yasmeen and Alya rushed to the house only to find him not there.

Yasmeen told Alya she couldn’t possibly go to Spain and the granddaughter stormed out of the house thinking she had made progress.

But the seed had been planted and Yasmeen refused to sleep in the same bed as Geoff that night. 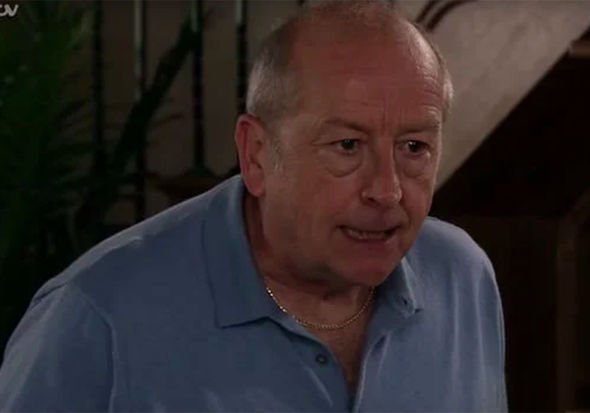 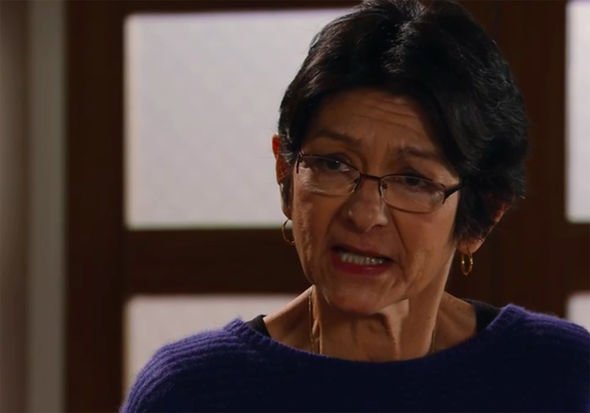 Tonight, Yasmeen secretly met with two policewomen to discuss Geoff’s shady past and try and get some clarity as to who he really is.

The women offered to give her the help she needed, but Yasmeen wanted time to think about it.

Yasmeen asked if she could take their card in case she changed her mind but they told her that it could put her in even more danger if Geoff found the card.

Later on Ryan Connor (Ryan Prescott) returned Yasmeen’s packed suitcase that she was going to take to Spain and Yasmeen told him she was fine and to leave her to sort everything.

Ryan told Yasmeen: “If there is anything you need, you know where I am.”

He then went on to ask Yasmeen if she wanted him to take her suitcase upstairs but Yasmeen said she would take care of it.

However, at the end of tonight’s show, Yasmeen made a bold decision and one viewers haven’t seen from her yet.

Yasmeen took the packed suitcase and when Geoff was at the pub, she hid the suitcase in a cupboard under the stairs, possibly in the hope of accessing it at a moment’s notice.

Yasmeen also hid a leaflet tonight with all the information she would need if she needed protection, but is she plotting something a lot more dramatic?

With everyone’s concerns in her head, would Yasmeen fake her own death in a desperate bid to get rid of Geoff from her life for good?

After nearly a year of abuse, this could be the only way she can see to escape Geoff.

If you or anyone you know has been affected by Yasmeen’s storyline please see Women’s Aid website here.

Coronation Street continues on ITV on Monday, Wednesday and Friday at 7.30pm.