It’s been a month now since Ken Barlow (played by Bill Roache) and Claudia Colby (Rula Lenska) moved from Coronation Street to Still Waters only to realise Norris Cole (Malcolm Hebden) was also a resident. Ken hasn’t made a great first impression and was even fined this week, but he is about to go one step further on the ITV soap and make an enemy of Still Water’s “leader” Charles Moore (Michael Elwyn).

Ken was smacked with a £200 fine this week when Charles realised the former Weatherfield resident had “illegally” smuggled in his dog Eccles.

Eccles then used the homes carpet as a toilet leaving Charles issuing a fine and Ken demanding to see a copy of the Resident’s Handbook.

But when Charles refused to hand it over, battle lines were drawn and Ken decided he wouldn’t stop until he was head of the home.

In upcoming scenes, Ken is going to try and rumble Charles and the many lies he has weaved through the home over the last seven years. 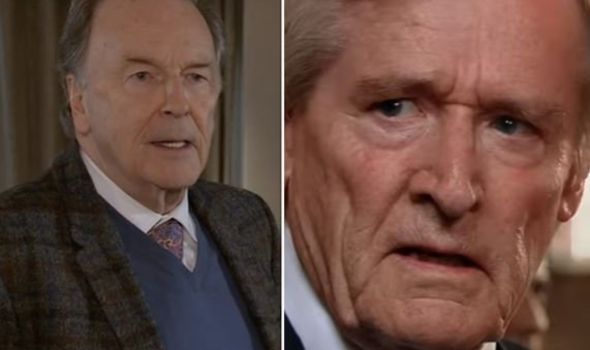 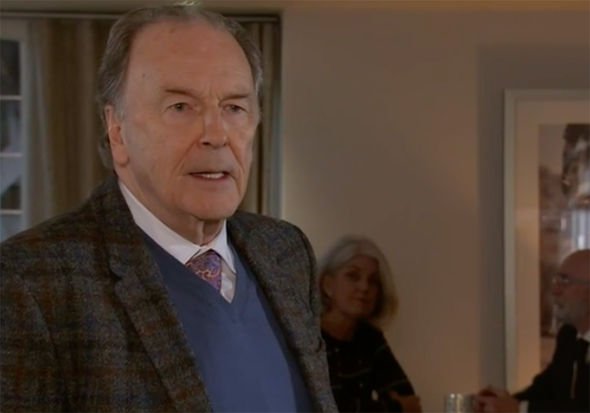 Ken wasn’t exactly eager to leave the Weatherfield home he had spent the last 60 years in.

He found some common ground with the residents though when in his first week he was asked to head up the Literary Society’s event.

That was his first mistake because this is and will always be Charles’ event as the self-ordained “leader” of Still Waters.

But it seems no one has ever challenged Charles’ leadership, and Ken thinks it’s time for an election. 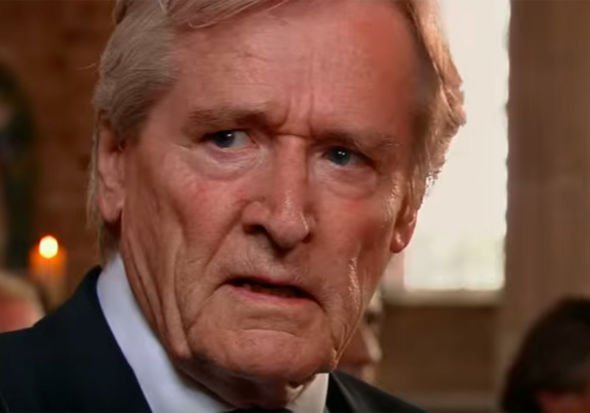 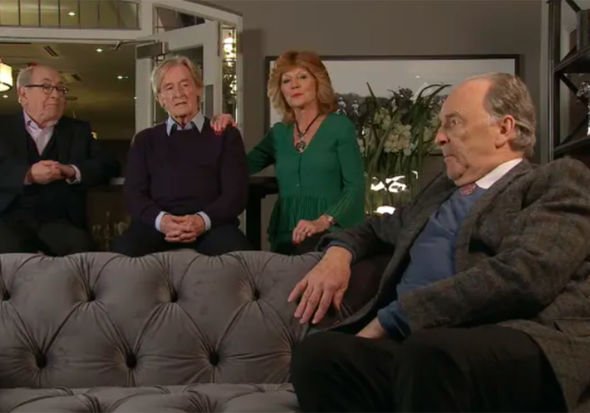 On Wednesday, Ken, Claudia and Norris will all sit around with Charles and other residents as Charles created stories about his past.

Charles will say: “Hatton Garden. That was down to me as well, a coppers intuition.”

Claudia will ask: “But, weren’t you in the transport police?”

Charles chips in: “Well. Yes. How do you think I got there? As soon as it happened I was straight on the blower.”

Norris says surely Charles would have been retired by the time the Hatton Garden heist happened, but Charles instantly dismissed the idea saying that the police never really retire.”

Ken interrupts: “Well this is a fascinating tale but I wonder if I might have a quick word.”

Charles will snap round to look at Ken and say: “Why? You’re dogs not fouled any more carpets has he?”

But Norris will explain that actually Ken wants to see a copy of the Resident’s Rule Book.

Charles quickly says that there is a new copy on the way, but all the old copies have been thrown away to make way for the new one.

When Claudia asks the rules on fining residents, Charles says: “Rarely happens. Every now and then there is a troublemaker intent on ruining things for others.

“So we have to crack down on that sort of anti-social behaviour.

Ken interrupts once again: “Well if you have been in charge for seven years maybe we are due for an election. Put it to a vote.”

But, if there is an election held, will Ken be able to beat Charles and what will happen if Charles does in fact lose?