Geoff (played by Ian Bartholomew) seems to have kept his fellow Coronation Street resident’s suspicions about how he’s treating wife Yasmeen (Shelley King) at bay. However, one person he hasn’t managed to convince is his beloved’s granddaughter Alya Nazir (Sair Khan), who threatens to derail his plans to control her grandmother’s entire life. As the weeks roll on, the truth about what’s really going on behind closed doors comes ever closer to being exposed. In an attempt to ensure his true colours are harboured forevermore, will the villain make a drastic move to address his issues on the ITV soap?

Arriving as the father of established resident Tim Metcalfe (Joe Duttine) almost two years ago, the pensioner charmed his way into the Weatherfield community.

As a hit favourite on the hospital radio, there was nothing to indicate Geoff would become one of the soap’s most hated characters.

Even before the pair eventually married around Christmas, viewers were beginning to see the true extent of the villains controlling ways and expressed their discomfort for how he was treating Yasmeen on social media.

It’s been reported his long-suffering wife will the action as the coercive storyline reaches a peak in upcoming scenes, but could the abusive character be forced to realise the hurt he’s caused and seek professional help? 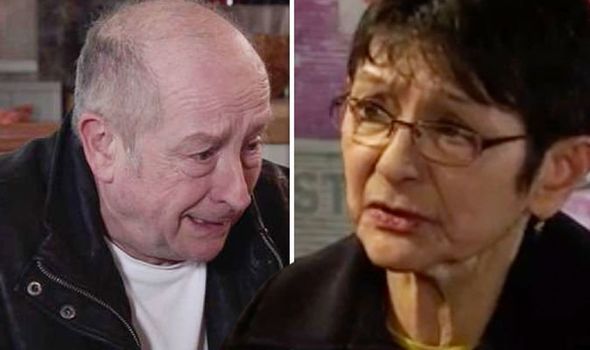 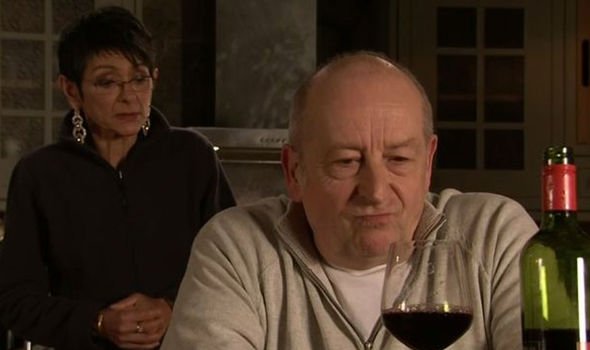 It’s been seen in other soap operas, who have also explored the harsh reality of domestic abuse recently, characters who are the villains have been attending therapy to address their underlying issues.

However, this has been done in the context of other residents not realising what’s really happening behind closed doors and how the charming abusers have a violent side.

Similarly, this could be seen in Weatherfield as the coercive storyline reaches a head, with Yasmeen at her wit’s end and left with no choice but to stop her husband lashing out at her.

Upon reflection of what happens to him, Geoff could decide he needs help to understand why he feels he needs to belittle his beloved. 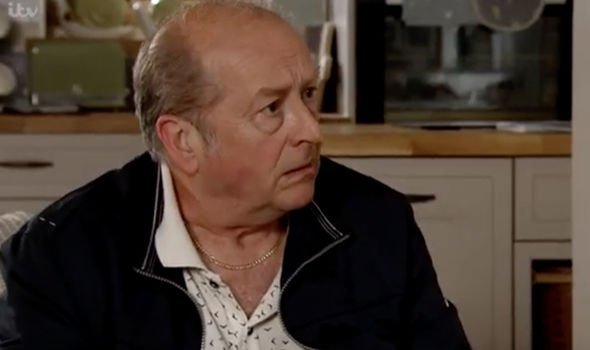 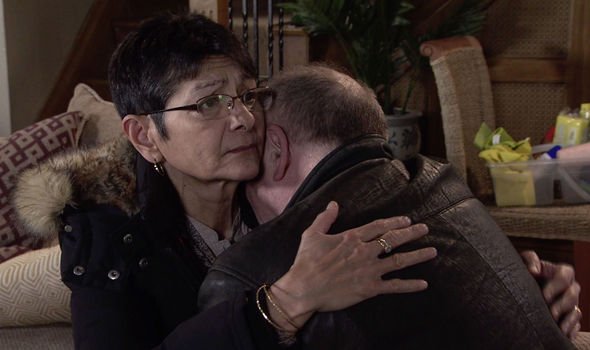 Abuser may even acknowledge a need to seek help

Chantal Hughes, CEO of domestic abuse charity, The Hampton Trust spoke exclusively to Express.co.uk about the measures Geoff could take to address his issues.

She explained how a perpetrator’s acknowledgement of their anger comes after the fear their other half would walk out on them.

“After an event where a victim has experienced abuse, it is not uncommon for the abuser to act very remorseful and to convince a victim that it was a one-off incident or due to a range of stressful circumstances and that it will not happen again.

“This is called the honeymoon period as often a victim will be showered with gifts, apologies and promises of a new start. An abuser may even acknowledge a need to seek help.”

Despite making the promise, someone in Yasmeen’s position can often feel they’re just being lied to again and need assurance from the perpetrator they are willing to change.

The Sun reports the long-suffering pensioner will end up being charged with attempted murder as she loses her cool with Geoff.

It’s not been confirmed if this will happen, but if the pair get back together, her husband may be left with no other choice than to go to therapy if he wants to remain married to his beloved.

Soap star Ian has often explained his alter-ego feels the need to control his other-half because of his love for her.

Knowing the lengths he drove Yasmeen too, but not tarnishing his reputation by telling everyone why he ended up fighting for his life, will Geoff delve into his past to better himself for the future?

Or, will he continue to manipulate his wife and lie about attending therapy to ensure he keeps control of her?

The soap certainly has taken their time building this storyline, working with numbers charities to reflect the reality of coercive control relationships.

Speaking to RadioTimes.com, Executive Producer Iain MacLeod said of the conclusion to the harrowing plot: “Where Geoff is headed, I hope it will give people at home who are in abusive relationships the courage and insight to get out before it’s too late.”

If you or anyone you know has been affected by Yasmeen’s storyline, please find more information by visiting the Women’s Aid website or call Refuge on 0808 2000 247.